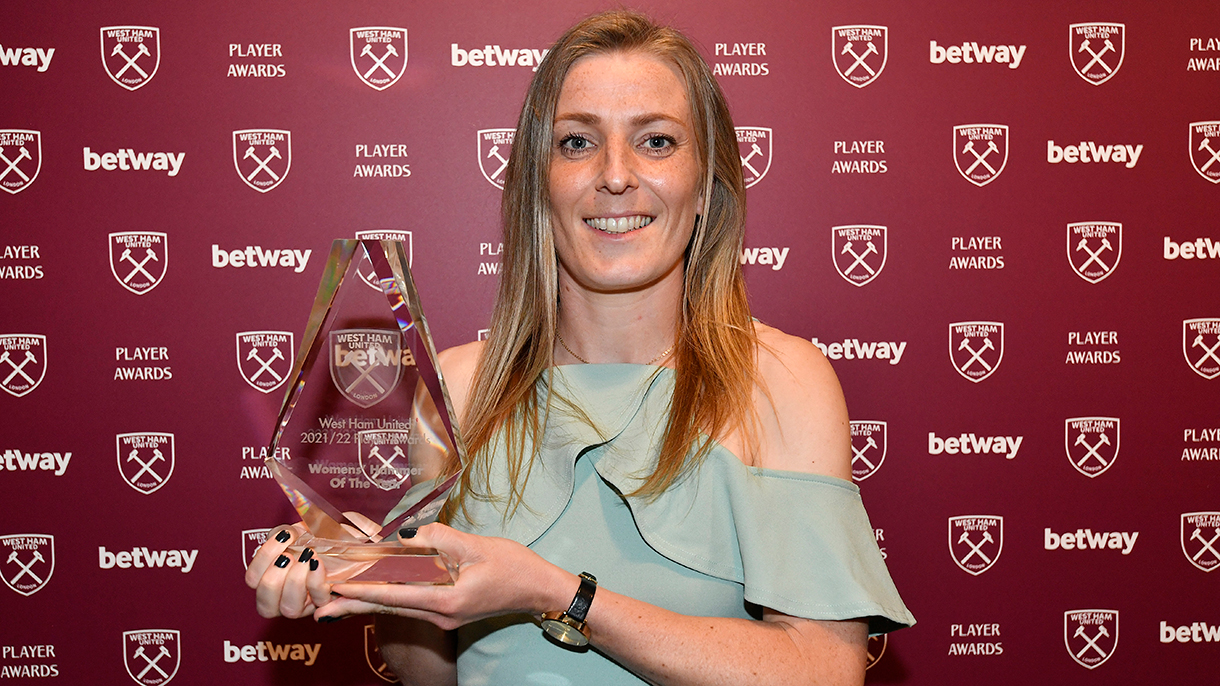 Kate Longhurst has been named the 2021/22 Women's Hammer of the Year award, sponsored by England Environmental Services.

Longhurst has been a key cog in a solid season for West Ham United, who have had their most successful campaign as a professional team to date.

The 33-year-old has featured in all 22 of the Hammers' Barclays FA Women's Super League matches this season, scoring a last-minute equaliser in the 1-1 draw against Tottenham Hotspur in January.

Longhurst has proven to be incredibly versatile throughout the season, moving from her native central midfield position to play at wing-back and occasionally in central defence.

She also became only the second-ever female footballer to reach 100 competitive appearances for the Club in April against Reading.

Upon receiving the award, Longhurst said: "It's been a long season, but it's really nice to get something at the end of it!

"I'm a fan first. It's great to play for West Ham. When I play football, I've always wanted to work hard and have pride in the way I carry myself, but to do it for the Club you love... just to wear the badge and play for the Club I love is unbelievable.

"We're steadily building as a Club. Hopefully one day we can get to London Stadium and pack that out, but women's football is going in the right direction.

"We just want to make it possible for little girls to say: 'That's what I want to do as a job.'"

Everyone at West Ham United would like to congratulate Kate on her award after a fine season for the Club.