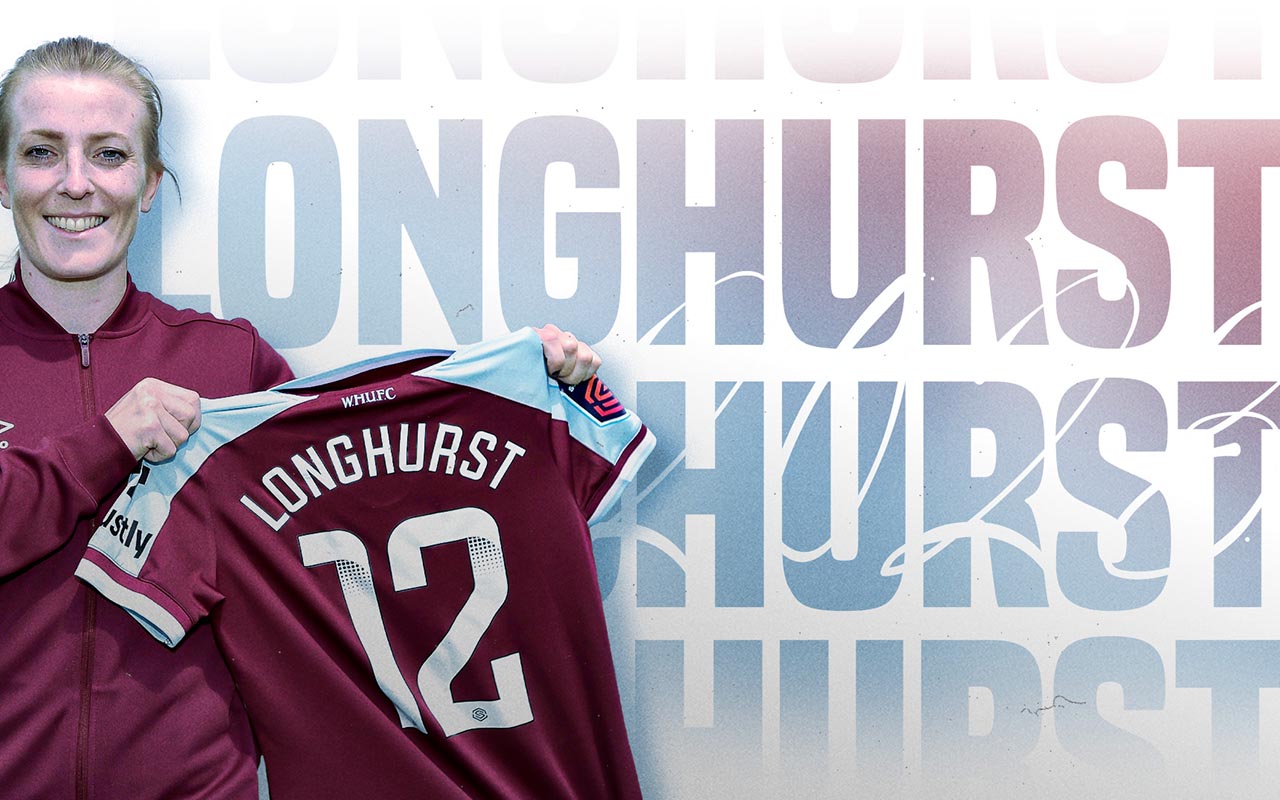 West Ham United Women are delighted to announce that Kate Longhurst has extended her contract with the Club until the summer of 2023.

‘Mrs West Ham’, as she has affectionately been nicknamed due to her unwavering support for the Hammers, played in all 22 WSL matches last season – scoring a memorable last minute equalizing goal against Tottenham Hotspur in January.

Longhurst was an important cog in the team, moving away from her familiar central midfield role to feature predominantly at wing-back under former manager, Olli Harder.

The 33-year-old also celebrated a special milestone during the previous campaign when she made her 100th appearance for West Ham United, becoming only the second ever female footballer to do so for the Club.

On extending her contract with the Club, Longhurst said: “I’m really excited to be staying for another year.

“As a Club, I feel like we have progressed a lot in the time that I have been here, and I’m hoping that next season will be the best one yet.

“This season, we’ve managed to get our highest number of points that we’ve had in a season in the WSL. It’s been really enjoyable to play for this team and do as well as we have. We have some great people here and there’s certainly something we can continue to build on in the future.

“I’m really looking forward to the new season getting underway… once I have had a little bit of a break!

“West Ham is my Club, and there’s no place I’d rather be.”

One of our own! ❤️⚒@katelonghurst20 has extended her stay with us until 2023! ✍️ pic.twitter.com/f6YOKzyg4F

General Manager, Aidan Boxall said: “Kate personifies everything that this football Club is about; her energy, enthusiasm, passion, commitment has been shown consistently over the course of her time here.

“I’ve known Kate for the best part of ten years, and for me, the 2021/22 season has been her best yet and I think everyone has seen that. We want her to be a key part of the football Club going into next season.”