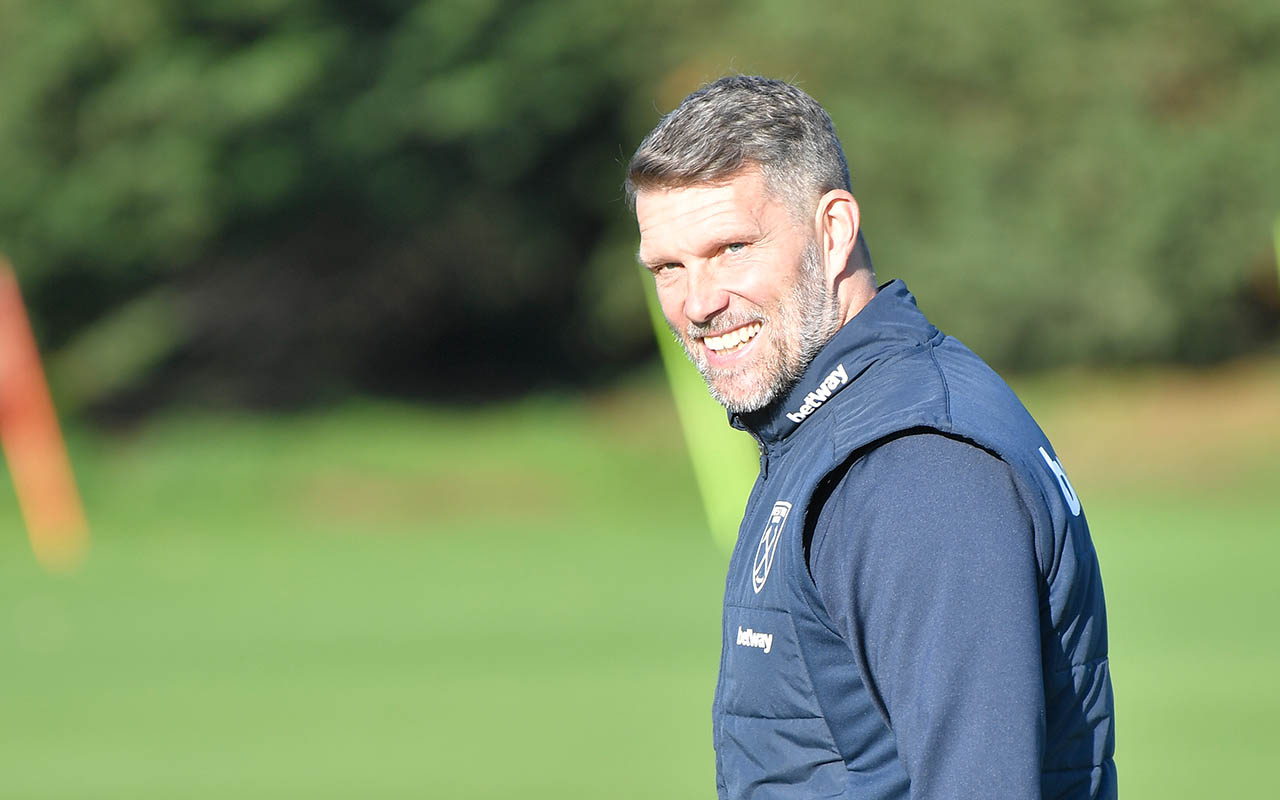 West Ham United Women are delighted to confirm the appointment of Jimmy Walker as assistant manager.

The 49-year-old has been working as part of Paul Konchesky’s coaching team since the beginning of the new season, and now makes the step up into the No2 role after the departure of Edu Rubio.

The former shot-stopper was part of the West Ham squad that secured a return to the Premier League in 2005 and reached the FA Cup final in 2006.

Walker’s playing career came to an end in 2013 and he has since earned extensive coaching experience with Peterborough United, Sunderland, Lincoln City, Ipswich Town and the Hammers U18s side, where he was goalkeeping consultant for a period last season.

Walker is delighted to be able to slot into the role and be alongside his former teammate Konchesky in the dugout.

“Firstly, I’m delighted to be given this wonderful opportunity,” he smiled.

“I’ve really enjoyed working with the players here since Konch (Paul Konchesky) asked me to come in and help out with the goalkeepers.

“I’ve got a really tight relationship with Konch, that goes all the way back to when we were teammates, so I’m pleased that I’m able to work alongside him.

“It’s an exciting opportunity for me – we’ve got some great quality within the squad and I’m hoping that we can have a successful season.”

Konchesky is pleased to have the experience of Walker to call upon for the remainder of the campaign.

“I’m delighted that Jimmy is making the step up to be my assistant for the remainder of the campaign.

“Jimmy is somebody that I’m really pleased to have as my number two. I’ve known him for a very long time and has been helping us out with the goalkeepers this season. He’s fitted into the group seamlessly and the girls really respect him.

“He has a fantastic amount of knowledge and experience from his years as a player and as a coach.

“I’m really excited by the prospect of working with Jimmy, alongside our first-team coach, Danielle Bowman, in leading this team to the goals we want to achieve."

Everyone at West Ham United would like to wish Jimmy the very best of luck in his new role.

West Ham United Women face off against Leicester City this weekend, with tickets for the game at Chigwell Construction Stadium now on sale!