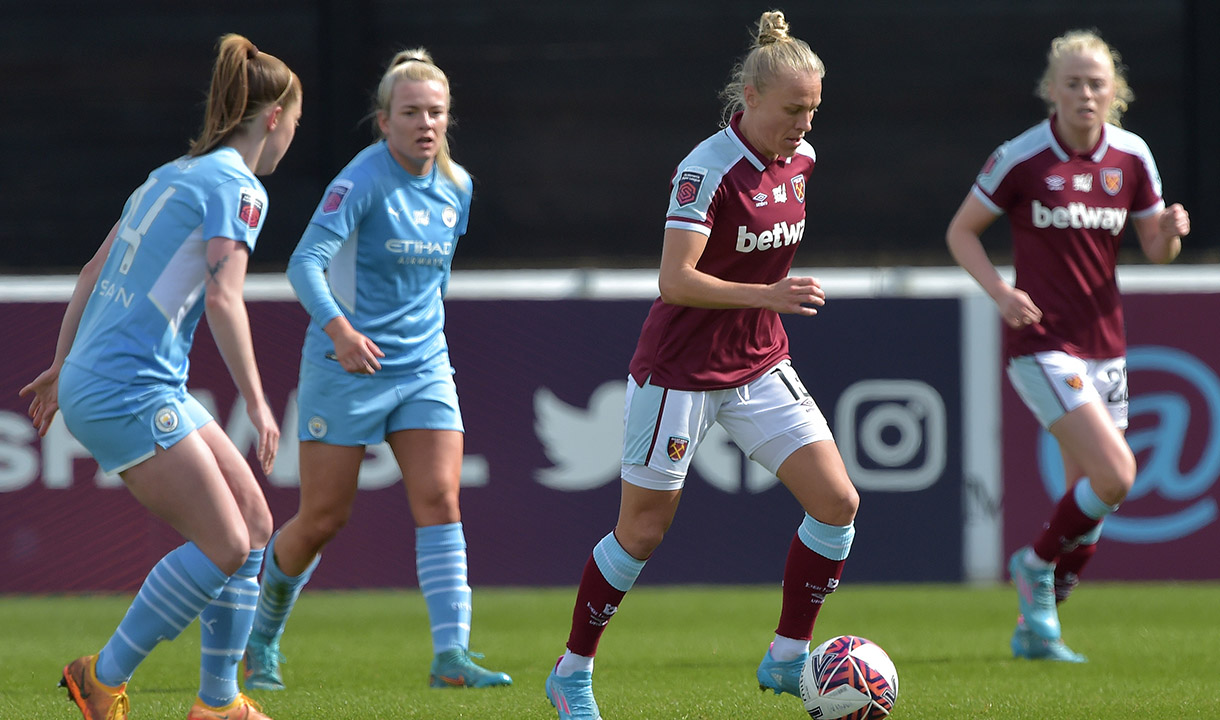 West Ham United fell to a 2-0 defeat at home to Manchester City in the Barclays FA Women’s Super League on Saturday.

A resolute performance from the Irons was not enough to contain Gareth Taylor’s City, who found the net in either half courtesy of Georgia Stanway and Khadija Shaw.

The home team were a threat to City’s backline but were unable to make good chances count as Adriana Leon, Lucy Parker and Claudia Walker all missed opportunities to bring the Irons onto the scoresheet and back into the fixture.

Played in glorious, early Spring sunshine in east London, the Hammers marked a historic achievement ahead of kick-off, as captain Gilly Flaherty headed into her 100th competitive appearance in Claret and Blue.

Watch highlights from the game above on West Ham TV!

The Irons now have just under two weeks in the international break to prepare for their upcoming FA Cup semi-final against Manchester City.

The match is set to take place at the Chigwell Construction Stadium on Saturday 16 April 2022, kicking off at 12.15pm BST.