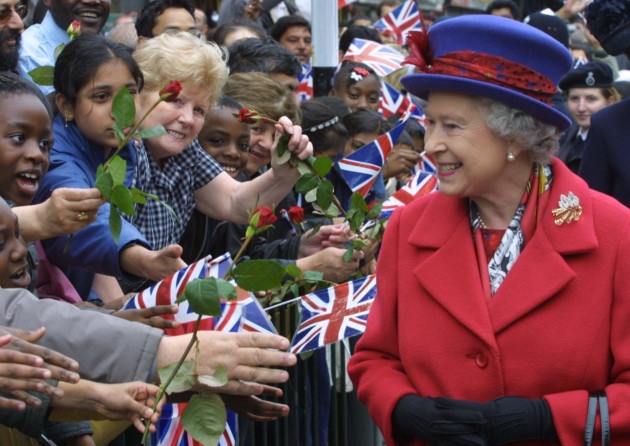 Her Majesty Queen Elizabeth II reigned over the United Kingdom and the Commonwealth for more than 70 years – a life of impeccable public service that took her to all corners of the earth and saw her adored and loved globally.

Born in London in April 1926, her duties and dedication touched the lives of millions of people, including those in east London and across the West Ham United community…

Queen Elizabeth II first visited east London during the Second World War, joining her mother, Queen Elizabeth, in 1944. Then just a teenager, she won the hearts of local people whose homes and businesses had been bombed by the Axis forces, and playing her part in the Allies’ ultimate victory the following year.

In July 1966, Her Majesty presented England captain Bobby Moore with the Jules Rimet Trophy at Wembley Stadium after the West Ham centre-half had led his country to a 4-2 win over West Germany in the FIFA World Cup final. Showing the respect for which he was known, Moore famously wiped his muddy hands on a cloth before receiving the trophy and his winner’s medal from The Queen, who was wearing white gloves.

Her Majesty also presented Moore’s West Ham teammates, hat-trick hero Geoff Hurst and goalscorer Martin Peters, with their winner’s medals, before all three Hammers later visited Buckingham Palace to be honoured – Moore was made an OBE in 1967, Hurst an OBE in 1979 and a Knight Bachelor in 1998, and Peters an MBE in 1978.

West Ham United welcomed The Queen to Upton Park on 9 May 2002, when the Monarch opened the new West Stand at the Boleyn Ground. Her Majesty was joined by Prince Philip – her husband of 74 years who sadly passed away in 2021 at the age of 99 – as the 15,000-capacity all-seater stand was officially opened with the unveiling of a plaque as part of The Queen’s Golden Jubilee celebrations.

Chairman Terence Brown welcomed Her Majesty, who was presented with a posy of flowers before meeting manager Glenn Roeder and Academy of Football players Joe Cole, Jermain Defoe and Glen Johnson. The Royal party then enjoyed a Golden Jubilee Luncheon with Hammers officials and representatives from the London Boroughs of Newham, Barking & Dagenham, Bexley, Greenwich, Havering, Redbridge, Tower Hamlets and Waltham Forest.

Alongside Moore, Hurst and Peters, The Queen also honoured a number of others with either direct or very strong West Ham links, with the trio’s FA Cup and European Cup Winners’ Cup-winning manager Ron Greenwood being made a CBE in 1981.

Other former Hammers to be honoured include Clyde Best, Teddy Sheringham, Stuart Pearce, David James, Frank Lampard Junior, Ian Wright and Jermain Defoe, all of whom have been made MBEs for their service to football and/or charity.

Everyone at West Ham United mourns Her Majesty Queen Elizabeth II’s passing and would like to express sincere condolences to the Royal Family at this time.