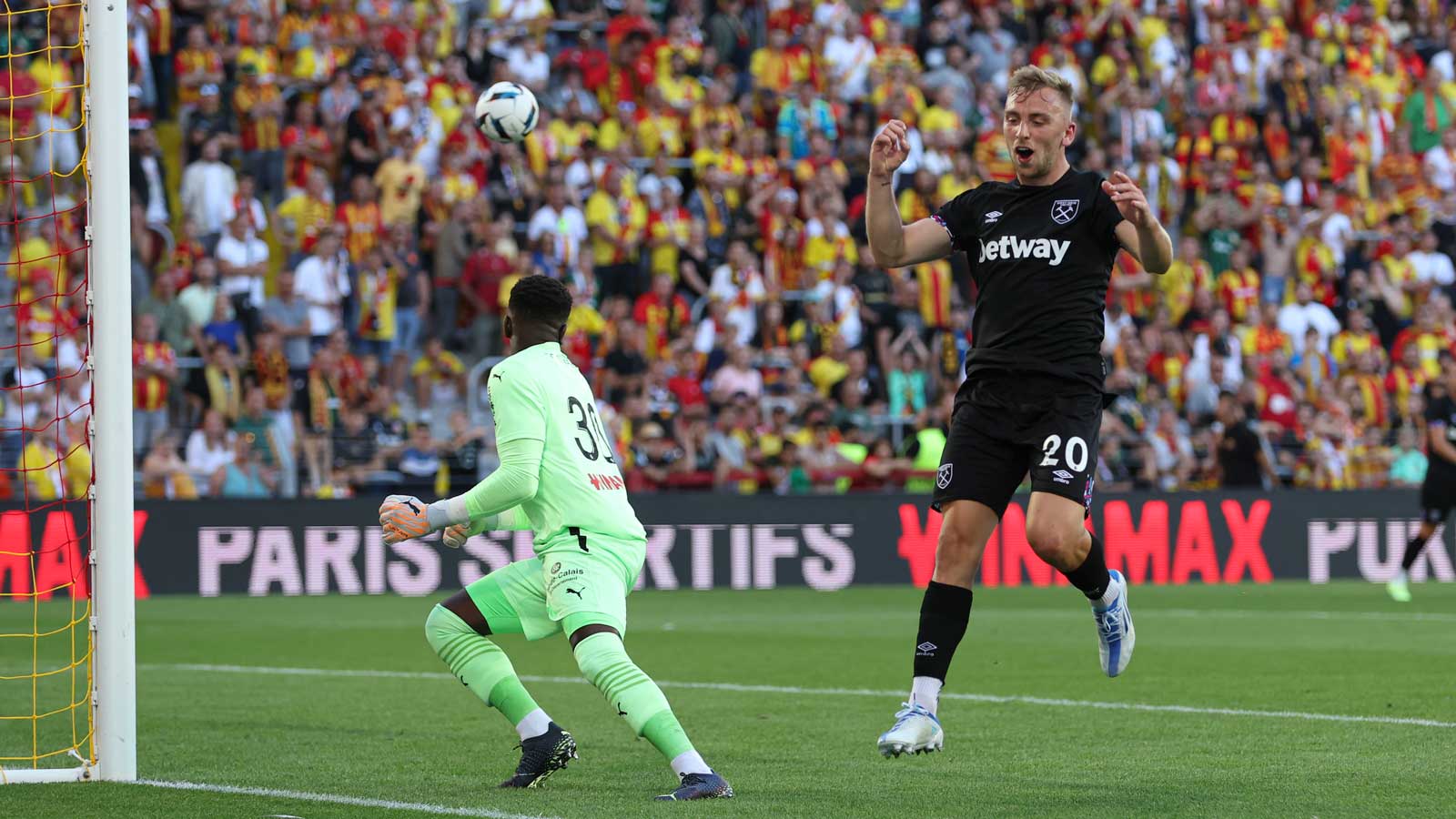 West Ham United completed our pre-season programme ahead of the 2022/23 season with a 0-0 draw at French Ligue 1 side Lens on Saturday evening.

Jarrod Bowen was inches away from pinching a winner a minute from the end when he flicked a Conor Coventry cross against the crossbar, but David Moyes’ men had to be content with a share of the spoils from a tightly-contested game in northern France.

The hosts had earlier hit the bar themselves, as Seko Fofana cracked a long-ranger against the frame of Alphonse Areola’s goal, although neither Areola nor Łukasz Fabiański, who kept goal in the first half, would be beaten.

The Hammers will take our clean sheet into next weekend’s Premier League opener against Manchester City, returning home after another valuable test against continental opposition.

Craig Dawson lined up alongside Kurt Zouma at centre-back, making his first appearance since the opening game of pre-season against Servette, and the duo were kept busy in the opening exchanges as Lens started at pace.

Having beaten Inter Milan last weekend, the home side seemed keen for more and they went close from a corner in the sixth minute.

The delivery from the right hand side was dangerous and found Loïs Openda eight yards. Fabiański was alert to the danger though and clawed the header away superbly.

Lens were happy to spread the play wide and attack down the flanks and it took the Hammers some time to come to grips with their challenge, but David Moyes’ men began to grow into the game as the half wore on and Saïd Benrahma tested goalkeeper Brice Samba with a shot from 22 yards. 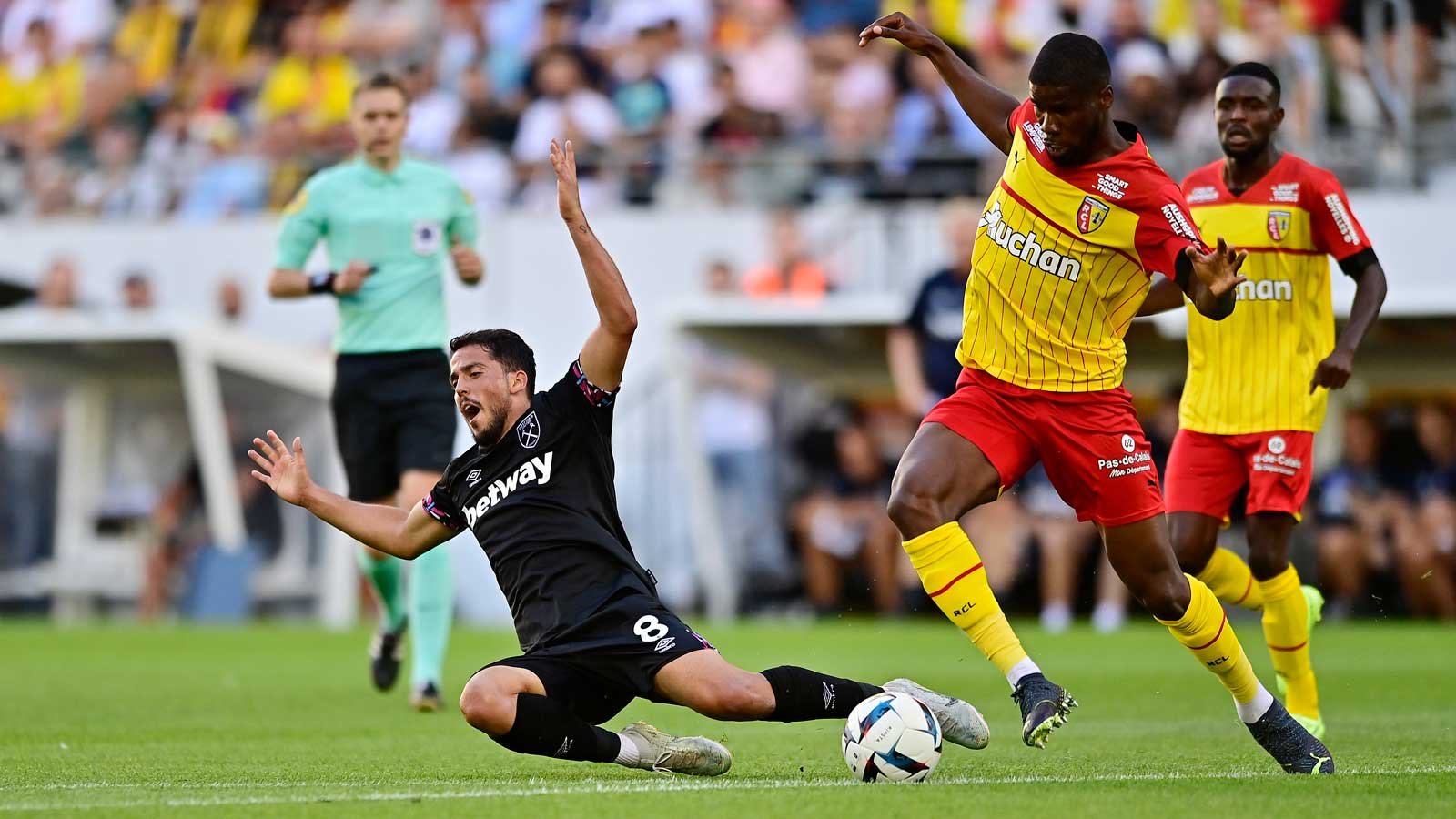 Declan Rice then tried his luck from range, seeing his fiercely-struck effort deflect away off a Lens defender for a corner with 27 minutes played, and at the other end Rice showed his worth again shortly afterwards, blocking from Seko Fofana.

Areola was introduced from the bench at the break to a warm reception from the fans he played in front of on loan from Paris St-Germain in the 2013/14 season.

The Frenchman had to be watchful in allowing a Florian Sotoca header to drift across the goal and wide with David Pereira da Costa interested at the far post.

The Hammers were looking to hit Lens on the break and Pablo Fornals carried the ball forward well on the hour, and although he was checked on the edge of the box, Bowen was ready to pick up the pieces with a shot which flew over the bar.

Genuine chances were hard to come by for either side, although Fofana was a whisker away from breaking the deadlock 16 minutes from time when he received the ball in space 30 yards out, assessed his options and unleashed a stinging drive which thumped off the face of the crossbar and away to safety.

Then, in the final minute, it was the visitors’ turn to strike the woodwork as Conor Coventry played a teasing ball into the box for Bowen to drift inside his marker and flick against the underside of the bar.

The goal would not come though as pre-season ended in deadlock in Lens.