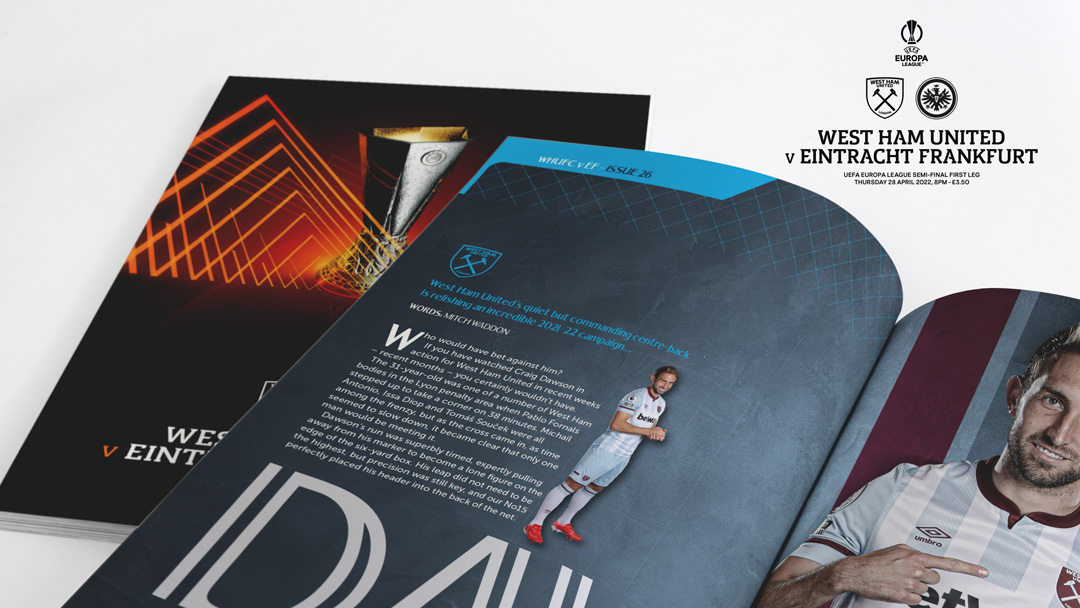 The Hammers host the German Bundesliga side in the Club's biggest European night in over 40 years and the Official Programme is the perfect memento for this historic occasion.

Alternatively, you can pick up your copy on the night in and around London Stadium in person!

Thursday's issue is crammed full of exclusive and exciting content, including a feature interview with rock solid centre-back Craig Dawson, European Cup Winners' Cup winner Sir Geoff Hurst's West Ham Scrapbook and a catch up with members of the West Ham team which defeated Eintracht at the semi-final stage of the Cup Winners' Cup in 1976.

We've also got exclusive columns penned by manager David Moyes and Club captain Mark Noble, an in-depth guide to our visitors from Germany and the latest news and views from the Academy of Football, Women's team and Foundation as well as much, much more! 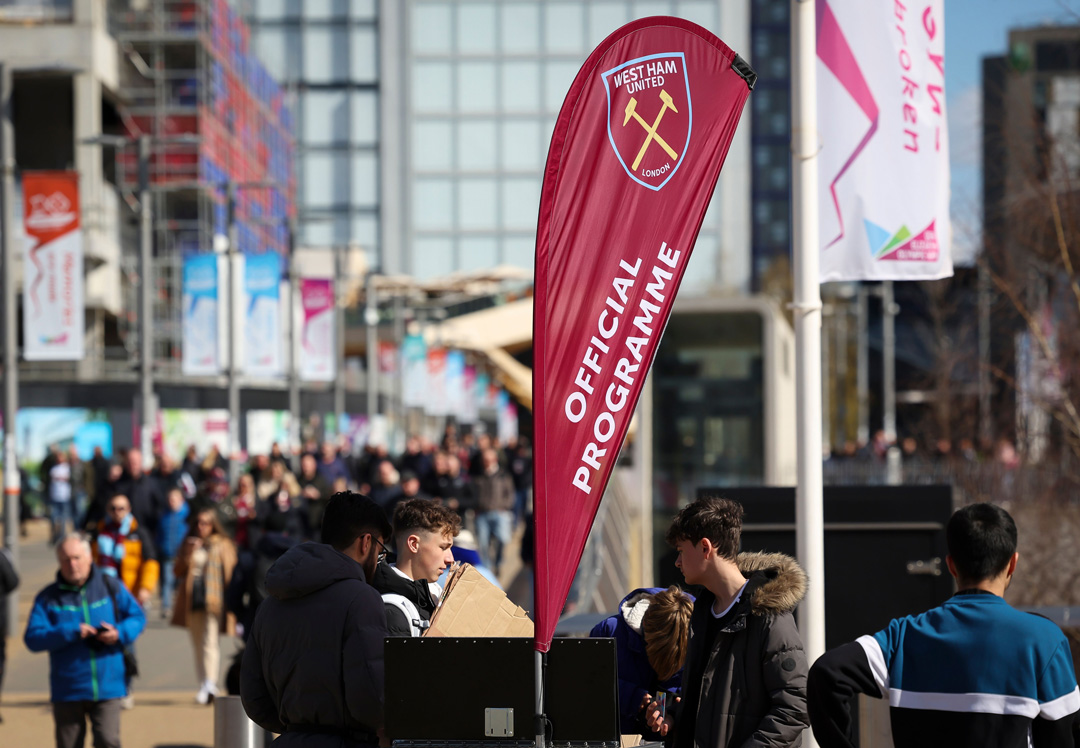 Voted the 2020/21 Premier League's Programme of the Season by Premier Progs, copies of our Official Programme will be mailed to fans via first-class post. Full-season subscriptions are also available, including all Premier League, FA Cup and Carabao Cup home issues, from just £108, from the Club's online West Ham Programmes shop.

You can order your copy of Thursday's collector's item for just £3.50 each, plus £1.49 postage and packaging*, by clicking here now. 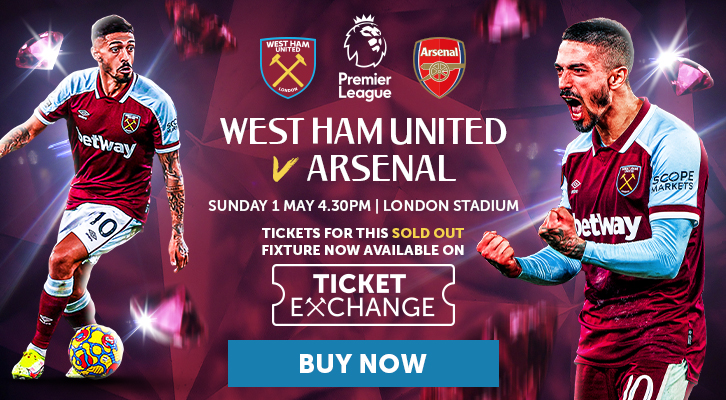