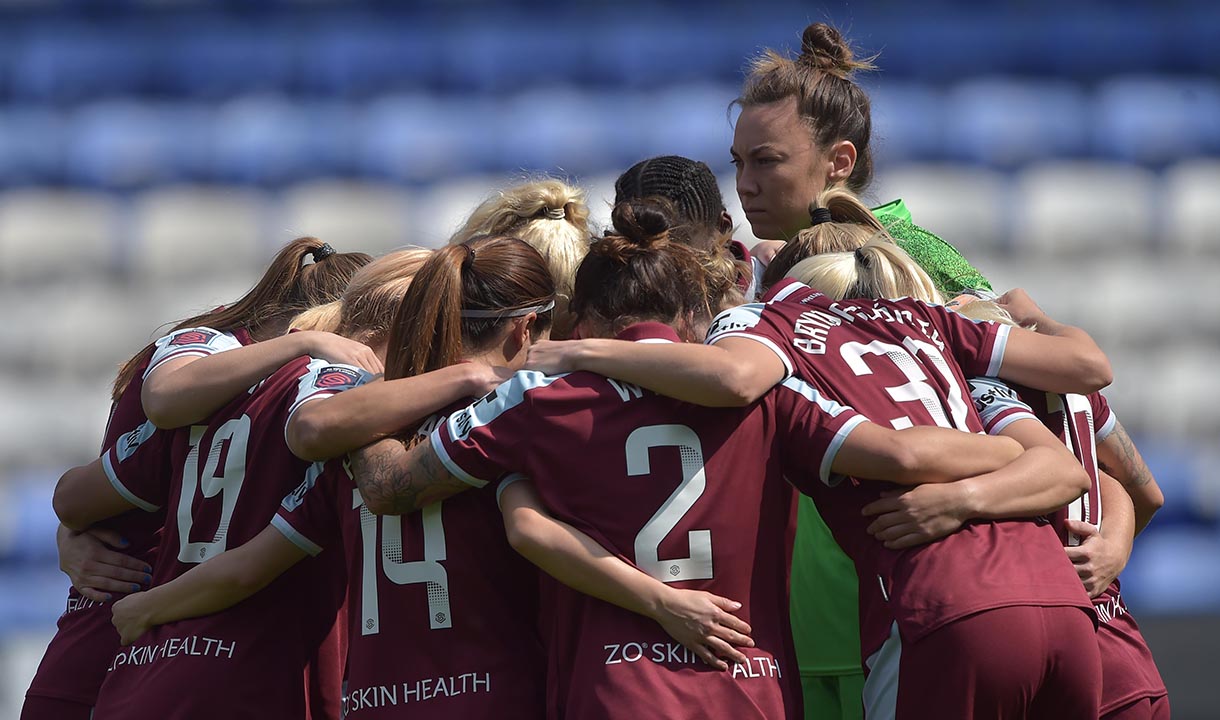 West Ham United Women claimed a deserved 2-1 victory away to Reading in the Barclays FA Women's Super League over the weekend.

Two superb goals, courtesy of Emma Snerle and Yui Hasegawa, gave Olli Harder's side a deserved victory away to the Royals in a match filled with big moments and saw a fan favourite hit her century of Hammers outings...

Here are four things we absolutely loved about Sunday's win!

It was a special weekend for Kate Longhurst.

The 32-year-old made her 100th competitive appearance for her beloved Hammers at the Select Car Leasing Stadium on Sunday afternoon, becoming only the second female footballer to do so for the Club, the first being skipper, Gilly Flaherty.

Flaherty missed the contest in Berkshire due to injury – and with Longhurst leading the team out in her absence on such a special occasion.

Longhurst sat down with Flaherty to look back on some of her favourite memories since joining the Club in the summer of 2018. That video is available to watch below!

We’re used to seeing Yui Hasegawa producing moments of magic out there on the pitch, but even by her standards, Sunday’s goal was superb.

The Japanese international had already created an assist for Emma Snerle just after the break – sliding the ball through to the Danish international to smash home.

Then, with only five minutes of normal time remaining, the 25-year-old was found in the area by Lisa Evans – dancing beyond two Reading players before firing the ball past Grace Moloney for what would turn out to be a vitally important second goal.

💫 A touch of class from @maybe10_ pic.twitter.com/rmGT8zJk8R

3. Snerle off the mark in Claret & Blue

Emma Snerle has settled in well to live in east London and in the Barclays FA Women’s Super League. The Danish international arrived in January from Fortuna Hjørring in her native country – and has adapted to the physicality and pace of the top division in English football.

Snerle almost opened the scoring early on in the first half, but was denied by Moloney before Dagný Brynjarsdóttir’s follow-up effort was ruled out for offside. Her moment finally arrived 30 seconds into the second half, as she collected the ball inside the area after good work from Hasegawa and found the back of the net.

4. Back to winning ways

The game against the Royals might not have seemed that important amongst the other fixtures of the day, but for Olli Harder and West Ham United, it was vital that they put the disappointment of losing to Manchester City in the Vitality Women’s FA Cup semi-final behind them.
The Hammers did that – and did it in some style too. Their passing play, particularly in yhe first half, was a joy to behold at times.

Harder’s team registered seven shots on target, registering 21 in total throughout the afternoon - there certainly could have been more goals too.

And having moved up to sixth in the table, Harder will now be hoping that his side can pick up some points in their final two matches of the season, starting this coming weekend when they travel to face Manchester United at Leigh Sports Village.

Highlights from the win over the Royals are available to watch now!