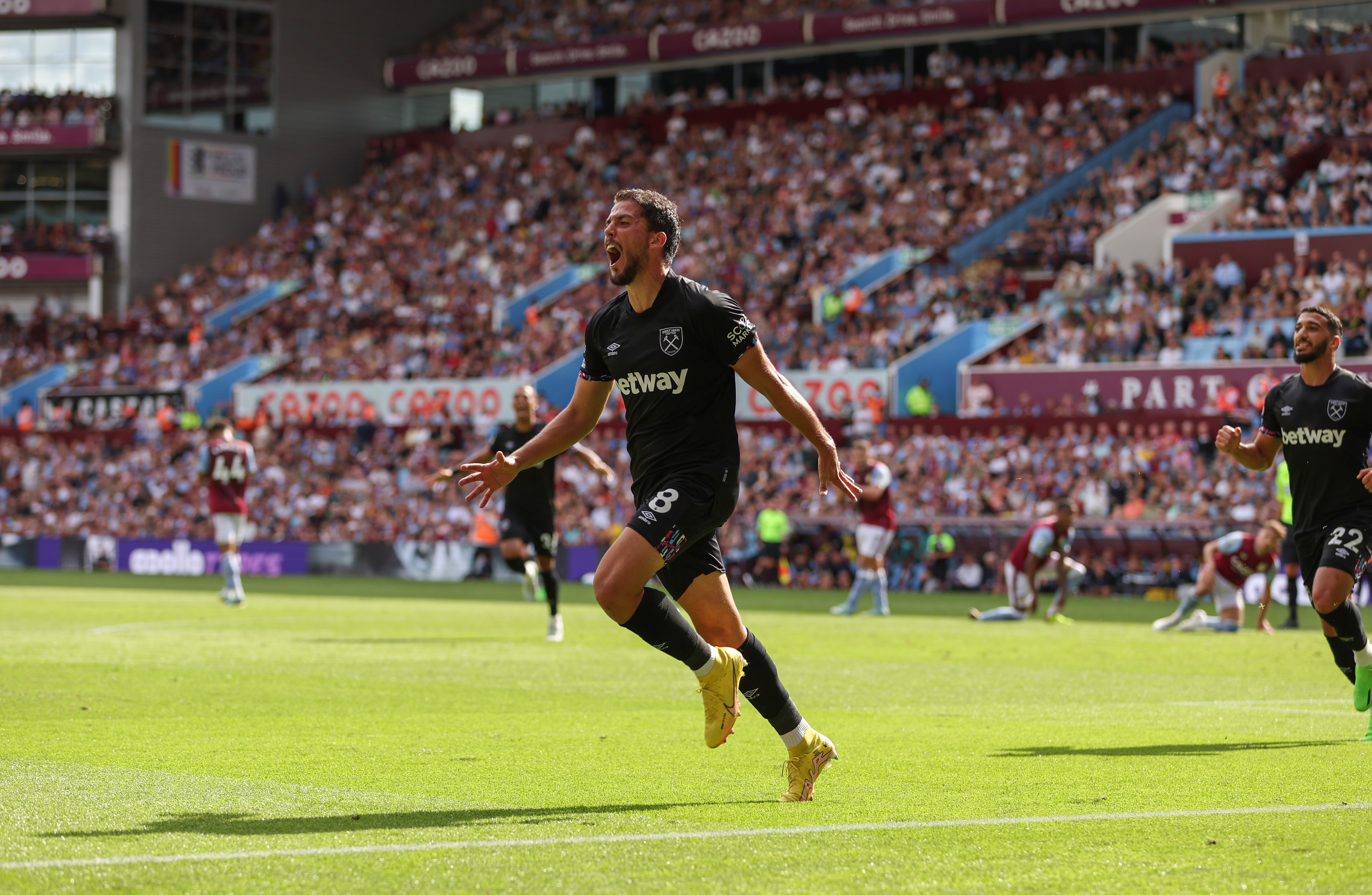 The Spain midfielder saw his deflected shot leap up and over Emiliano Martínez to secure all three points against Aston Villa with 15 minutes to play - and strike for the third game in a row against today’s opponents.

Ezri Konsa’s disallowed effort in the first half was the closest the hosts came to a goal, but West Ham stood tall to hold on to an important victory – their fifth in a row against Villa.

The Hammers will now look to build on a battling performance in the West Midlands, as they take their first win of the Premier League season into two upcoming London derbies against Tottenham Hotspur and Chelsea.

It was not the prettiest match at Villa Park, as West Ham had to dig deep to grind out a win against a battling Aston Villa.

With the Hammers beginning in a back-five, Emerson Palmieri was deployed at left wing-back on his first Claret and Blue start. The Italy international started in front of left centre-back Aaron Cresswell, who did well to diffuse an early Villa counter attack with a good interception.

Gianluca Scamacca also showed a few neat touches on his full Premier League debut, whilst Jarrod Bowen was almost found when a whipped Pablo Fornals pass was cut out by Calum Chambers.

Villa though had their chances in opening 45 minutes. They saw Konsa tap home an early Lucas Digne corner, but the hosts’ strike was ruled out as the set-piece had curled off the pitch before it found the Villa defender.

Ollie Watkins then went close at Villa Park, although Kurt Zouma stood tall to deflect the strike behind the goal, while Scamacca was later alert to head over a whipped freekick from Douglas Luiz with 20 minutes played.

The Hammers saw Ben Johnson leave the field due to injury on 23 minutes. He was replaced by Vladimír Coufal, who had few chances to free Bowen on the counter attack but was unable to find the England forward.

Fornals then had a half-chance from the edge of the area when Scamacca rose to nod the ball into his path, but the 26-year-old could only drag the volley wide, as the first half ended goalless.

David Moyes introduced Saïd Benrahma at half-time for Emerson, as the Hammers switched to a back-four to push for their first win of the league season.

It almost brought the opening goal when Benrahma’s aggressive pressure saw the ball break to Fornals, who then picked out Bowen. The England forward was left free to race through on goal, but saw his effort blocked by Lucas Digne who had recovered well.

Scamacca then again linked the play nicely, as he combined with Tomáš Souček, before the Italy striker saw his deflected shot tested Emiliano Martínez from edge of the area.

The Hammers again rung the changes with Michail Antonio brought on, and after Benrahma sent an ambitious effort over, West Ham struck the opening goal when Fornals found the net from the edge of the area.

Kurt Zouma pinched the ball and found Declan Rice, who was able to pick out Fornals. Buoyed on by the away support, Fornals let fly and saw his shot deflect off Konsa and into the net.

The Hammers might have had a second too, but Bowen could not head towards goal and Rice also struck over from distance, although West Ham dug deep to hold onto a crucial three points.