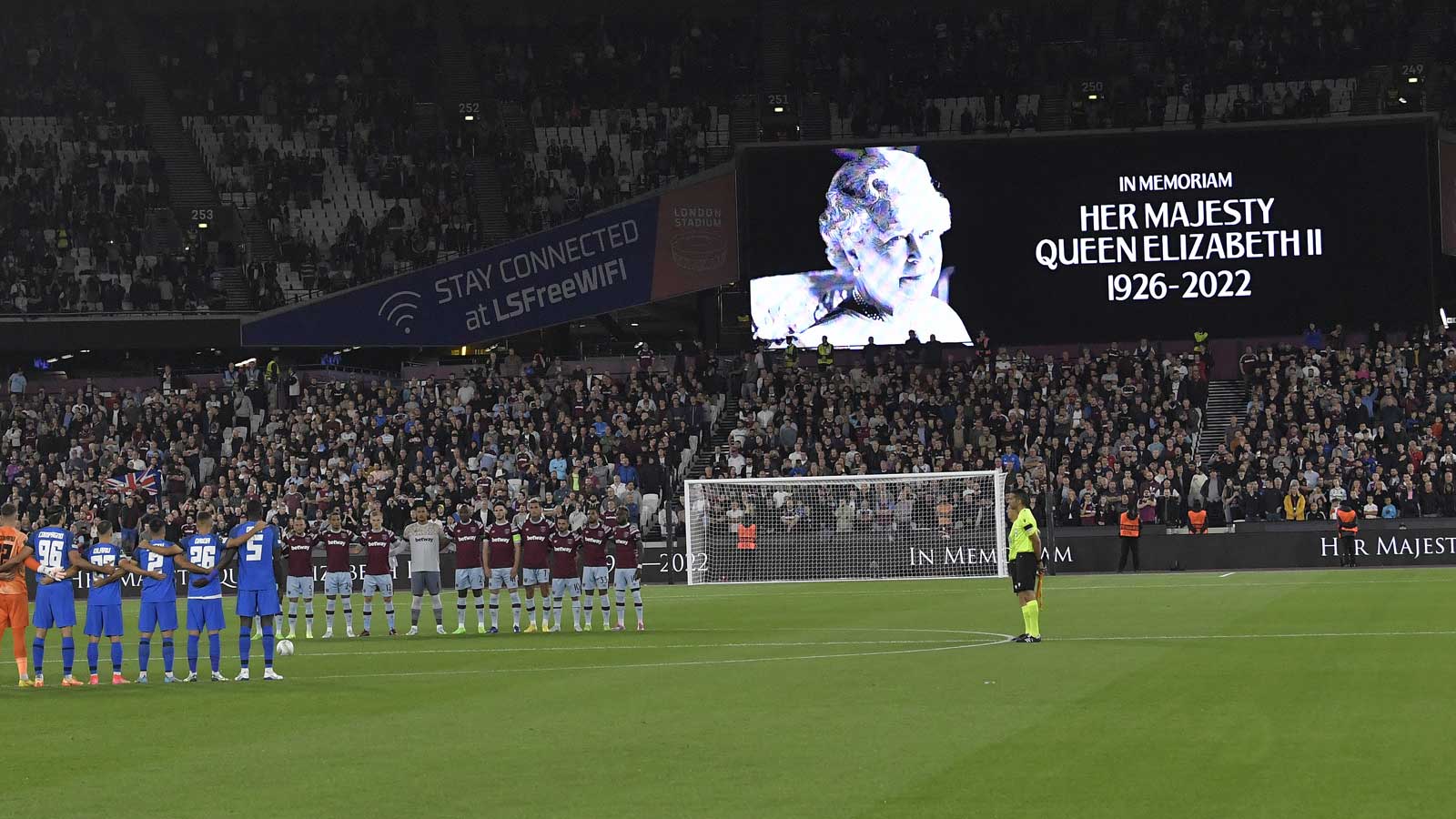 Football suspended in tribute to Her Majesty Queen Elizabeth II

Following the passing of Her Majesty Queen Elizabeth II and the United Kingdom entering a period of national mourning, the Premier League and FA have postponed all matches this weekend.

Everyone at West Ham United is deeply saddened by the passing of The Queen, who reigned for over 70 years, guiding the United Kingdom and the Commonwealth through seven decades, leading by example and serving as an inspiration to us all throughout her long life of public service.

Tributes were paid to Her Majesty at London Stadium before, during and after Thursday’s UEFA Europa Conference League Group B tie with FCSB, with a minutes’ silence, both sets of players wearing black armbands and the Claret and Blue Army singing the National Anthem.

Following a meeting of the Premier League and its stakeholders on Friday morning at which clubs paid tribute to Her Majesty Queen Elizabeth II, to honour her extraordinary life and contribution to the nation, and as a mark of respect, this weekend’s Premier League match round, including West Ham’s home fixture with Newcastle United scheduled for Sunday 11 September, has been postponed.

The U21s’ Premier League 2 fixture with Tottenham Hotspur scheduled for Saturday 10 September at Rush Green Stadium has also been postponed.

Discussions with UEFA are ongoing with regard to the Irons’ UEFA Europa Conference League Group B tie with Silkeborg IF, which is scheduled to take place in Denmark on Thursday 15 September.

All Season Tickets, General Admission match tickets, and Club London tickets will be valid for the rearranged fixture with Newcastle at London Stadium.

Details of all rearranged fixtures and any updated ticket and travel information will be announced on whufc.com and across our channels in due course.

West Ham United would once again like to express its sadness and sincere condolences to the Royal Family at this time. Rest In Peace, Your Majesty.