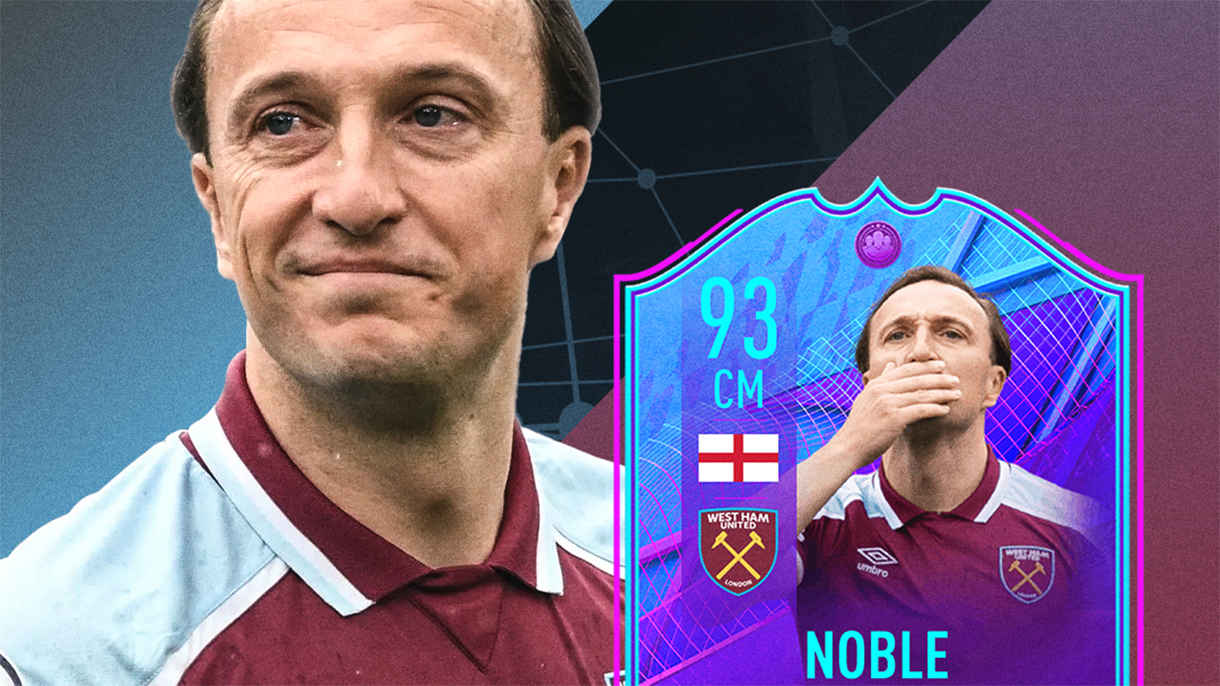 In celebration of his outstanding 18 years’ service to West Ham United, Mark Noble has been awarded an impressive ‘End of an Era’ card in EA SPORTS’ FIFA 22.

The long-serving Hammers captain, who retired from professional football this summer with 550 appearances and 62 goals for his boyhood Club under his belt, has received a 93-rated Item which, in turn, becomes West Ham’s joint-third best player ever in the game.

Offering an 18-point ratings boost on his initial rating within FIFA 22, Noble’s ‘End of an Era’ card can be attained in Ultimate Team mode by trading in two squads in a Squad-Building Challenge (SBC), available in-game until Wednesday 13 July.

The reward, however, is worth it, with Noble’s ‘End of an Era card’ offering nearly perfect Passing attributes – including 99-rated Long Passing and Vision (the maximum rating) and 98-rated Short Passing.

Mark Noble's End of an Era card is now available in #FUT22 via an SBC!#WHUFC #COYI pic.twitter.com/izv9riUbTk

Given his range of capabilities, Noble’s ‘End of an Era’ card marks him out as a versatile midfielder with the potential to dictate the tempo within any Ultimate Team squad.

Fulfilling the criteria of the ‘Gullit Gang’ – with ratings of 80+ in all six of the midfielder’s base stats – this playmaker can truly do it all on the virtual pitch, recognising an influential figure in the history of West Ham United Football Club.

Noble’s Item marks the 19th ‘Special’ card for West Ham this season, capping an outstanding 2021/22 campaign for the Irons.