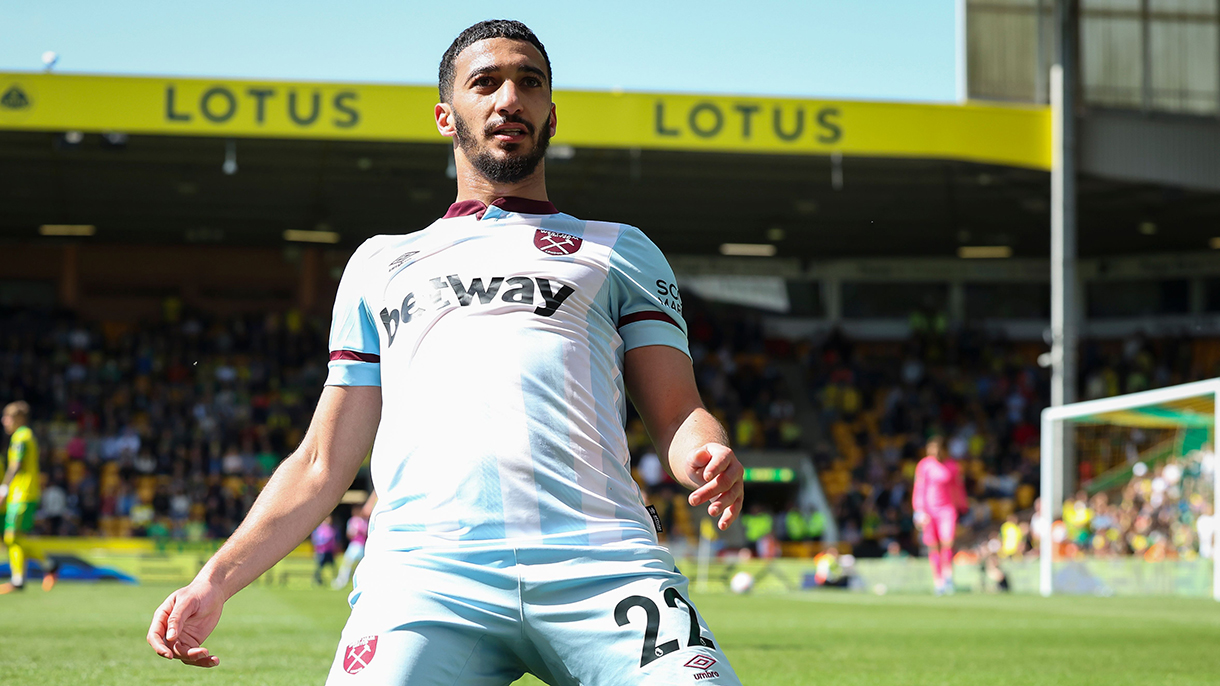 These are the moments in which seasons are settled - so read on for this week's vital FPL tips!

(And with all games taking place on Sunday this week, make a note of the transfer deadline of 10.30am on Sunday 15 May!)

Benrahma back in the Kings of the Gameweek

A brace from Saïd Benrahma (£5.9m) in West Ham United's 4-0 win over Norwich City on Sunday not only helped the Irons return to winning ways in the Premier League, but also saw the Algerian named in the 'Kings of the Gameweek' for Gameweek 36.

The Algerian has now been included in the 'Dream Team' top-scoring players in his position in an individual round on four occasions, racking up 16 points (including two goals and three bonus points) at Carrow Road.

Only teammate Jarrod Bowen has been included on more occasions (five), with a Hammer featuring 25 times in the 'Kings of the Gameweek' - one of the highest totals of any team in the top-flight.

Bowen at home at London Stadium

After adding a second hat-trick of assists of the season at Carrow Road - having achieved the same at Vicarage Road in December - Jarrod Bowen's (£6.9m) continues to add to his West Ham United-record haul of 190 FPL points in a single season from an individual player.

With there being numerous high-scoring midfielders in Gameweek 36, Bowen's 13 points against Norwich were not enough to see him in the 'Kings of the Gameweek', but still represented an eighth double-digit scoring round of the season.

And the bad news for Manchester City is that Bowen only seems to get better at London Stadium.

The winger has scored eight of his ten goals this season in matches in east London, and at home, his 31 shots in the box, 13 big chances and 19 shots on target all rank among the top five midfielders in Fantasy.

This week, there are double Gameweeks for the likes of Aston Villa, Burnley, Crystal Palace, Everton and Leicester City – with no double matches scheduled for our final Gameweek 38, of course.

If you haven’t yet used your two Wildcard and two Free Hit chips, now is when you absolutely must! 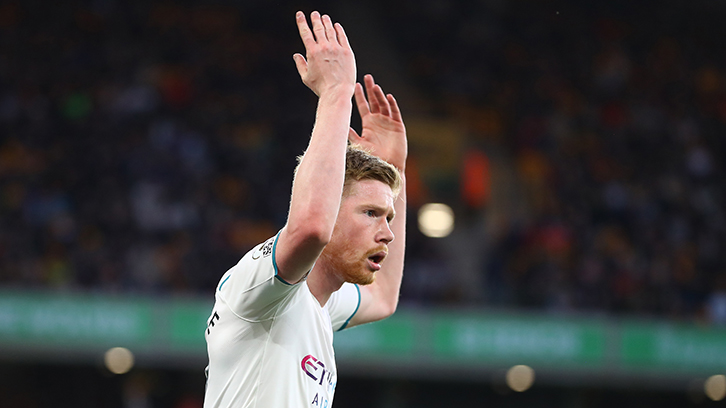 It is little surprise that Pep Guardiola's Premier League leaders possess two of FPL's six highest-scoring players among their ranks.

The Belgian is unsurprisingly one of the top captaincy picks of the Gameweek ahead of his trip to London Stadium, after his performance at Molineux took De Bruyne’s tally to eight goals, five assists and 86 points in his last eight appearances.

Indeed, De Bruyne leads the way among the Citizens' players for shots, shots in the box, shots on target and chances created since Gameweek 28 onwards, and despite being owned by just 12.6 per cent of players, the Belgian is starting to repay those managers who opted for him over Salah for the final third of the season.

And with just two Gameweeks remaining, here's how the Overall leaderboard looks currently...

If you’d like to throw your hat into the ring for either the May prize (I suspect, if you haven’t yet entered, your chances of the overall prize might have gone at this stage!), all you’ll need is our league code: nlz9u2 - or you just need to click this link here.