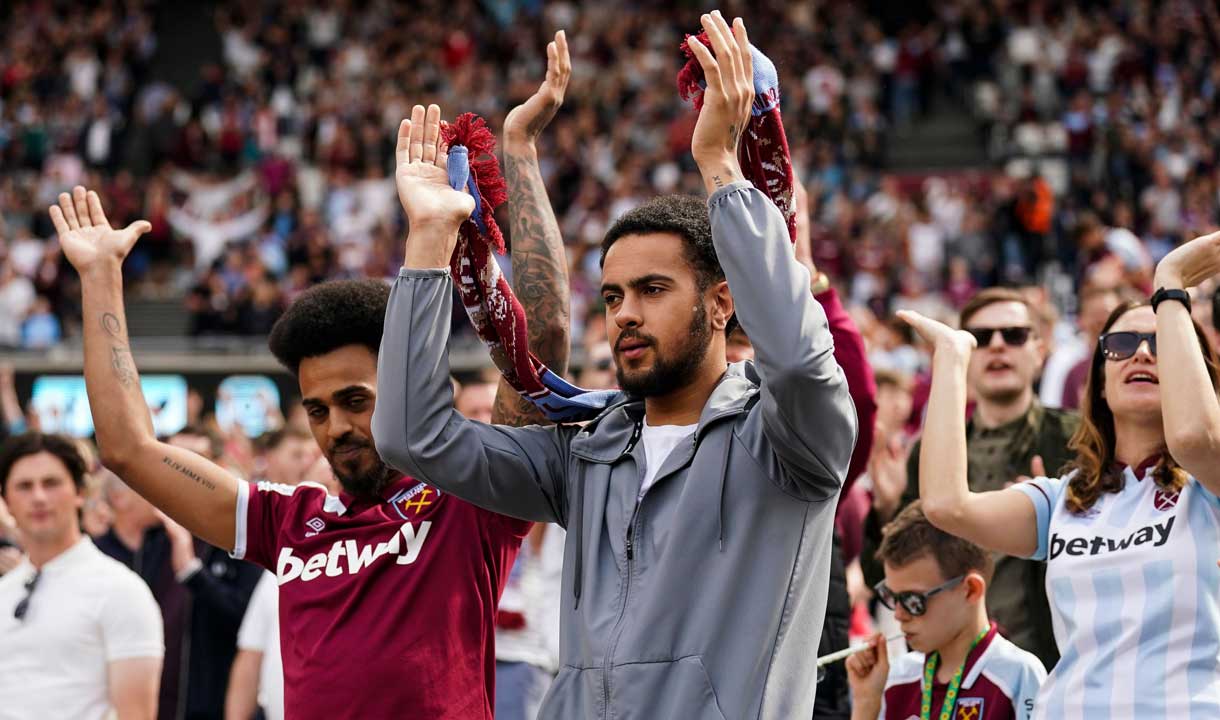 West Ham United supporters have been the cornerstone of our dream run in the UEFA Europa League this season.

Hammers fans have supported David Moyes’ side at sell-out home fixtures throughout the competition, as well as travelling around Europe in their thousands, for a campaign that will be forever remembered by the West Ham faithful.

With one final home tie to come in the competition this season – when we host Bundesliga side Eintracht Frankfurt in the semi-final first leg at London Stadium next Thursday 28 April (8pm BST kick-off) – demand for tickets is at an all-time high.

Supporters living in Germany, without a booking history, will unfortunately not be permitted to purchase tickets for this fixture.

We’re set for another magical night at London Stadium – so please continue to support us in the right way.

West Ham supporters who re-sell their Eintracht Frankfurt tickets on any unauthorised platform will have their Season Ticket terminated and be banned from London Stadium for the rest of the 2022/23 season, as well as losing any priority points and benefits accrued with their Season Ticket. No refunds will apply.

Any tickets placed for re-sale on external ticketing platforms such as the example below will be cancelled and sellers blocked from re-purchasing. 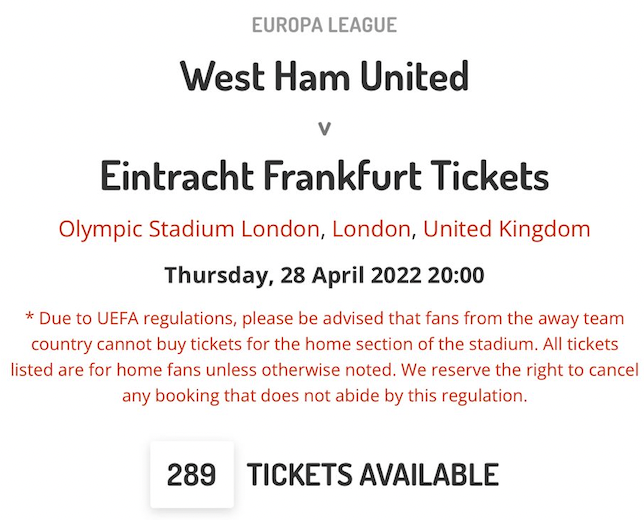 We look forward to welcoming the Claret and Blue Army to London Stadium next Thursday, for what promises to be another incredible evening under the lights in east London.