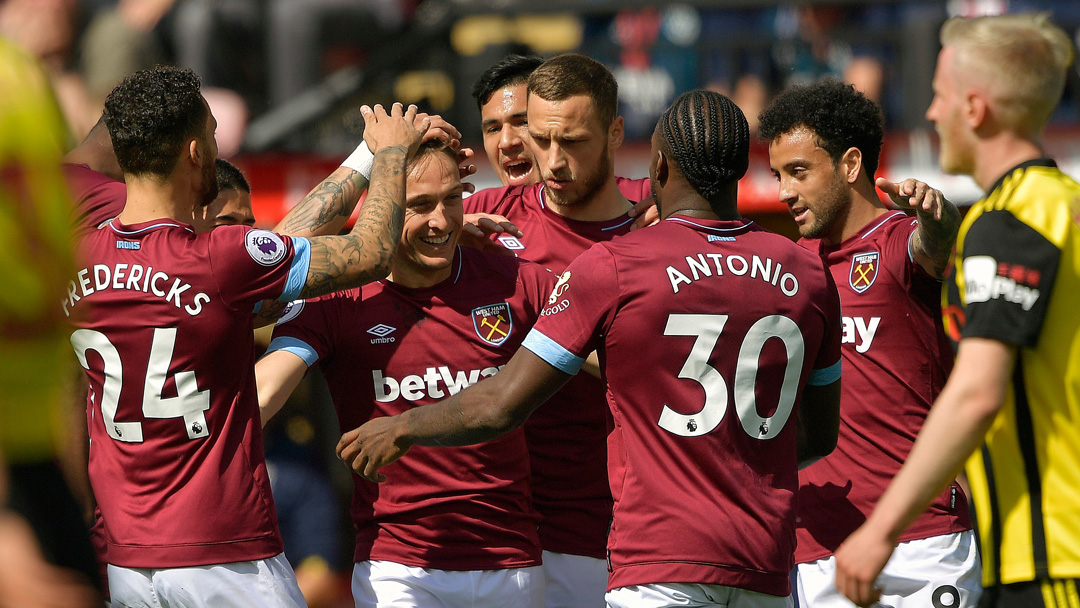 On This Day: Noble stars in Watford win

Mark Noble took centre-stage against Watford - again - by scoring two goals in a 4-1 Premier League win at Vicarage Road on this day in 2019.

The skipper, who has scored more goals against the Hornets than any other opponents in his 18-year Hammers career, put West Ham ahead with a superb goal, swapping passes with Michail Antonio, dribbling into the D and converting low past Ben Foster with his left foot.

Manuel Lanzini then headed in after Foster had tipped Antonio's shot onto the underside of the bar, before Marko Arnautovic slid in a third after the Watford goalkeeper had palmed the ball onto the inside of the post.

And the last word went to Noble, who converted his customary penalty after Kiko Femenia had fouled Antonio.