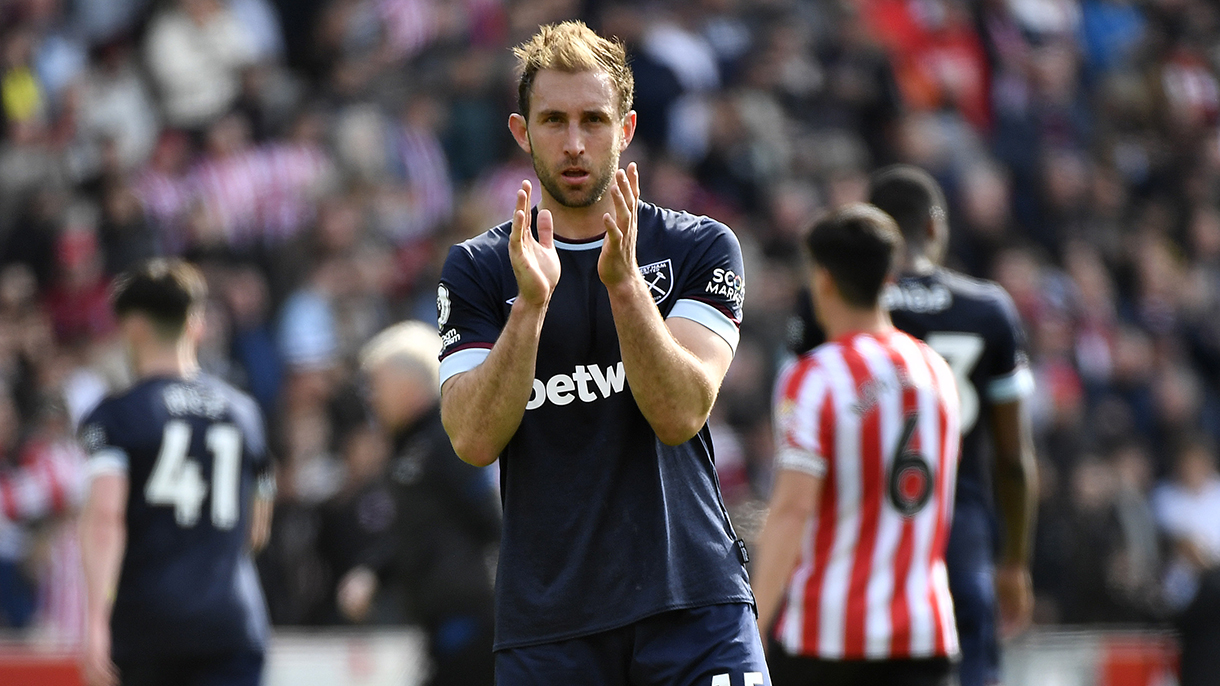 The Irons struggled to get going in west London in a combative fixture which kicked-off just 66 hours after the full-time whistle blew on Thursday’s 1-1 draw at home to Olympique Lyonnais in the UEFA Europa League quarter-finals, of which the Irons played over 45 minutes a man down.

A quiet first half from both sides in Brentford was followed by an explosive start to the second by the Bees, who struck twice after the break through Bryan Mbeumo and Ivan Toney.

And Dawson admitted that, having helped his side excel in Europe and compete at the top end of the Premier League table for the last two seasons, West Ham’s performance on Sunday did not befit the high standards they have embodied in that time.

The No15 said: “It was obviously a disappointing performance, but we have to take it that Brentford played well.

“It’s a disappointing day, but we’ll get back on the training pitch tomorrow (Monday) and work hard.

“From a defensive point of view, they were obviously two goals which we don’t like to concede, but fair play to Brentford, they caused us problems in those areas.

“We’re just focusing on ourselves. It wasn’t the standards we’ve set today, so we’re all disappointed in that changing room and there’s only one way to put it right.

“We have to take it and come back better.”

We’ve got some important games coming up, some exciting games, and we need to get back on it and work hard
Craig Dawson

The centre-back refuted suggestions that the tight turnaround from Thursday night’s game excused the display.

And with the Hammers still in the Premier League's top six, and with a major European quarter-final second leg to look forward to, Dawson noted: “We work hard every day. It’s something we’re prepared for.

“We’ve got some important games coming up, some exciting games, and we need to get back on it and work hard.”

With the tie finely poised at 1-1 heading into the latter half of the tie, Dawson feels Sunday’s disappointment can serve as additional fuel for an improved performance against the Ligue 1 side on the continental stage.

He noted: “We’ve got a big game on Thursday. Obviously we’re disappointed today.

“There are lot of disappointed and angry people in that changing room and hopefully on Thursday night we can change that.”