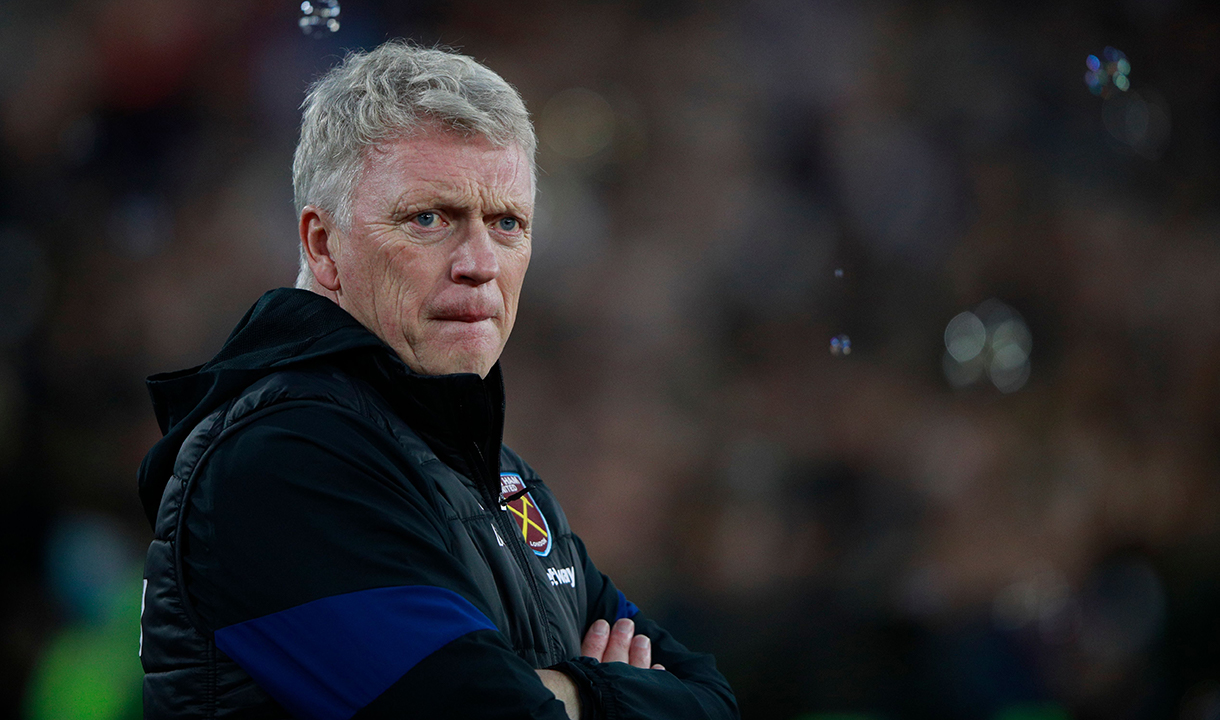 David Moyes wants to see his side pick up where they left off prior to the November international break, when they travel to Wolverhampton Wanderers on Saturday afternoon.

The Irons recorded a memorable 3-2 victory over Liverpool in their final game before the window to move up to third in the Premier League table.

Now, Moyes is eyeing another victory on the road, with the Hammers unbeaten away from home so far this season...

We’re getting away from the West Ham which isn’t that good away from home, and doesn’t always play so well or might be a little bit mixed.

I’m really pleased with the way the players have performed and how well we’ve done, but every game is always a big one in this business, and you’ve got to try and win the next one.

Team spirit, over many years, has always been really important to winning, whether that's now or in years gone by.

There are different ways of helping team spirit, back from ten or twenty years ago in terms of how it was done, but I think team spirit nowadays comes from winning.

It comes from having good players and committed people, and I think we’ve got that. The players have made the spirit by their performances, but we’ve had to drive it on and keep them going, and thankfully they’re producing really well at the moment.

I think Bruno Lage has done a really good job at Wolverhampton Wanderers.

He took over from Nuno Espirito Santo, who did an excellent job there. Let’s be fair, Wolves were one of the best up-and-coming sides over the last three or four years, with the run they had in Europe and how well they did in the Premier League.

They have been over the years – and are – a really difficult team to play against, so I think they’ve done well this season after a difficult start with a new manager coming in.

They’ve found their feet and made games difficult. We’ve seen that in lots of their games recently, so it’ll be a tough game at Molineux.


We’ve played eleven games now and if the season were finishing now, I would be ecstatic with how the players have done.

I’d be celebrating, I’d be drinking champagne and doing everything you’d expect, because of how well the players have done… but unfortunately we’ve got more than 20 games to go, so I can’t do that yet.

What we can do is continue with how we’ve been playing and try and keep pushing the players on. I genuinely feel that we can play better – I really do. I think there’s more to come. We’ve got players who can step up again and I’m expecting that from them over the coming weeks.

I want to challenge the top four. I said that right at the start of the season.

We finished two points outside the Champions League last year. Can we challenge the top four? I don’t know who the top four are going to be, but I felt that that would be a good target to give the players and I felt it was a realistic task for them to take on.

Can we be as consistent as we were last season, when we qualified for the Europa League? At the moment, I’d have to say the players have shown that they can do that, but we’re only a third of the way through the season at the moment, so we’ve got quite a good bit to go yet.

I’d like to think positively. I want to challenge whoever the top four are. I might not end up in the top four, but I don’t see any reason why I don’t want to try and have a go at it.

I think in one-off games, we’ll have a chance against most teams. Can we do that over the season in the Premier League? That’ll be the real test, whether we can keep that going, but at the moment we’re showing a good level of consistency – not just this season, but over last season too.

We’ve been a pretty consistent side, so the challenge is to try and keep that going.


When Glenn Hoddle says that Declan Rice could be the best player in the Premier League, he is not telling us anything we don’t know here at West Ham.

At the moment, Dec’s as good as anybody in my mind, but we’re keeping it quite calm. We’re not talking too much about it if we can help it, but obviously he’s such a good talent.

He’s earning all the praise himself and the accolades are coming from all the pundits and quite rightly so. He’s a very good player.

We’ve got to keep what we do from set pieces fresh. We’ve got try to try and keep it new and keep teams thinking “what are they going to do?”

It’s quite often said that set pieces are a bad way to score goals, but we have so many clubs who are investing in set-piece coaches and people who are experts in it, so it’s a really valuable asset.

We’ve got people who can head the ball in the box and players who are real good deliverers of the ball as well.

I had the chance to meet Daniel Křetínský after the game against Liverpool.

He seems a very charming man and I think he’s a really good addition to the Board, everybody is telling me, so I’m looking forward to working with him.

It looks and feels like a good move for West Ham. We’re all looking forward to him having an impact and helping us going forward.

We’ve seen over the last few weeks how difficult it is for managers to keep their jobs. Some managers have lost their jobs very quickly when it doesn’t look as if it it’s correct.

I’m really pleased the job is going well for me, but I’m more pleased for West Ham United Football Club, because we’re doing so much good stuff. The crowds are there, we’re getting more seats in London Stadium and more fans coming to the games, and I think the West Ham supporters are enjoying their football.

I’m probably more pleased with that than most situations because I’ve always had the belief that I can coach and I can manage. Sometimes, you need people to trust in you and give you that opportunity.