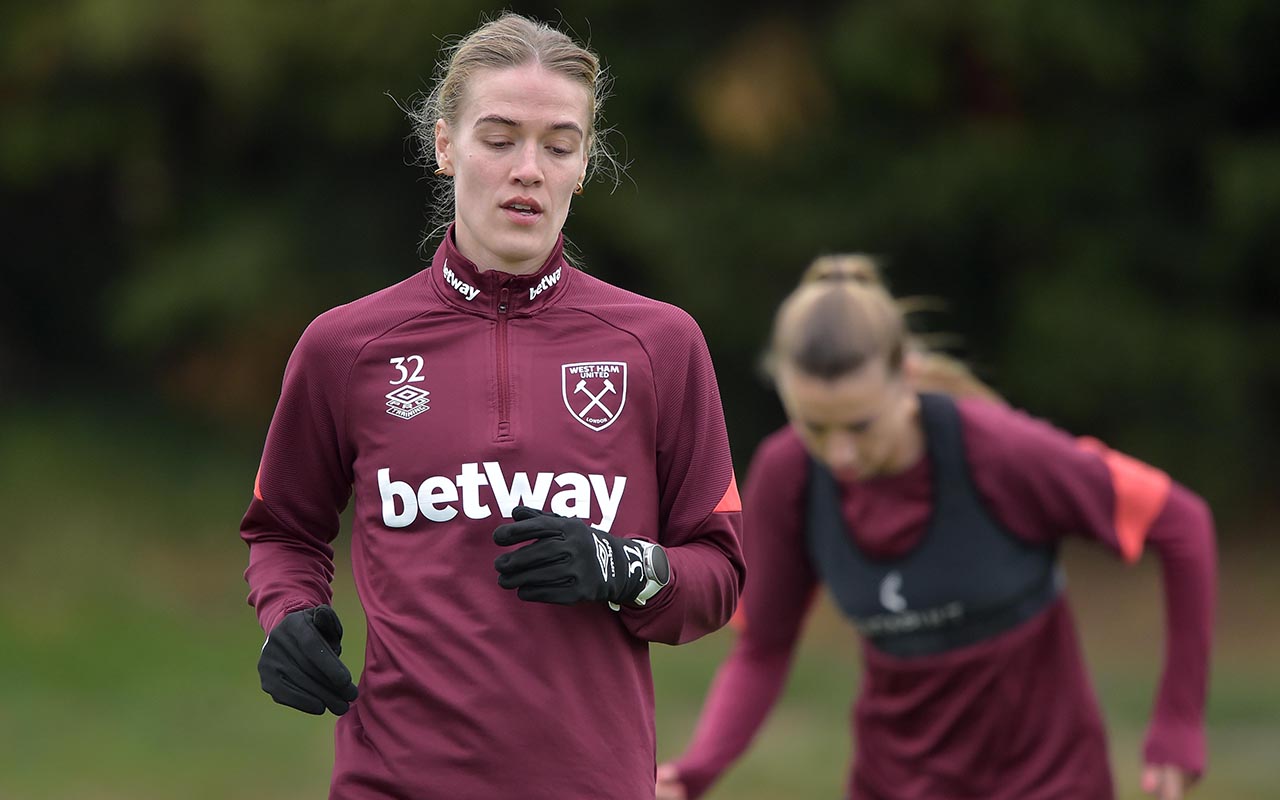 Brynjarsdóttir: We want to build on Reading victory when we face Manchester United

Dagný Brynjarsdóttir is hoping that West Ham United Women can build on their impressive 2-1 victory over Reading last weekend when they face Manchester United on Sunday afternoon.

The Hammers arguably played some of their best football of the season in a dominant performance at the Select Car Leasing Stadium.

And the Icelandic midfielder is hoping that the team can carry that performance into a tough match against Manchester United.

“I thought it was a great win last time out and we really want to build on that performance, as well as tidying up things that we didn’t do as well as we could of during the game.

“As a group, we’re ready to head up to Manchester and perform well. It was a really good game against them when we drew at home, a great feeling to get back into the game when Grace [Fisk] scored the header, so we obviously want to go one better this time and get the win.”

There were certainly many positives to take from the win over the Royals last week, and Brynjarsdóttir is hoping that the team can take those into the game against the Red Devils.

“I think our passing was good, plus the way we moved the ball seemed to be much better than in previous weeks – there was always plenty of options.

“We had our most entries into the box that we’ve had this season, which show how well we did at getting into dangerous areas. Hopefully that’ something that we can replicate against United on Sunday.”

The Irons have two tough matches to end the season in the Barclays FA Women’s Super League – starting with Manchester United and then they will face Arsenal on Sunday 8 May at the Chigwell Construction Stadium.

“We always want to play in these big matches because it allows us to test ourselves and see where we are in terms of the progression we’ve made.

“The last game against them was really tough because of the conditions, it was a horrible evening and it rained so much. We had to adapt our usual style of play to and that could be the case again.

“I think that our team is getting stronger with every month that goes on. In the beginning of the season, it took us a little bit of time to get up to speed – players were still getting used to each other and how Olli [Harder] wanted us to play.

We’ve really clicked as a team and as I said, we’re hoping to build on that and get a good result this weekend.”

West Ham United Women take on Manchester United in the FA WSL at Leigh Sports Village on Sunday 1 May 2022.

The match is scheduled to kick-off at 12noon, and you can watch all the action live on the FA Player for free!

If you want to make the trip North and support the Hammers in person, then tickets are available to purchase online on the Man United website.