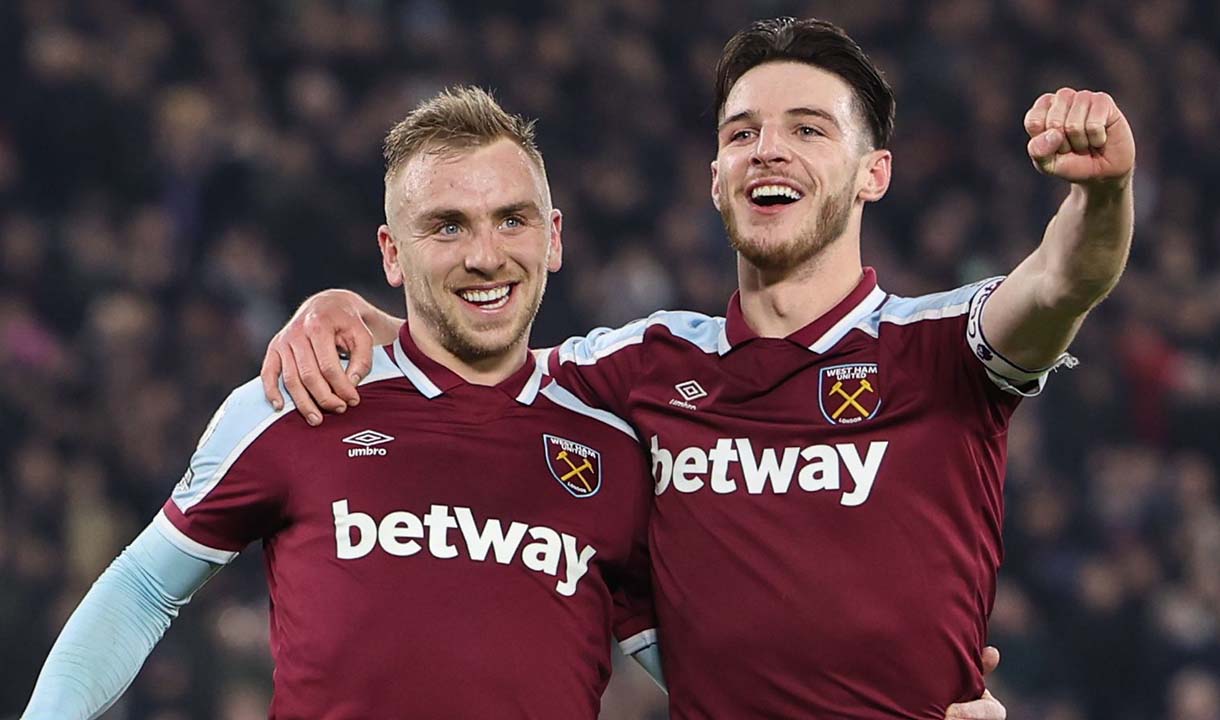 Jarrod Bowen and Declan Rice have been included in England’s squad for this summer’s four UEFA Nations League fixtures.

Bowen wins his maiden call-up to Gareth Southgate’s squad after a superb 2021/22 campaign that saw him score 18 goals and assist eleven more to lead West Ham United to the UEFA Europa League semi-finals, a seventh-place Premier League finish and the latter stages of both domestic cup competitions.

Having started out at non-league Hereford United as a teenager and starred in the EFL Championship for Hull City, Bowen has become an integral member of David Moyes’ West Ham team, registering 50 directs goal involvements in the 104 appearances he has made since arriving in January 2020.

Rice, meanwhile, has become a regular member of Southgate’s squad since making his England debut in a 5-0 UEFA Euro 2020 qualifying win over the Czech Republic at Wembley in March 2019. Capped 29 times, the midfielder helped England finish third at the 2019 Nations League Finals in Portugal and as runners-up at the delayed Euro 2020 finals last summer.

The 23-year-old shrugged off the disappointment of losing that Euro 2020 final to Italy to produce another stellar campaign in Claret and Blue, making exactly 50 appearances in all competitions and captaining the Hammers on over 40 occasions.

The pair will now have the opportunity to take their Club form onto the international stage together as England kick-off their 2022-23 Nations League challenge in June.

Bowen could make his England debut at the Puskás Aréna in Budapest, where England play their opening League A Group 3 tie against Hungary on Saturday 4 June.

The Three Lions then head 400 miles west to Munich, where they take on Germany at the Allianz Arena on Tuesday 7 June.

Wolverhampton Wanderers’ Molineux then plays host to England’s final two games of the summer, with Italy the visitors on Saturday 11 June and Hungary following them on Tuesday 14 June.

The first was George Webb, who debuted against Wales in March 1911, while the most recent was Jesse Lingard, who made five appearances during his loan spell from Manchester United in spring 2021.

Everyone at West Ham United would like to congratulate Jarrod and Declan on their call-ups and wish them the best for this summer’s international fixtures.