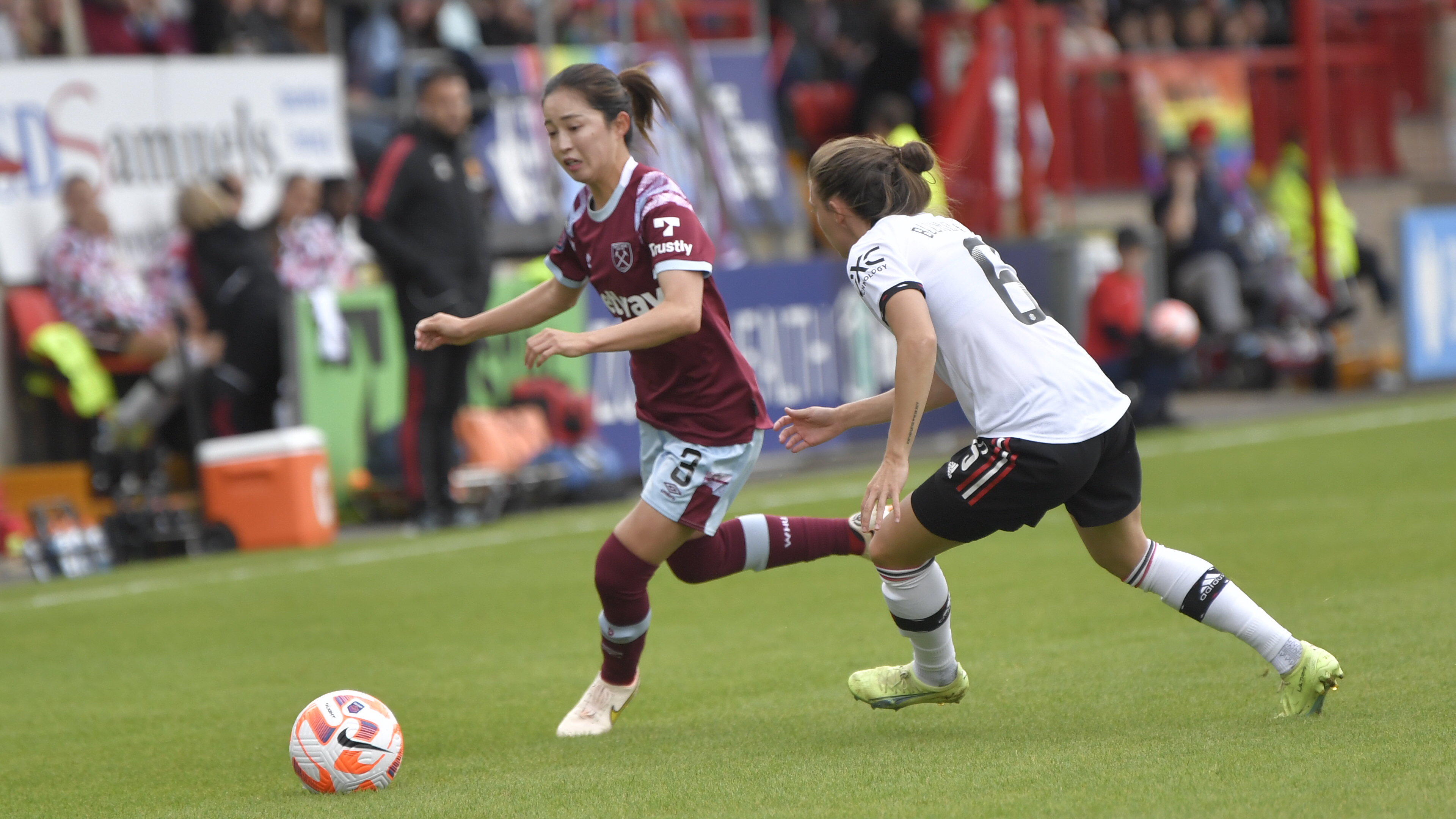 A battling West Ham United fell to their first defeat of the Barclays Women’s Super League season against Manchester United.

Second-half strikes from Lucía García and Hannah Blundell saw the visitors secure a 2-0 victory against the Irons.

Lucy Parker thought she had halved the deficit with 25 minutes to play, but her strike was ruled out for offside after a lengthy discussion between the referee and the linesman.

Viviane Asseyi and Lisa Evans also went close in a tight game that was ultimately determined in a five-minute spell early in the second half.

There were a few chances for both sides in an even, but ultimately goalless first half.

Hammers goalkeeper Mackenzie Arnold stretched to parry a miscued cross over the bar, while Kate Longhurst recovered brilliantly to clear a goalbound effort off the line. Arnold then deterred Alessia Russo and Ella Toone, who both struck from just outside the box.

The Irons too had chances to take the lead before the interval. Lisa Evans snatched a half-volley wide after Jess Ziu skillfully nipped through the visiting defenders to create the chance. Viviane Asseyi also saw her effort cleared off the line, while club captain Dagny Brynjarsdóttir also tested Earps from distance.

In first-half stoppage time, Millie Turner headed a Katie Zelem free-kick narrowly wide – the closest the visitors came to a goal across the first 45 minutes.

Manchester United struck twice in the first ten minutes of the second half in an ultimately decisive period.

Maya Le Tissier picked out Lucía García with a long pass on 50 minutes, before the winger clinically rounded Arnold and then tapped the opening goal into the empty net.

A second goal came minutes later as the visitors broke down the right-hand side. Batlle provided the assist as she passed the ball to the edge of the area, where Blundell was free to strike home.

The Hammers pressed to reduce the deficit and get back into the game. Substitute Izzy Atkinson, who made her competitive debut in Claret & Blue, saw her effort blocked while Asseyi also sent a free-kick narrowly wide of the visitors’ goal.

West Ham did have the ball in the net in the second half. Paul Konchesky’s side did well to keep the chance alive as Parker finished from close range, following a period of extended pressure from the hosts, although her strike was ruled offside following a lengthy discussion between referee Emily Heaslip and assistant Gareth Dunn.

Arnold kept her side in the game when she reacted well to tip a well-struck effort from Katie Zelem over the bar.

But despite a few later half-chances which Manchester United did well to clear, the Hammers were unable to avoid defeat.