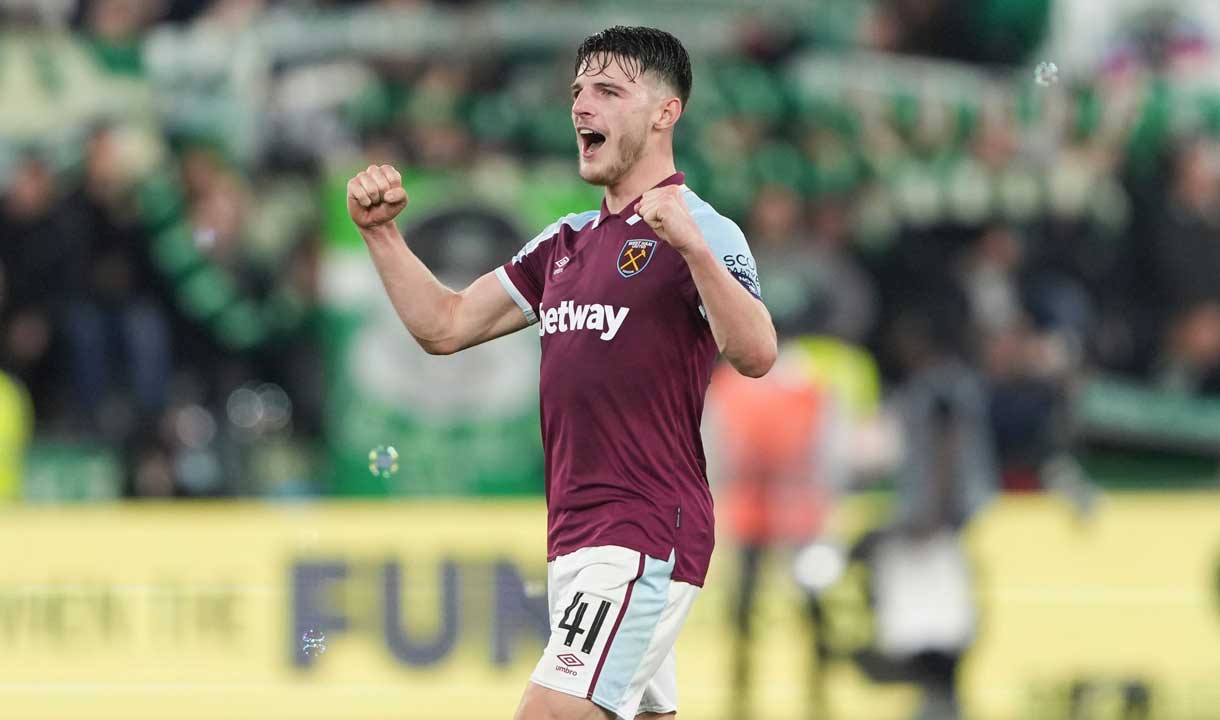 Declan Rice could get used to this.

Two European games into his career, he kept up a perfect record of two victories, with a goal in each.

The West Ham United midfielder backed up his strike in the UEFA Europa League Group H opener at Dinamo Zagreb with another goal as his side saw off Rapid Vienna 2-0 at London Stadium.

It was his tap in from Michail Antonio's low cross that opened the scoring against the Austrians, before Saïd Benrahma wrapped it up late on to conclude another successful night on the European stage for the Hammers.

Rice just wants more and more of it.

"It was amazing," he beamed at full-time. "We knew as players how big it was and we had to put on a performance. We had to win as well, of course, as all we want to do is top this group.

"We're taking it a game at a time and after getting the win in Zagreb, winning again tonight is great for the players and the fans."

Rice revealed that he had a feeling he would notch again on Thursday night, and said once again how special it is for him to play alongside Mark Noble in midfield.

"It was funny - when I knew I was playing with Nobes tonight, I said to him I'm going to try and bomb on a little bit tonight, and I told him I'd score!" the No41 added.

"When the opportunity came I saw there was a bit of space to run into as the play built up. If you don't make the runs you're not getting to get a chance and to score again is a really nice feeling. I wish it could be every week!

"Nobes is special, I've managed to spend six seasons with him, the first two as a little kid and four playing with the first team. I've learned so much playing next to him, seeing what he's like as a person and a man. There's nobody better to learn from, and I'm going to cherish every chance I get to play with him because it's his last season." 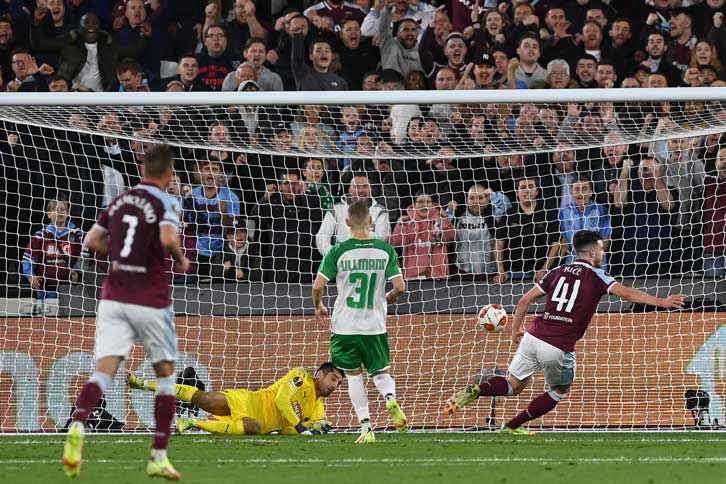