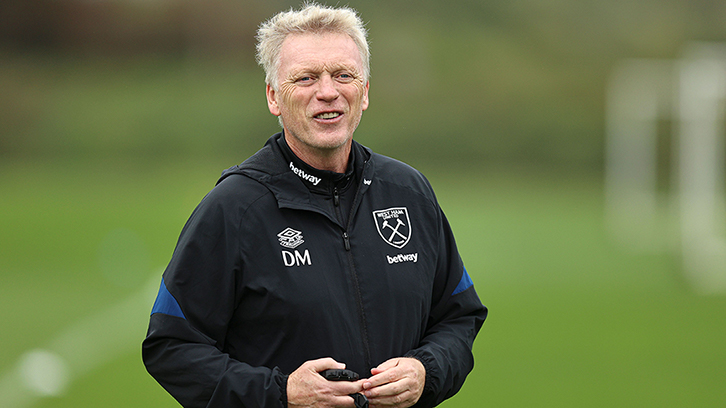 David Moyes was delighted to see his West Ham United players respond to the disappointment of defeat against Manchester United last weekend in the best possible manner: by beating the same opposition three days later in the Carabao Cup.

The manager felt that his team had been good value for at least a point at London Stadium, with the display signifying one top Premier League team challenging another - a point they subsequently proved at Old Trafford.

With a trip to Leeds United lying in wait this weekend, Moyes has now challenged his players to return to winning ways in the league and pick up an important three points on Saturday afternoon.

Winning at Manchester United in the Carabao Cup on Wednesday was a definite lift.

We felt as if we were really unfortunate in the Premier League game against them on Sunday not to take at least something away from it.

That’s the way football went, but the other night we got back on it. It’s a different competition, so while we were desperate to take points in the Premier League, on Wednesday we were trying to win and keep up momentum.

We lost the game on Sunday and there was always a chance we could lose at Manchester United on Wednesday, but to get a win was a really good result.

I thought the players did a great job with their energy and the way they worked, and I have to also praise the staff who worked really hard to get them prepared and ready for the game. 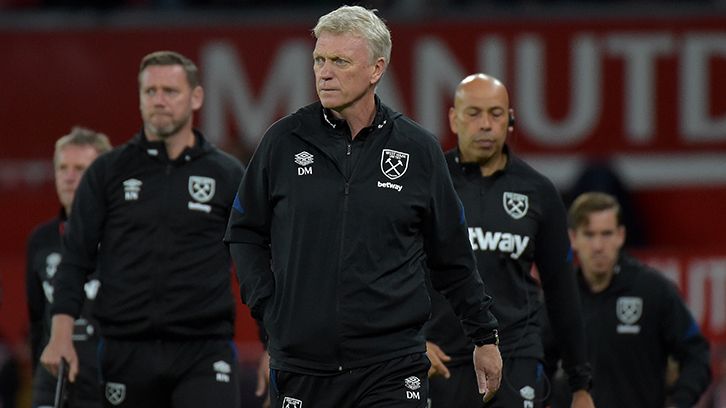 I think if you’ve watched Leeds United’s games so far this season, everybody would say they’ve had a quite difficult start to the season with the games they’ve had.

I’m a big admirer of their manager, Marcelo Bielsa, because of his record and the way his teams play. I think everybody enjoys watching Leeds United.

They’re a great football club, Leeds, fantastically supported, so it’s a really tough game for us, it really is. The energy Leeds put into their games and how they go about winning is going to be a test for any team who play them, and it’ll certainly be a test for us.

We’ve got to go out there and do what West Ham have been doing recently, which is being positive, trying to score goals and having a strong defence.

We’ll need to be strong defensively because of the way that Leeds play; if you look at their play, most people would say they are a really positive team, so we have to think like that as well.

There’s two sides to it and we’re going to try and attack them and score when we can, and we’ll have another tough job in trying to defend against them.

I remember when he went to Athletic Bilbao and I went to watch his team against Manchester United. I saw how he played and I thought “I’m going to have to try and play that way against United when we play them with Everton”, and we got a draw in that game.

His teams have always got an incredible energy, and everyone is well aware of his man-to-man marking in many areas of the pitch.

I think they’re more than that as well: I think they’re a really good passing team, and I don’t necessarily mean just short passing, but long passing as well, and for that I think their manager deserves a lot of credit because he’s done great work with them. 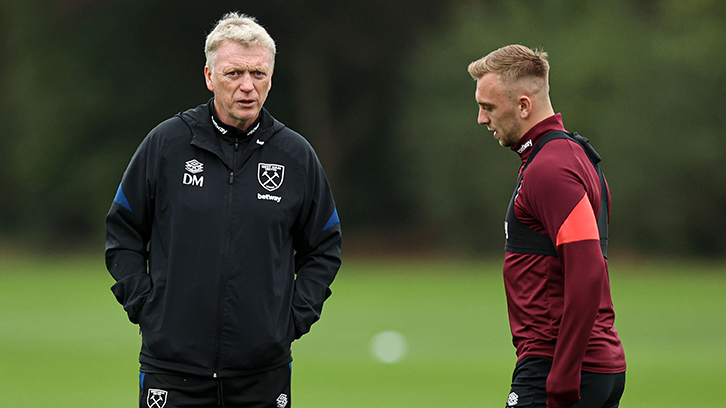 I always thought Jarrod Bowen was capable of playing in the No9 and given a chance to play the role, I thought he’d be good at it.

He plays other positions for us as well, but he’s such a really good boy to work with. He’s happy to play everywhere, wants to play, wants the games and he’s been improving for us since we signed him.

Even Nikola Vlašić had a little taste of the Premier League prior to joining us, but for Alex it was new, and I was glad to get him on the pitch for his first game. We thought he did a really good job.

He’s got a bit to do and more to add to his game and he’ll get that as he goes on. You look at last year, when we signed Said Benrahma, and you see how long it took him to settle in and become a Premier League player, so I very rarely expect when players come in for them to hit the ground running. I expect it to take at least six months for most of them to get acclimatised.

Alex played really well the other night. He’ll give us some other options, and that’s great for us. 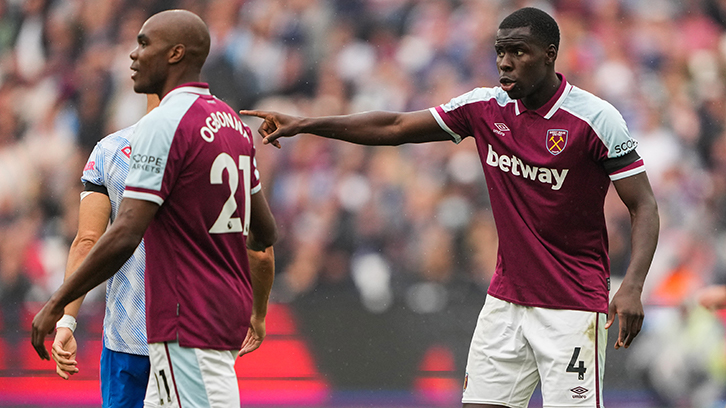 With Kurt Zouma, I think if you’re 26 and you’re a centre-half – and I was a centre-half in my day as well – there’s a lot of improvement to come.

I think his best years as a defender are yet to come here at West Ham. I do think we’ve watched things and seen things that can maybe help him, and the other thing is that he’s joining from a club with a great winning mentality and he’s used to winning trophies, so we hope he brings that to us as well.

He’s got great experience playing for France, who are probably in the top three nations in the world currently, so to be involved in that squad of players says something about him as well.

What we’ve got is good competition for places at centre-half. We had terrific performances the other night from Issa Diop and Craig Dawson. It’s what I want: we need competition with the amount of games that we have to play this season.

If you look back through Premier League history, you’ll find that most of the teams at the top have had just as good a defensive record, despite all the attention being on the goals that they score.

At the moment we’ve got a bit of both here; I think we’ve got a really good attacking look to us, and we had it last season. We’re finding some more difficulties with the way some teams are playing against us, but I think we’ve also tried to add to our defence to try and make us harder to play against. 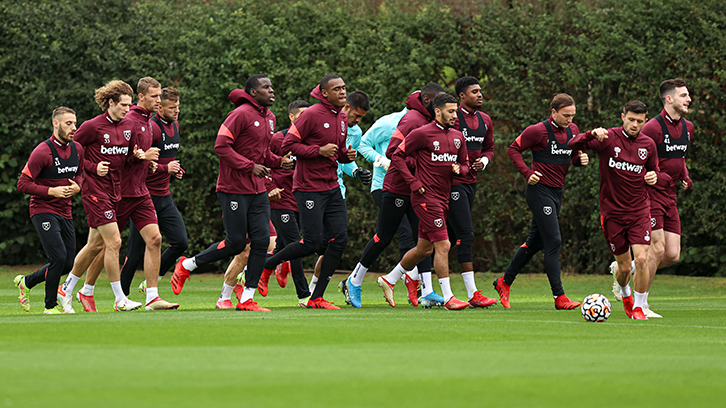 I think as a team we are moving in the right direction.

We sense it round the training ground and we sense it at the Club. The team, the Club and everybody else is moving in the right direction, all together.

That’s the point where we can find out the gap and how much we need to keep making up, because the job’s to try and challenge them as we go along.

Ultimately, we’re still trying to find our level, but I think what we showed last year, and with what we’ve shown at the start of this season, I see no reason why we shouldn’t keep ourselves up there challenging the top teams.

I don’t think the players deserved to lose last Sunday, and our other games have been tough, but I’ve got to say we’ve picked up and we’ve only got one defeat so far this season and didn’t lose in pre-season as well, so I think we’re in a really good place at this moment in time. 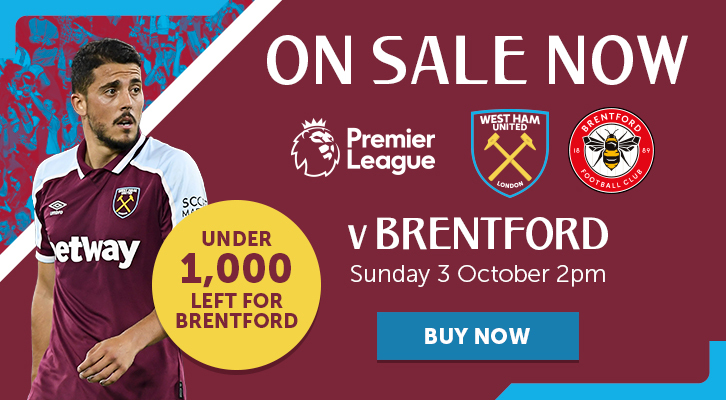