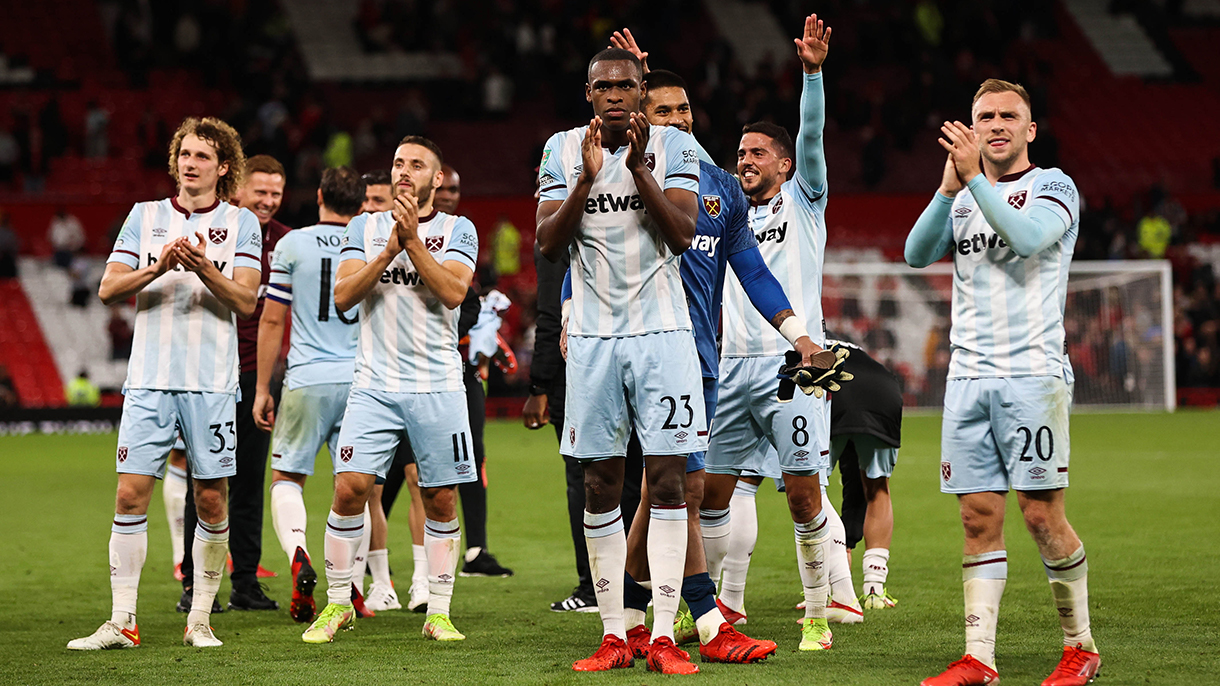 West Ham United’s victory at Old Trafford on Wednesday evening was certainly one worth waiting for – and not just because of the result three days prior.

The Irons’ counter-attacking triumph in the north-west was their first at the home ground of Manchester United since the famous win over the Red Devils on the final day of the ‘Great Escape’ season in 2006/07.

The symmetry between the two victories makes for nice reading, with both games finishing 1-0 to the team in Claret and Blue and both goals stemming from Argentinian maestros in Carlos Tevez and Manuel Lanzini respectively.

And the only player to start both games? Mark Noble, of course.

2. Debut delight for the new boys

There are few more imposing assignments in English football than making your debut at the home of a side featuring internationals valued in the tens of millions like Anthony Martial, Jadon Sancho and Donny van de Beek.

But for West Ham new boys Alphonse Areola and Alex Král, no settling in period was necessary as the defensive duo slotted in seamlessly to their respective roles in a collectively impressive counter-attacking performance.

In goal, Areola’s clean sheet came after dealing with several efforts from distance and, most impressively, a one-on-one with Mason Greenwood midway through the second half, the former Real Madrid and Paris Saint-Germain emanating solidity between the posts.

Král, meanwhile, was a constant source of energy in midfield and won a match-high five tackles, as well as producing three interceptions and two clearances – an impressive impact on his Irons’ debut. 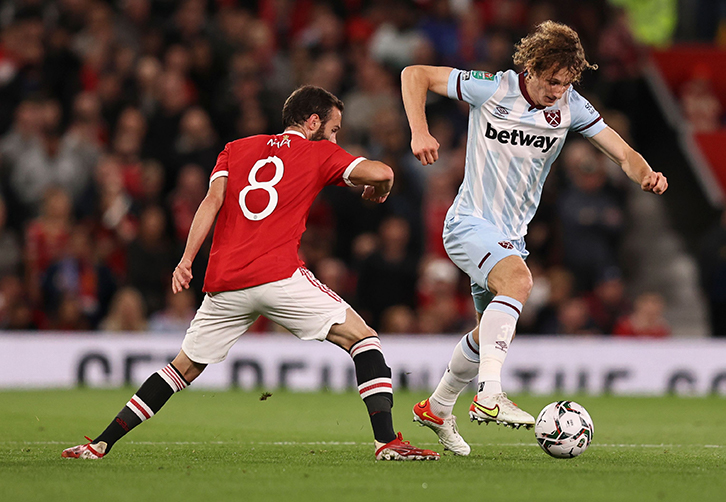 3. Progression in the Carabao Cup

Make no mistake about it – whatever the possession or shots statistics might suggest, West Ham’s chances were clearer and their progression to the Carabao Cup fourth round fully deserved.

The vast majority of Manchester United’s efforts were from distance, with only six of their 27 shots calling Areola into action, while the Hammers had the clearer opportunities to extend their lead, particularly in the closing stages when Andriy Yarmolenko hit the post and Mark Noble was denied one-on-one by Dean Henderson.

Manager David Moyes spoke ahead of the game about recent evidence suggesting his team are getting closer and closer to the purported ‘top’ teams in the Premier League, and as the Hammers look forwards now to a fourth-round tie at home to Manchester City, the opportunity to further evidence their progression is nigh.

4. The brilliant backing of the Claret and Blue Army

First-team coach Stuart Pearce summed it up best when he told West Ham TV in his post-match interview: “The fans were magnificent at the weekend, as they were a week prior to that at Southampton, so we’ve really got a unified Club at the moment from the terraces right down to the pitch and the character the players showed.”

West Ham United’s supporters once again did their team proud on the road. After bringing the sounds of East London to South-Eastern Europe last week, singing out loud and proud in Zagreb, the Claret and Blue Army were once again in fantastic voice during a midweek away assignment.

Choruses of ‘Bubbles’ and ‘Irons’ rang around Old Trafford all evening long as the Claret and Blue faithful spurred their team on to fight for every loose ball, block every shot and clear every cross.

Another away day to enjoy and savour.