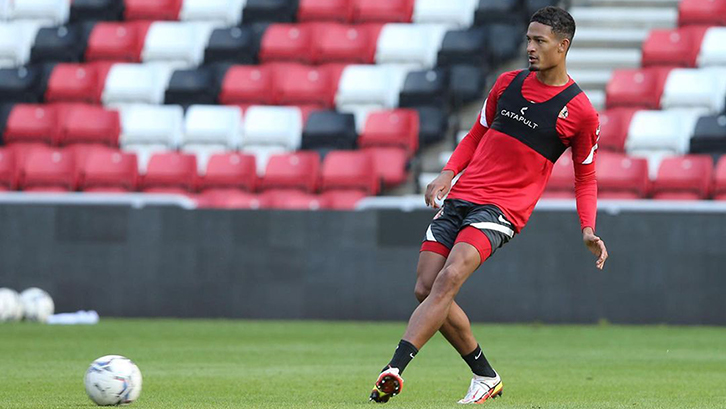 Six West Ham United loanees played for their adopted clubs this weekend across the English and French football leagues.

In the Championship, Republic of Ireland youth duo Conor Coventry and Mipo Odubeko were second-half substitutes for Peterborough United and Huddersfield Town respectively.

For Coventry, who played the final 20 minutes of the Posh’s 3-0 win over Birmingham City, the victory was his in the EFL Championship on his third appearance.

An own-goal from Harlee Dean and further strikes from Jonson Clarke-Harris and Jorge Grant saw Darren Ferguson’s Peterborough team secure just their second league win over the season, further aided by Gary Gardner’s dismissal for Birmingham in the second half.

Peterborough sit 22nd after eight games, but are just three points from 12th place in a remarkably competitive EFL Championship table. An away game at high-flying Coventry City is up next for them.

Huddersfield, meanwhile, slipped to seventh after Odubeko’s introduction in the 58th minute was not enough to help them overcome a 2-0 deficit at home to Nottingham Forest.

Odubeko had enjoyed his first victory in the Terriers’ midweek 3-0 win at Bloomfield Road last week, but saw his side slip to defeat thanks to a first-half strike from Lewis Grabban and a second-half own-goal from Lee Nicholls. Swansea City away are up next.

In League One, defender Frederik Alves made his League One debut – having previously played in the EFL League Cup – for Sunderland as the Black Cats were held to a 2-2 draw at Fleetwood Town.

Sunderland had gone 2-0 up at Highbury Stadium as late as the 76th minute, but with Callum Morton pulling a goal back in the 81st for the hosts to set up a grandstand finish, Alves entered the field of play for the final minute.

Sadly, however, a handball inside the area seconds later from Luke O’Nien gifted Ged Garner the chance to equalise seven minutes into stoppage time – an opportunity he duly took with the last kick of the game. Sunderland now sit second, behind Wigan Athletic on goal difference.

Nathan Holland was also a late substitute for midtable Oxford United, but had little space in which to work as they slipped to a 1-0 defeat away at Cheltenham.

Next up for the U’s is a home game against struggling Gillingham at the Kassam Stadium on Saturday.

The Boro will hope for better when they travel to promotion chasers Harrogate Town on Saturday.

And in France’s Ligue 2, Nathan Trott helped AS Nancy to avoid defeat with ten men for the second week in a row as the goalkeeper played his part in a 1-1 draw at home to Le Havre.

The two teams exchanged quickfire goals at the start of the second half but, despite Nancy dominating possession and chances, they were ultimately unable to secure a first league win of the season, and remain firmly entrenched in a relegation battle.