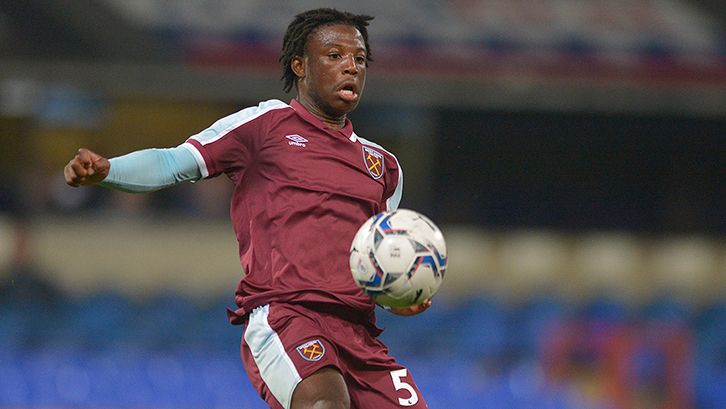 The 19-year-old was once again in sparkling form for the development squad during their impressive 2-1 win over League One team Ipswich Town at Portman Road last week, kicking off his Papa John’s Trophy campaign with the Irons’ opening goal in the victory.

Now in his third season of regular development football – Forson made his development squad debut just over two years ago in the same competition, as a half-time substitute in the 5-4 win over Newport County at Rodney Parade – the teenager is continuing to showcase impressive growth in his game.

Typically in the past a defensive midfielder, Forson is beginning to showcase more box-to-box qualities, including three goals in 17 Premier League 2 games last season – so he was delighted to start this season in similar ilk.

“I really wanted to score today and was telling myself before the game that the goal was coming. I can’t thank my teammates enough. Dan [Chesters] laid it off to me and I took it on and put it into the bottom corner, so thanks to them.

“We didn’t really have much of the ball during the game, but when we did we took our chances. We had to be clinical.” 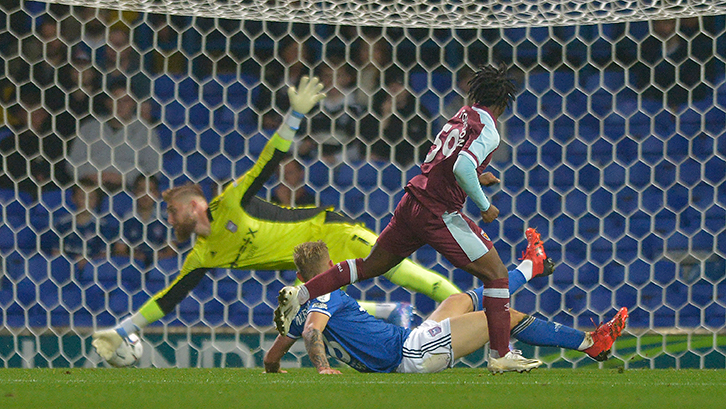 Clinical they were, with Forson’s smart finish at the end of some impressive one-touch football involving Kamarai Swyer and Chesters arriving shortly after James Norwood had put Ipswich in front in the second minute.

Buoyed on by a vocal crowd at Portman Road, the Tractor Boys had the better of the early exchanges, but were silenced by the end of proceedings as Armstrong Okoflex converted a penalty for West Ham in the final minute.

For Forson – who was named in the first-team matchday squad for the trip to Celtic Park in pre-season, having also made his non-competitive first-team bow against Northampton Town earlier that month – it was another valuable experience.

“Obviously we had a poor start to the game,” he recalled. “I was really just trying to get behind my teammates and tried to see if we could stay in the game.

“That’s what you have to do sometimes; it was really tough out on the pitch, especially with the fans there shouting for them, so I just tried to get behind my teammates and come back into the game, which we did.

“I haven’t really experienced playing in front of fans so much, but I have at some games. I really enjoyed it.

“Sometimes it can change the momentum of a game and make it shift different ways, but I really enjoyed it last week.”

As for his hopes against Derby, Forson wants his U23s teammates to continue that winning feeling when they travel to the Loughborough University Stadium, knowing that a win by the right scoreline could take them as high as third in the Premier League 2 table.

“We just need to kick on,” he confirmed. “Hopefully, if we could get another win that would be great. We’ll kick on.

“Obviously, we will be tired, but it’s not an excuse – we need to keep going and hopefully get the win.”

Supporters are once again able to attend Derby U23s’ home matches, and tickets can be purchased for Monday night's game (kick-off at 7pm) in advance of each fixture from the Loughborough Sport website.

Advanced purchases are advised, and all tickets will be for the terracing areas of Loughborough University Stadium.

If you’re unable to attend the game, you can still follow proceedings with our live blog on whufc.com from 6.30pm. There will also be post-match reaction and highlights pieces available to read after the final whistle.