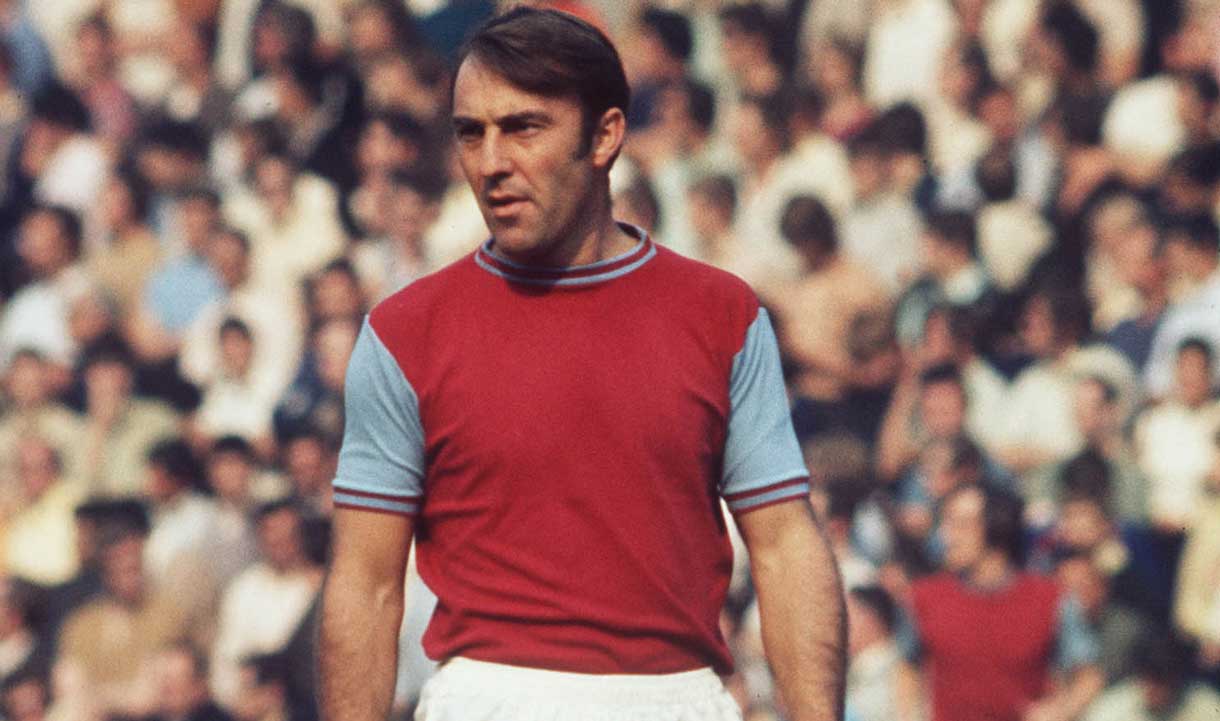 Everyone at West Ham United has been extremely saddened by the news that legendary striker Jimmy Greaves passed away this morning at the age of 81.

A member of England’s 1966 World Cup winning squad, the prolific goalscorer spent two seasons with the Hammers towards the end of his illustrious playing career, scoring 13 goals in 40 appearances, including two on a memorable debut at Manchester City in March 1970.

In total he scored 438 goals in 652 senior appearances in English football, and will go down in the history of the game as one of the finest goalscorers ever seen.

Born in East Ham on 20 February 1940, Jimmy began his career at Chelsea, progressing through the youth ranks and going on to score 132 goals in 169 matches between 1957 and 1961, before a short-lived spell in Italy with AC Milan.

In December 1961, he returned to London to join Tottenham Hotspur, where he went on to firmly establish himself as one of the greatest strikers in the country, with 266 goals in 381 appearances across a nine-year period.

A regular in Alf Ramsey’s England side, he scored a phenomenal 44 goals in just 57 caps for the Three Lions, although injury ruled him out of the latter stages of the 1966 World Cup tournament – his place taken by West Ham’s Geoff Hurst, who went on to famously score a hat-trick in the final victory over West Germany.

In early 1970, Jimmy moved across London to Upton Park in the record-breaking deal that saw Martin Peters head in the opposite direction, and he quickly continued to live up to his reputation, hitting a brace on his debut in a 5-1 win over Manchester City at Maine Road.

A great friend of Hammers legend Bobby Moore, Jimmy became a popular figure in his time at Upton Park – proof of how his standing in the game and likeable personality transcended the rivalry between the London clubs he played for.

After retiring from the professional game at the end of the 1970-71 season, he went on to become a hugely respected and admired TV personality, and in 2020 was awarded an MBE in the Queen’s New Year Honours list.

The thoughts and condolences of everyone at West Ham United are with Jimmy’s wife Irene, his four children, and their family and friends at this sad time.