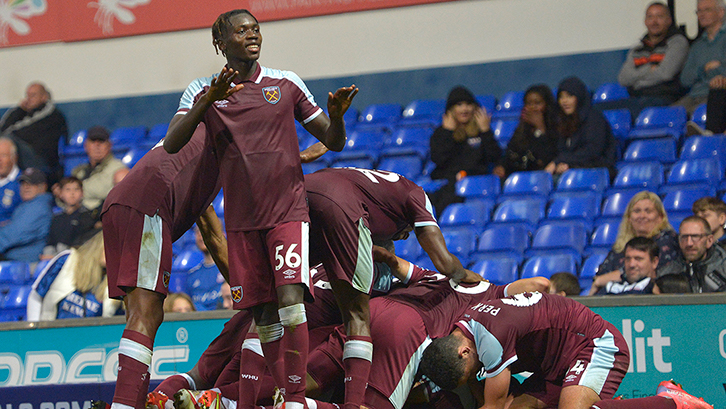 Off the back of two impressive results on the road in a row, West Ham United’s development squad return to Premier League 2 Division 1 action on Monday evening when they travel to face Derby County U23s at Loughborough University Stadium.

Here’s everything you need to know about the game…

In their last league outing a week, the young Hammers were combative, energetic and impressive to come from behind against much-fancied opposition – but denied victory by a late penalty in a 2-2 draw at Leeds United.

On Tuesday, Dmitri Halajko’s development squad travelled to Portman Road to take on senior opposition in Ipswich Town – one of division’s favourites to secure promotion prior to the start of the season – in their opening game of the Papa John’s Trophy group stages.

And once more, despite falling behind in just the second minute, West Ham’s bright young talents showed their resilience, graft and – when it mattered – quality, equalising ten minutes later through Keenan Forson’s well-taken team goal.

Where a late spot-kick had denied them three days prior, this time, it was to prove their avenue to secure an unlikely victory, Armstrong Okoflex burying it from 12 yards with just seconds remaining on the clock.

The boys in Claret and Blue will now be hoping to showcase their outstanding character for a third away game in a row, fully aware that three points in Leicestershire against Derby could lift them as high as second in the table, pending other results this weekend.

All in all, however, Halajko can look back on his team’s results over the first month of the season with pride, after giving themselves an excellent platform to challenge for a high finish in the top-flight of Premier League 2 and qualify for the Papa John’s Trophy knockout rounds. 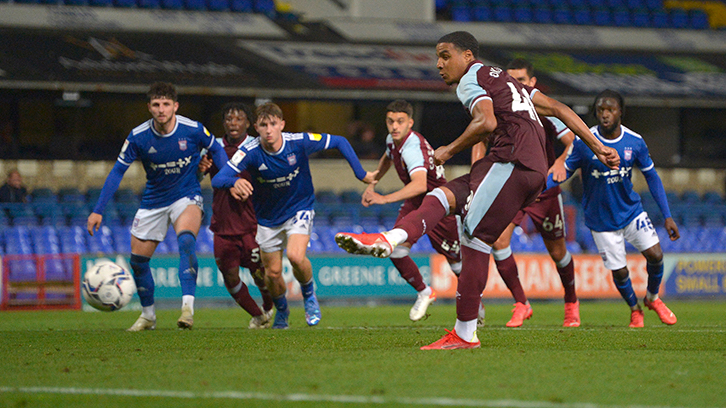 Conversely, Derby County have had a less promising start to the season, with the sad announcement on Friday that the club are set to go into administration amid continued financial problems.

It is to the Rams’ credit that, even with a shallow squad, they have continued to pick up points in the Championship, with eight of Derby’s 18 players in the matchday squad against Stoke on Saturday hailing from their academy.

One of those players, 20-year-old forward Jack Stretton, netted a hat-trick against the Hammers in Premier League 2 last season, and went on to score his first senior goal for Derby in August after hitting three in five games on loan at Stockport County in March.

The quick and direct striker scored eight times in ten games in Premier League 2 last season to earn that opportunity and, after starting Saturday’s game on the bench, could be in line to start for their U23s on Monday night.

Former Academy of Football playmaker Louie Watson has made some ten appearances for Derby at this point, and has been joined in recent first-team squads by the likes of England U21 international defender Lee Buchanan, midfielders Max Bird and Louie Sibley (a promising England U20 player), and young forwards Festy Ebosele and Jason Knight.

The knock-on effect of these promotions, however, has seen Derby U23s struggle in Premier League 2 so far this season; utilising many of their U18s, the young Rams have been beaten in all three league games so far, albeit all against strong academies, and sit bottom of the table.

Managed by former the long-serving Pat Lyons, however, the Rams’ strong recent record at this level – they finished fourth in 2019/20 and sixth last season – suggest they should not be underestimated, particularly when the opportunity to potentially play first-team football is within their players’ grasps.

The Hammers’ recent record against the Rams at this level is not a favourable one, with just one win in eight games since the Professional Development League was established in 2012.

Last season, the two teams played out a largely attritional 0-0 draw at Rush Green in February, having seen Stretton’s aforementioned hat-trick see off the Hammers 3-2 in the reverse fixture in November 2020 – a game in which we scored twice in the final ten minutes to set up a grandstand finish in Loughborough.

Prior to those meetings, West Ham did enjoy their trip to Pride Park in their first-ever Premier League International Cup quarter-final in March 2020: a 6-5 win on penalties arriving after a dramatic 3-3 draw.

And Halajko’s team will have fonder recent memories of their most recent visit to Loughborough University: a 4-1 pre-season win at the stadium, against the University’s Football Club, at the culmination of their preparatory training camp in July. 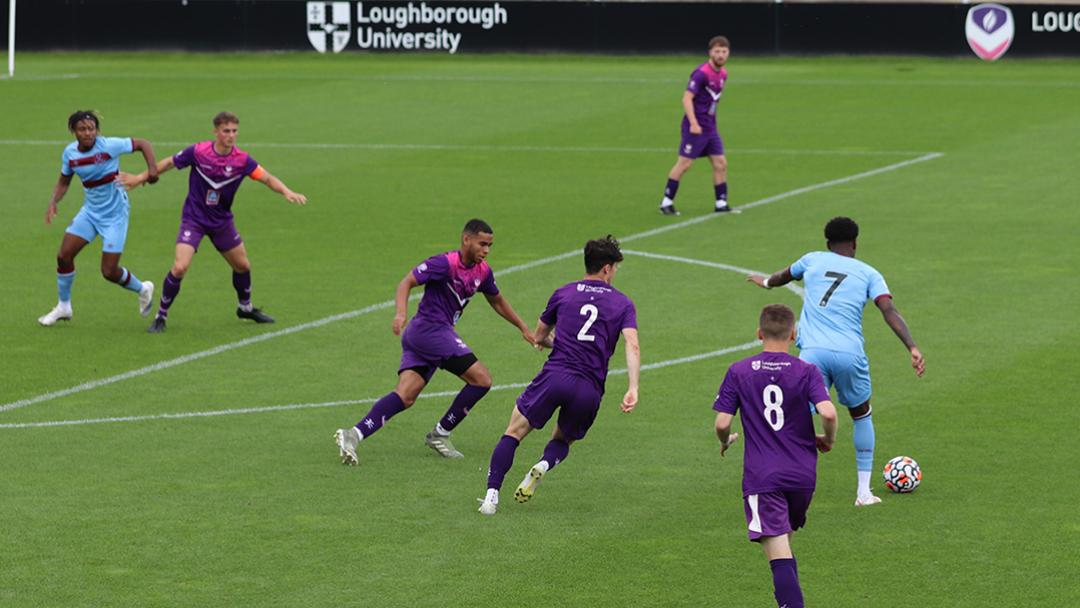 “Hopefully if we can get another win, that will be great. Obviously, we will be tired, but it’s not an excuse – we’ll just keep going and hopefully we can get the win at Derby.”

Supporters are once again able to attend Derby U23s’ home matches, and tickets can be purchased in advance of each fixture from the Loughborough Sport website.

Advanced purchases are advised, and all tickets will be for the terracing areas of Loughborough University Stadium.

If you’re unable to attend the game, you can still follow proceedings with our live blog on whufc.com from 6.30pm. There will also be post-match reaction and highlights pieces available to read after the final whistle.