There are a number of West Ham United Women’s players that are away on international duty over the next week or so.

Here’s all you need to know about our stars that will playing for their countries in the international break! 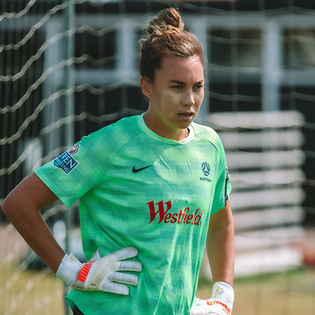 y’s before returning back to east London. Mackenzie Arnold, Dagny Brynjarsdottir and Tameka Yallop have all been called up for their nations.

Mackenzie Arnold and Tameka Yallop will take on the Republic of Ireland in a friendly match on Tuesday 21 September, with the game taking place at the Tallaght Stadium in Dublin.

This will be the first time that the squad have linked up since their impressive performances at the 2020 Tokyo Olympic Games, which saw them knock out Team GB at the quarter-final stage before being defeated by Sweden.

Manager, Tony Gustavsson will be hoping that his team can put in a good performance against the Irish, who have former Hammers goalkeeper Courtney Brosnan in their squad for the fixture.

Yallop, who is yet to feature in the Claret & Blue of West Ham United due to issues involving her passport will arrive in east London after this international break.

Dagny Brynjarsdottir will be in competitive action for Iceland, as they prepare to face a strong Netherlands side on Tuesday 21 September in a Women’s World Cup qualifier group stage fixture.

Iceland have been drawn in a group with the Dutch, Belarus, Cyprus, and the Czech Republic, as they look to advance out of Group C.

The midfielder is looking to pick-up her 93rd cap for Stelpurnar okkar and will be hoping that she can help her side to what would be their third victory in a row, having beaten Ireland in two friendly fixtures as the season concluded.

Unfortunately, all of these matches featuring West Ham United players will not be shown in the British Isles, but those who live further afield may be able to tune in depending on where you live!