Academy of Football starlets impress for their countries 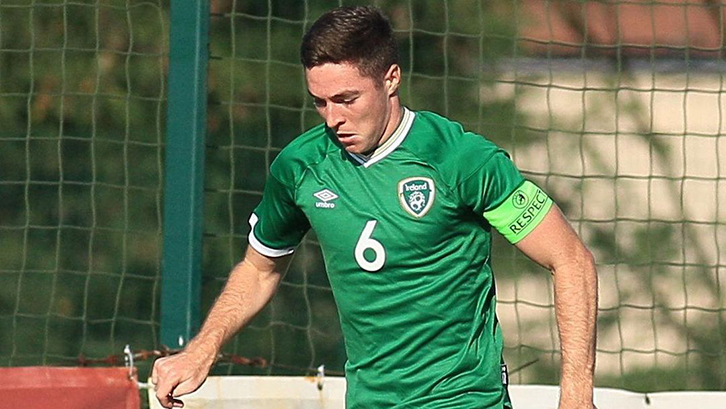 Seven bright young talents from the Academy of Football were in action for their respective international youth teams over the weekend.

Conor Coventry scored his first goal on his 17th appearance for Republic of Ireland U21s as the Boys in Green kicked off their 2023 UEFA U21 Championship qualifying campaign with a 2-0 win over Bosnia and Herzegovina.

Aiming to make the finals for the first time, Jim Crawford’s side got off to the best possible start to their Group F campaign at the Bosnia and Herzegovina FA Training Centre in Zenica.

The visitors were the better team throughout and took the lead through Tyreik Wright’s 52nd-minute penalty before Coventry - who joined EFL Championship club Peterborough United on a season-long loan last week - put the seal on the result with a sweeping low finish from a short corner with 17 minutes left to play.

Having missed out on qualification for this summer’s finals by two points, Coventry and his teammates will be hoping to continue their strong start to their 2023 campaign when they visit bottom side Luxembourg on Tuesday evening.

Sweden currently lead Group F with two wins from two games, whilst the pool also contains the likes of Italy and Montenegro.

Also representing his nation in qualification was Krisztian Hegyi, who started for Hungary U21s in their opening Group B qualifier with Israel in Gyor on Thursday.

Hegyi ended on the losing side as the visitors triumphed 2-1, but will be hoping to bounce back when they travel to San Marino on Tuesday.

Elsewhere, Jamal Baptiste made his first appearance for England U19s – having previously taken part in a training camp in May – as the defender played the full 90 minutes of the Young Lions’ 2-0 win over Italy at St George’s Park.

Ian Foster’s team have been stepping up their preparations for November’s U19 EURO ‘qualifying’ round, in which England will face group hosts Sweden, along with Switzerland and Andorra, for the right to advance to the ‘elite’ round in Spring 2022.

There, 28 remaining teams will battle it out for the right to join hosts Slovakia in the 2022 UEFA U19 Championships next summer.

Baptiste’s team were impressive in victory over the Azzurri on Thursday, as goals from Dane Scarlett and Jude Soonsup-Bell set them up perfectly for a second friendly against Germany – to be played in Bad Durrheim on Monday afternoon.

And at U18s level, West Ham’s representation of the Young Lions continued as midfielder Sonny Perkins played the full 90 minutes, and goalkeeper Jacob Knightbridge the second half, of England’s 1-1 draw against Wales on Friday afternoon.

Paul Williams’ Young Lions made the short trip across the border for their first training camp of the new season this week, culminating in a game with their hosts at Newport’s Spytty Park.

Jamie Donley’s injury-time penalty granted Northern Ireland the victory on the first occasion, with Forbes an unused substitute when the two teams met two days later for a second friendly which ended in the same scoreline – and with the same scorer!

The two friendlies are likely to provide vital preparation for October's Euro qualifiers against group hosts Czech Republic, as well as Denmark and Kazakhstan.

Finally, representing England U17s, defender Oliver Scarles has reached the final of the Syrenka Cup – a friendly competition – in Poland after playing his part in a 2-0 win over Romania and a 2-1 win over Portugal.

They are now set to face an impressive Netherlands team in the final of the tournament on Tuesday afternoon.