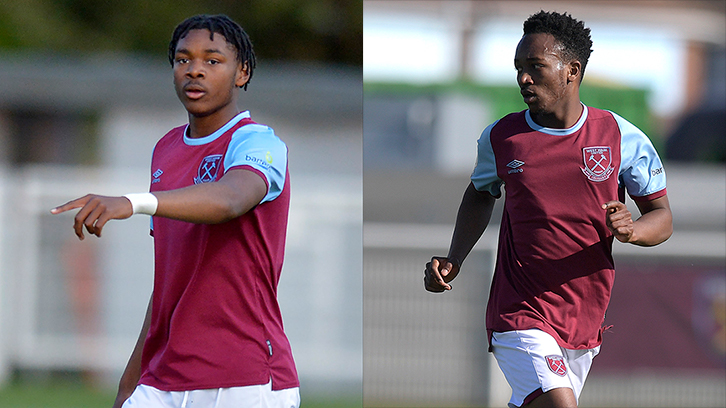 Academy of Football starlets Jamal Baptiste and Amadou Diallo have received their first call-ups to the England U19s development squad for a training camp next week.

For 17-year-old Baptiste, the call-up comes at the culmination of a season in which the defender signed his first professional contract and also made his West Ham United first-team debut, appearing in the 4-0 win over Doncaster Rovers in the FA Cup fourth round in January.

Baptiste went on to make 23 appearances for West Ham’s U23s side over the course of 2020/21, having earlier in the season also received his premier England U18s call-up.

Diallo, meanwhile, missed much of the campaign through injury, but returned in the second half of the season to make three appearances for the U23s and six more for the U18s.

Prior to the onset of the global pandemic and his subsequent injury, the 18-year-old forward last represented his country in February 2020.

On that occasion, Diallo captained England U17s and impressed, scoring twice for the Young Lions during three friendlies across four days.

Now both included in the U19s squad, Baptiste and Diallo will be hoping to make an impression on head coach Ian Foster as he looks towards the 2021/22 campaign by bringing his contingent together to train at St George’s Park for five days.

Foster has named a 28-strong squad for the camp, which will start on Sunday 23 May and run until Thursday 27 May, as he looks to prepare the group for the 2022 U19 European Championships.

That competition is scheduled to begin in October, when the Young Lions will play group hosts Sweden, Switzerland and Andorra in the first qualifying round of a tournament which will culminate in the summer finals in Slovakia in July 2022.

This summer’s UEFA U19 European Championship finals were cancelled when the qualification stages could not go ahead.