West Ham United’s first season back in the Premier League was coming to a memorable close on this day in 2013.

The Hammers, who had been promoted via the Play-Offs in dramatic fashion 12 months earlier, signed off the campaign with the visit of the team who had pipped them to automatic promotion, Reading, to the Boleyn Ground.

The two sides had developed an unlikely rivalry which stemmed from the Royals’ two emphatic victories over Sam Allardyce’s side the previous season – 3-0 at the Madejski Stadium and 4-2 in east London.

West Ham saw Joey O’Brien and Jack Collison sent-off in the first meeting in December 2011 before seeing their title hopes all but evaporate with defeat at the end of March 2012. 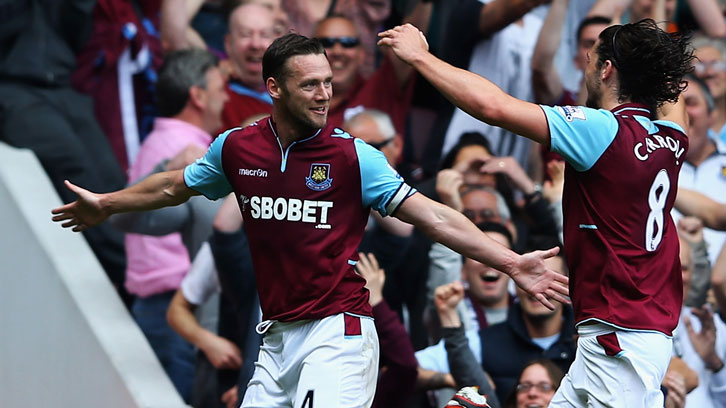 Nine months later, West Ham travelled to the Madejski again, this time in the Premier League, and Reading again took the honours, winning 1-0.

One man who was therefore determined to gain revenge when the Berkshire club travelled to the Boleyn on 19 May 2013 was captain Kevin Nolan, who picks up the story of what happened that sunny Sunday afternoon.

“The final game of our first season back in the Premier League was at home to Reading in May 2013,” said Nolan, whose Notts County side face Coventry City for a place in the League Two Play-Off final today. “As I am sure all the West Ham fans remember, Reading had beaten us the previous season in the Championship and also 1-0 in the reverse fixture at their place before Christmas. 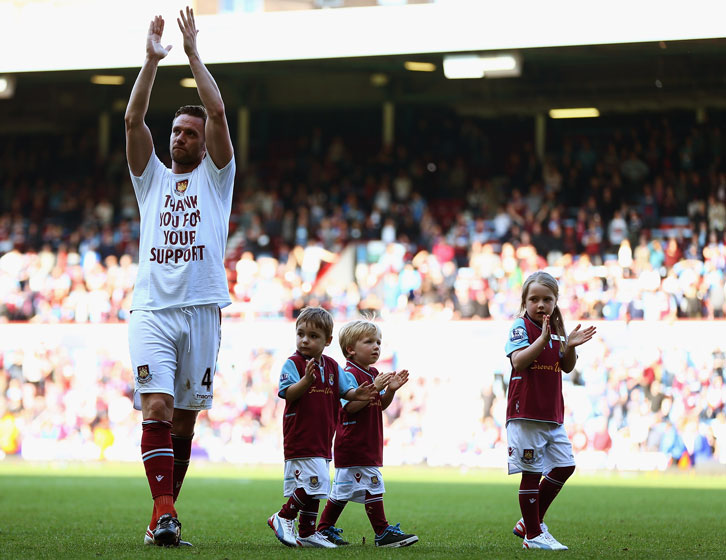 “However, we’d taken to life back in the top flight much better than them overall and when they came to the Boleyn Ground, they’d already been relegated, while we were comfortably in mid-table.

“They had given it large, so to beat them 4-2 was extra special.

“Personally, it was nice to get my first hat-trick for the Club and also to get to ten goals for the season. I was delighted, to be honest.

“After the game, we brought our families onto the pitch and it was nice to spend some time out there with my daughter Jasmine and son Sonny, as well as with all the other lads’ kids. That’s a nice memory.”

Enjoy the action from a fantastic afternoon in the east London sunshine again here!