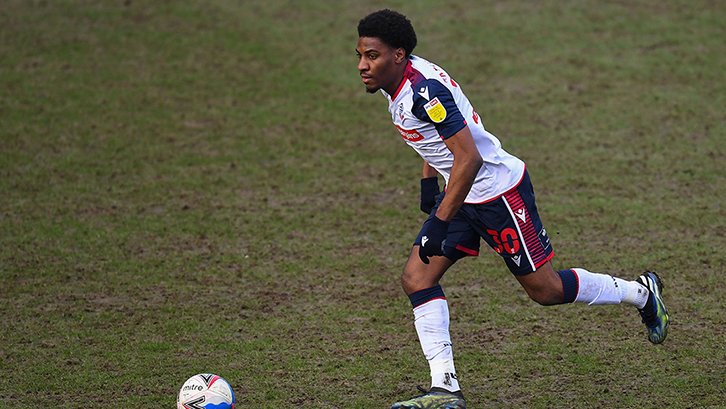 Oladapo Afolayan and Olatunji Akinola were both on the winning side in League Two as four West Ham United loanees featured over the weekend.

Flying high near the top of the table are Bolton Wanderers and Afolayan, who saw off Walsall at University of Bolton Stadium on Saturday to remain fifth – just five points off league leaders Cheltenham.

The Trotters went into the game seeking an eleventh win in their last 13 league games – and duly got it courtesy of second-half strikes from Kieran Lee and Eoin Doyle, the latter from the penalty spot.

Sam Perry’s first-half goal had given Walsall the lead with a strike from distance, before Afolayan twice came close to opening his Bolton account with shots from range.

The West Ham loanee also came close with a headed effort from inside the area, before Lee’s own header drew his team level.

Afolayan was then involved in an off-the-ball incident which saw Walsall’s Hayden White dismissed for grabbing him around the throat, moments before Doyle stepped up to plunder the winner from the penalty spot.

Olatunji Akinola and Leyton Orient, meanwhile, recorded an impressive 1-0 win over Newport County at Cardiff City Stadium, a second win in their last five games adding some light to a difficult run thus far in 2021.

Having been rotated between the centre-back and right-back positions throughout the season, Akinola was restored to the starting eleven as a full-back in south Wales.

The 22-year-old duly delivered by playing his part in keeping a clean sheet that ensured Connor Wilkinson’s second-half goal would boost Orient up to 14th in the table. 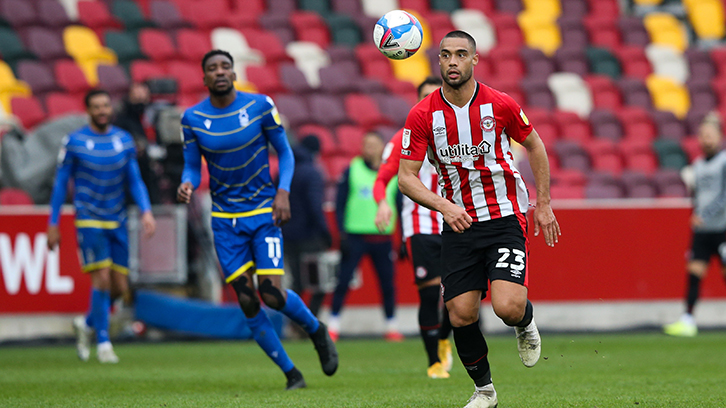 Brentford and Winston Reid's push for promotion from the Championship took a knock as a resilient Nottingham Forest side held the Bees to a 1-1 draw at the Brentford Community Stadium.

Ivan Toney’s 28th goal of the season – an early penalty kick after the forward had been felled after 12 minutes – looked to have put Reid’s side on course for another three points as they strived to close the gap on the automatic promotion places.

Yet despite Brentford going on to hit both crossbar and post amidst a second-half onslaught, Forest stole a point midway through the second half when Filip Krovinovic stroked the ball home from Lewis Grabban’s lay-off.

Brentford now sit fourth, seven points behind Watford in second place, albeit with a game in hand on their promotion rivals.

Elsewhere in League Two, Ajibola Alese was named among the substitutes as Cambridge United saw off Forest Green Rovers at Abbey Stadium, winning 1-0 courtesy of a first-half Wes Hoolahan goal. The result keeps the U’s in second, one point behind Cheltenham.

In the Swiss Super League, Gonçalo Cardoso was also an unused substitute for FC Basel in their 2-1 defeat against Lugano on Saturday.

The result bumps the Portuguese youngster’s adopted side from the European qualification places into fourth, with ten games of the season remaining.