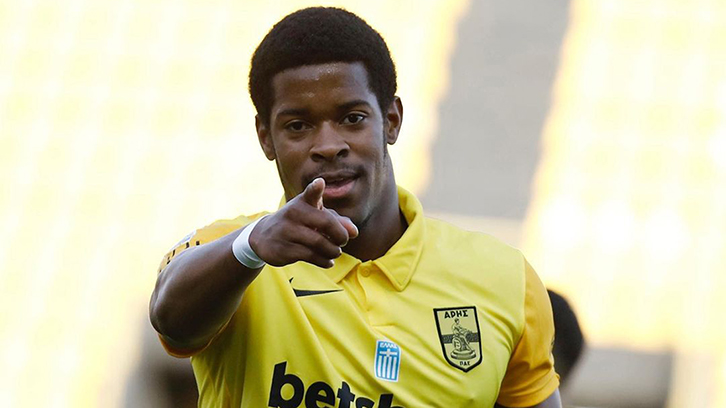 Three West Ham United loanees finished on winning sides this weekend, with a grand total of five featuring for their respective adopted clubs.

In Super League Greece, Xande Silva came off the bench to score his third goal of the season in Aris Thessaloniki FC’s thumping 3-0 win at home to Atromitos.

With their place in the top tier of the league split already confirmed – at the end of the season, the top 6 clubs face each other in a 10-game championship round to decide the champions and European qualifiers – Aris were seeking to recapture winning form after three games without a victory in all competitions.

Having already gone two goals ahead through Cristian Ganea and Lucas Sasha in a dominant showing, Silva emerged from the bench with just over 20 minutes to play hoping to make an impact.

And that he did ten minutes later, pouncing on a poor header from an Atromitos defender and driving at the two centre-backs before laying the ball off to Dimitris Manos.

Silva then made a smart run into the area to sweep the return pass high into the net, an excellent finish by the 23-year-old to wrap up the points and put forward a strong case to start Thursday evening’s Greek Cup quarter-final second leg at home to Olympiakos.

Aris go into that game with a 2-1 deficit to overturn against the competition’s reigning champions at Kleanthis Vikelidis Stadium.

Despite keeping a clean sheet on Wednesday, the Bees suffered an early shock when the Potters capitalised on some slack passing at the back to score through Jacob Brown.

A physical fixture ensued in west London between two fully committed teams, with Reid almost the source of an equaliser when he met Saman Ghoddos’ corner 12 yards out – but the New Zealand international headed narrowly over the bar.

Into the second half and, following a stunning 20-yard strike from Vitaly Janelt to draw Brentford level, Reid was forced to make a crucial intervention on the goal-line to stop Jordan Cousins’ header from looping over goalkeeper David Raya.

That stop proved crucial in sealing the three points as, five minutes later, Ivan Toney raced onto a loose ball to steer a first-time shot across Angus Gunn and into the far corner, keeping the Bees just seven points behind Championship leaders Norwich City. 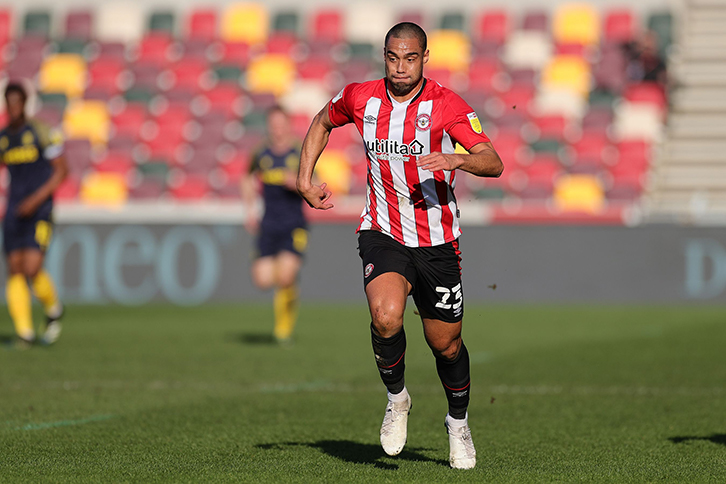 Ian Evatt’s side were completely dominant against the visitors to the University of Bolton Stadium, enjoying over 70 per cent possession, but were forced to wait until the third minute of stoppage time to clinch the result when Shaun Miller finished well from inside the area with virtually the last kick of the contest.

Playing on the left of a front three, Afolayan thrice came close to breaking the deadlock during his 70 minutes on the pitch, but was denied on all three occasions by Barrow ‘keeper Joel Dixon in inspired form – the pick of the bunch being a reflex stop from the forward’s near-post header.

West Ham United loanee Olatunji Akinola played the full 90 minutes of the match at home to Tranmere Rovers on Saturday, but was unable to stop the visitors from taking a 3-0 lead shortly after half-time through Paul Lewis, Kaiyne Woolery and Kieron Morris.

Orient did soon after pull a goal back through Jamie Turley, but for Akinola – who picked up his first yellow card of the season during the match – a tenth straight start did not provide the result the 22-year-old was looking for.

And in the Swiss Super League, fellow loanee defender Goncalo Cardoso played the full 90 minutes of FC Basel’s 3-1 loss at St Gallen, picking up a booking in the process.

Basel are now five games without a win in all competitions, but will hope to restart their season when they host Young Boys at St Jakob-Park on Wednesday night.