As part of West Ham United’s ongoing pledge of support to NHS trusts across east London and Essex, members of staff at Barking, Havering and Redbridge University Hospitals NHS Trust – whose Queen’s Hospital site is just around the corner from the Hammers’ Rush Green training ground – took part in the Home Kit’s launch campaign.

Lindsey Wood, Tony Kaura, Kate Baker, Biruk Tessema and John Mealey – all ardent Hammers fans – were given a first look at the new Kit as an expression of thanks for their tireless and crucial work during the COVID-19 pandemic.

With the Kit inspired by the iconic shirt worn by Paolo Di Canio and co at the turn of the Millennium, Mealey was delighted with its nod to that era.

He said: “As soon as I saw it, the first thing I thought was it’s back to the kit when Di Canio scored against Wimbledon. I really like the collar and the sleeve.

“The relationship between our Trust and the Club has just continued to grow. We are really grateful for the continued support the Club have shown us throughout the pandemic and even recently, in the thank you week for our incredible staff for what they’ve done for the last year-and-a-bit, we had a thank you video from the men’s and women’s teams and it’s really appreciated by everyone here at the Trust.” 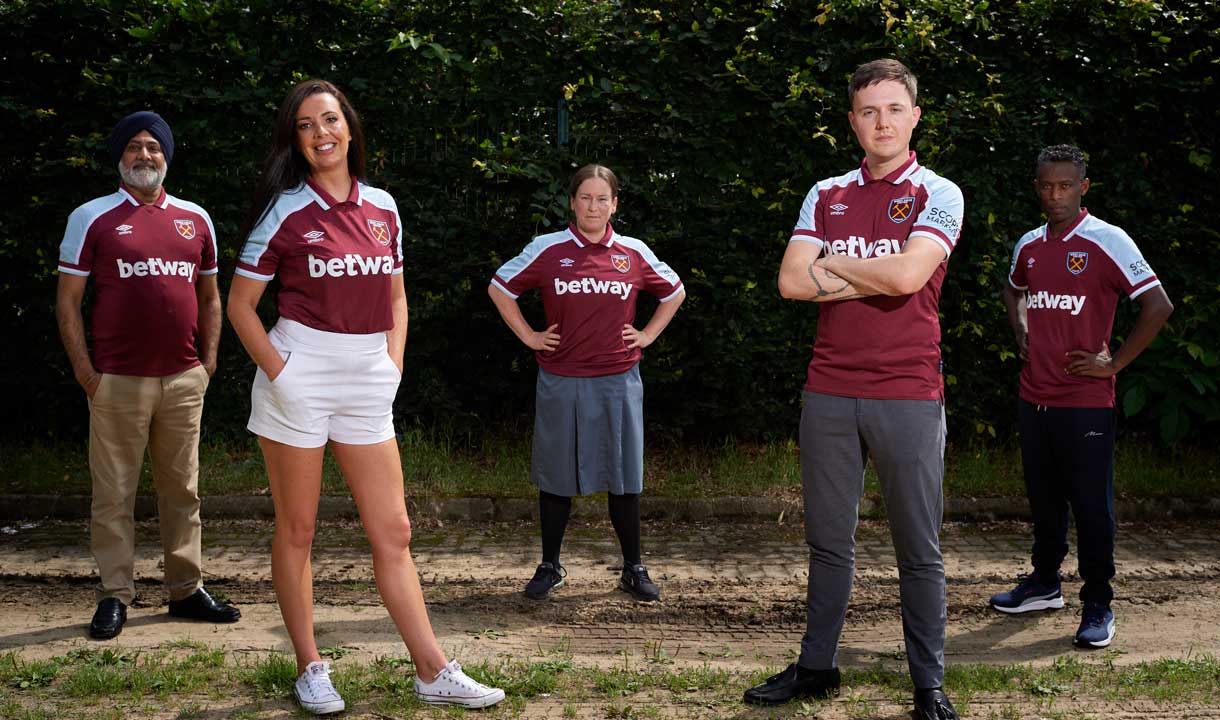 His thoughts were echoed by Kaura, who has worked for the NHS for 31 years and added: “It’s a lovely new kit and good to see it’s got a nice collar as well. The feel of it is very good and it’s got the right contrast of Claret and Blue.”

Baker, who began working at Queens Hospital after receiving life-saving treatment there for a previously undetected brain tumour,  was delighted for her fellow NHS workers to have the chance to see the kit first.

She said: “They’re a fantastic bunch here, the doctors and nurses, and all the therapists,” she added. “It’s been horrific on certain days, but we work well and get through it and fingers crossed we’re going to see light at the end of the tunnel.”

Everyone at West Ham United would like to thank all our NHS heroes for their amazing work and commitment during the COVID pandemic. 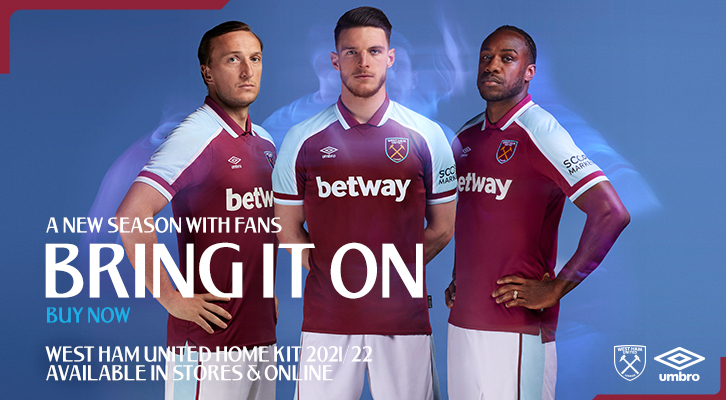