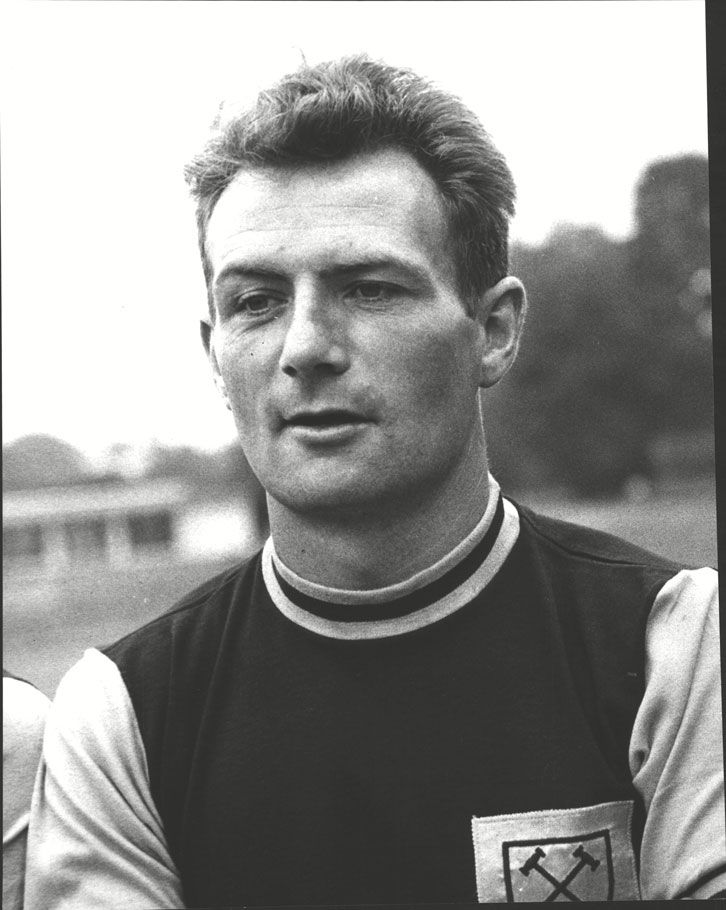 Everyone at West Ham United was saddened to learn that one-time Irons forward Dave Dunmore has passed away at the age of 87 on Sunday 11 July.

Dunmore spent a prolific year with the Hammers between March 1960 and March 1961, scoring 18 goals in 41 appearances, including a memorable hat-trick in a 6-0 First Division win over Arsenal at the Boleyn Ground in November 1960.

That treble was the highlight of an impressive scoring run that saw Dunmore net a total of eleven goals across eight consecutive matches in league and cup, as he forged a potent partnership with Scotland international John Dick.

Born in the town of Whitehaven in Cumberland – now Cumbria – in the far North West of England in February 1934, Dunmore moved to York and began his football career with local junior club Cliftonville before joining then-Third Division North side York City at the age of 17 in 1951.

A haul of 25 goals in 48 league appearances for the Minstermen saw top-flight Tottenham Hotspur pay £10,750 for his services in February 1954. Dunmore would spend the next six years at White Hart Lane, helping Spurs finish second and third in the First Division table in 1956/57 and 1957/58 respectively.

After scoring 23 goals in 75 league appearances for the north London club, the striker joined West Ham in a swap deal that saw 1958 promotion winner John Smith move in the opposite direction.

Dunmore kicked-off his Hammers career in a 2-1 home win over Blackburn Rovers on 19 March 1960, before netting his first goal in Claret and Blue in a 5-3 First Division defeat at Manchester United the following month.

The 1960/61 season proved to be Dunmore’s only full campaign for the Irons, but he made sure it was a memorable one by netting 16 goals in 30 games, including 14 in the league and one each in the FA Cup and Football League Cup.

After forming part of the Hammers’ team in the Club’s first-ever League Cup tie, a 3-1 home win over Charlton Athletic in September 1960, Dunmore embarked on his aforementioned scoring run by netting in the 3-2 second-round defeat at Darlington.

He subsequently netted in First Division fixtures against Fulham (one), Arsenal (three), Manchester City (one), Nottingham Forest (one), Cardiff City (one), Newcastle United (one in a record 5-5 draw at St James’ Park) and Wolverhampton Wanderers (two in a 5-0 home win).

His final goal came in a 2-2 draw with Stoke City in the FA Cup third round on 7 January 1961, and his final appearance in a 2-1 home league defeat by West Bromwich Albion in March of the same year.

While his time with West Ham was at an end, Dunmore’s career was far from over as he moved to Orient and was famously the club’s joint-leading scorer in their one and only season in the top tier in 1962/63, with 22 goals.

Dunmore netted more than 50 league goals for the O’s across four full seasons before returning to York City to end his days as a professional player at the age of 33 in 1967.

After spells with non-league clubs Worcester City, Wellington Town, Bridlington Trinity and Scarborough, and in Ireland with Sligo Rovers, he hung up his boots and returned to York, where he worked as a panel beater before retiring.

West Ham United would like to extend their sincere condolences and sympathies to Dave’s family and friends at this sad time.