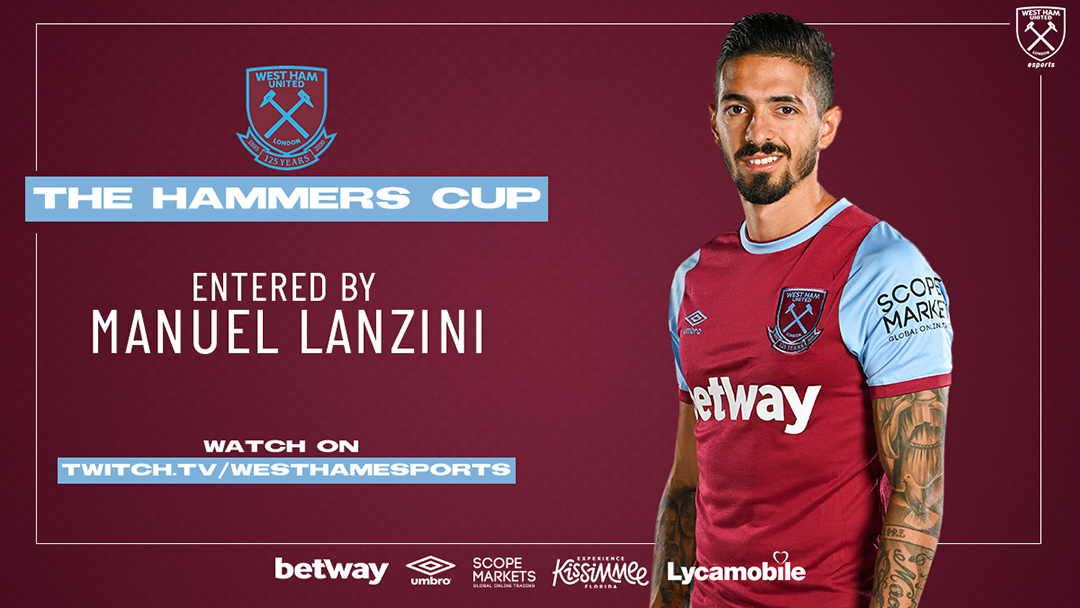 Up to 100 lucky Fortnite players – including Lanzini – will participate in an exciting tournament on Friday 29 January, 7pm until 9pm.

And we're delighted to reveal that the Hammers' very own diamond, Manuel Lanzini, will be playing!

The event will be broadcast live for fans to watch on the West Ham Esports Twitch channel.

The Hammers Cup comes at the culmination of West Ham United and Epic Games’ celebration of global football in Fortnite, with “Kickoff Set” Outfits available until the end of the week in Claret and Blue colours.

Following four rounds of solos Battle Royale mode, the winner of The Hammers Cup will be the player who amasses the most points as per the scoring system in the tournament rules.

Applications for The Hammers Cup are now CLOSED! We will be in touch with all applicants as soon as possible.