David Moyes believes his West Ham United side should continue to aim high when they travel to Crystal Palace on Tuesday evening.

The Hammers come into the contest having won five straight games in all competitions, aware that a win at Selhurst Park would take them into the top four of the Premier League with over half the season gone.

But speaking to broadcasters at his pre-match press conference, manager Moyes spoke of the need to balance ambition with patience in one of most competitive top-flight leagues in the world.

We want to be ambitious but we must be realistic

A win on Tuesday would take us fourth, but I think we’re a long way off a top-four finish at the moment.

We’re a work-in-progress and the team are doing an excellent job. We want to be ambitious, but at West Ham we always get asked these questions after we win a few games.

Overall, we’re a team that’s growing. This time last year, we were just outside the bottom three, trying to avoid relegation.

I think it has come as a big step. It would be an incredible step if we went further than that – we’ll try to, I’m not saying we won’t or can’t – but the realistic answer to a top-four finish is it’s probably beyond our reach.

Crystal Palace will be another close game

When you manage a club in London, you’re always going to get a lot of games which would be seen as derbies and rivalries.

Going to Crystal Palace is obviously another close-encounter game for us. We’re up against Roy Hodgson, who has a been a brilliant manager wherever he’s been with great results, and his longevity is fantastic, so it’ll be a tough game for us – but we have to try and keep our own form up and concentrate on what we do.

I always think that going to Crystal Palace is a tough game for anybody. They’re incredibly well organised by their manager. Going to Selhurst Park has always been difficult. We’ll try and go there with confidence. We played them quite recently.

It’s a quick turnaround since our last game, but we’ll be back to play Palace in a hard away game. That’s the way we’ll look at it. 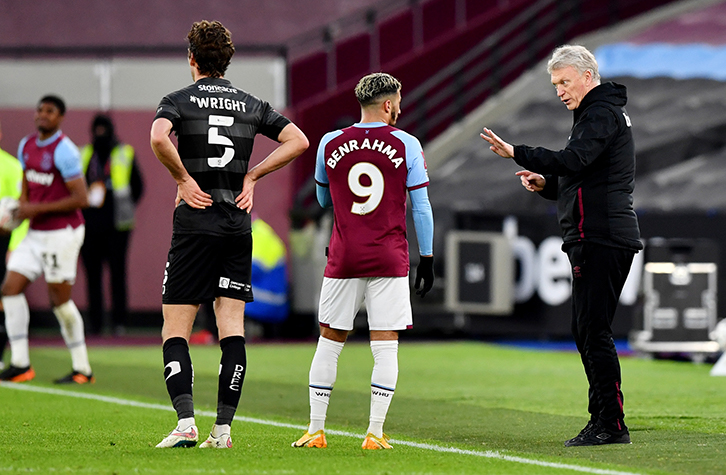 Saïd Benrahma is doing well for us

The biggest thing I’m working on with Saïd Benrahama is getting him used to the Premier League.

I don’t think we need to work on any one specific thing. You always bring people in and people expect so much, so quickly. Quite often, with the boys I’ve brought in from the Championship, I’ve never started them quickly, I’ve always taken my time and tried to bring them on at the right speed. Everybody wants things done much, much quicker these days.

I think Saïd’s doing well. He’s come on nicely. There are parts of his game I want him to improve on, but it’s a big jump up from the Championship to the Premier League and it doesn’t always happen overnight for everybody.

We want to build on our six wins in a row

We hope we can continue that. We’re certainly not getting carried away with it or taking it for granted.

We’re not going to come out at West Ham and promise something we can’t deliver. We’ve got ourselves in a really strong position where we can try and look upwards, and we are. We’re trying to be ambitious in our own way, but we’re also trying to be respectful of all the teams around us as well – there are some very good teams below us at this moment in time.

I might tell the players [to aim high] behind closed doors, but I certainly wouldn’t come out and publicise it because that’s quite often when you’re going to get shot down.

I’m trying to be ambitious and I want us to move forward, but I think you’d have to say we’ve done a lot of that already this year. We’ve made big strides forward already and, sometimes, then you’ll want even more.

I want more, but I know that it can only be small steps. We’re in amongst some incredibly good sides and there are quite a lot of good sides below us as well. We’re going have to play really well to keep them away from us. 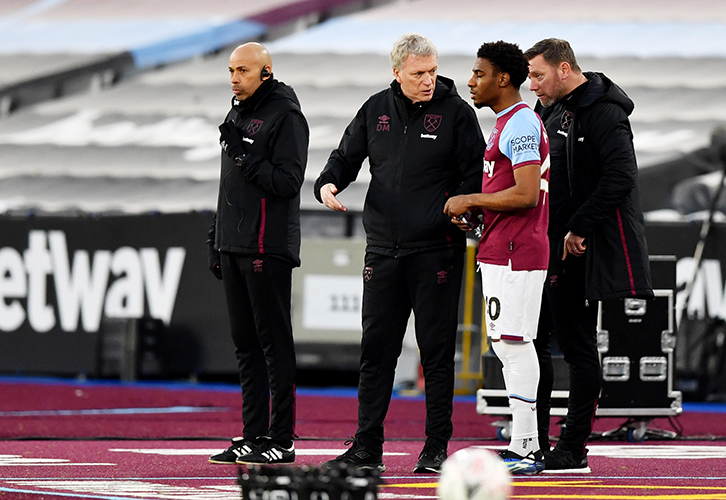 First and foremost, you always look within your own Club to see what you’ve got.

We’ve documented it quite well that we could probably do with another centre-forward, but Andriy Yarmolenko played really well as a centre-forward against Doncaster, so it gives us an option and something to think about.

We want to promote them and hopefully we can get a few more closer to the first team as we go on.