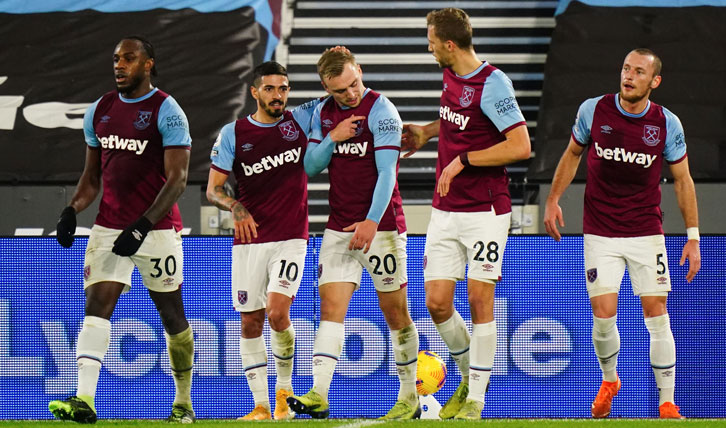 1. An historic first half

West Ham United’s win over West Bromwich Albion took David Moyes’ side onto 32 points from their opening 19 games of the season.

At the halfway stage of the 2020/21 campaign, the Hammers have more points than they have collected from their first 19 games in any top-flight season since 1985/86.

Back then, 35 years ago, there were 22 teams in the old First Division, meaning Lyall’s team played 21 games in each half of the season.

Amazingly, Lyall’s Irons collected 38 points from their opening 19 games and then won the next two to reach their own halfway stage with 44 from 21 matches.

Tuesday’s win also made it four wins out of four to kick-off 2021, marking West Ham’s best start to a calendar year since 1958!

Strangely, the Hammers knocked Stockport County out of the FA Cup during both four-match winning runs, having done so in the third round this season and fourth round 63 years ago.

Back then, Ted Fenton’s side also defeated Blackpool in the FA Cup third round and Derby County and Swansea Town in the old Second Division. The perfect start ended with a 2-2 draw at Fulham.

This time round, of course, the Irons beat Everton, Burnley and West Brom in the Premier League, in addition to that FA Cup win at Stockport.

Michail Antonio netted his 41st Premier League goal of his West Ham United career with the winner against West Brom on Tuesday evening.
Antonio is level with Carlton Cole in third in the Hammers’ all-time Premier League goalscoring charts, six behind Mark Noble in second, and seven adrift of Paolo Di Canio’s record of 47.

Antonio has now scored 13 goals in his last 20 top-flight games in Claret and Blue and has set his sights on breaking Di Canio’s record and reaching 50 Premier League goals before the current season is out.

On current form, who would bet against him?