Souček’s goal, the Premier League strike of 2021, made it five in his last ten appearances for the Irons and eight in 30 appearances since his January move from SK Slavia Prague. 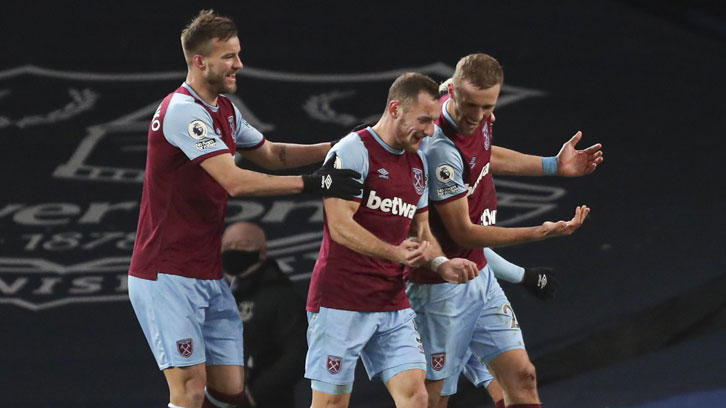 But, as every West Ham supporter knows, the Czech Footballer of the Year’s game is about far more than goals.
In fact, Souček ranks in the Hammers’ top three in virtually every statistical category listed on the Premier League’s official website.

The 25-year-old is first in aerial battles won, second in shots and interceptions and third in passes, tackles and clearances.

Vladimír Coufal and his wife Hana welcomed a new arrival to the family just before Christmas – baby daughter Natalie.
Natalie is the couple’s second child, joining three-year-old son Nicolas, and the right-back celebrated her arrival with an Instagram post.

And when his close friend and compatriot Tomáš Souček scored four minutes from full-time, it was Coufal he sought out to celebrate with, employing the traditional ‘rocking the baby’ cradle arms.

Craig Dawson has become the first West Ham United player since Marco Borriello in February 2014 to keep clean sheets on his first two Premier League appearances for the Club. Even then, Italian centre-forward Borriello only appeared as a substitute in the 2-0 wins over Aston Villa and Norwich City.

Nearly seven years on, Dawson started the goalless draw at Southampton and 1-0 victory at Everton to emulate the former Roma loanee’s feat. 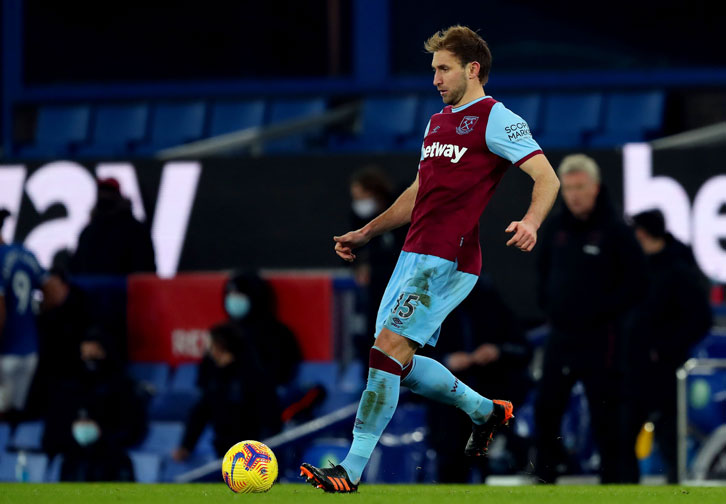 The centre-back has waited for his opportunity following his season-long loan move from Watford in October and, now it has arrived, he has not put a foot wrong.

The 30-year-old has made ten clearances and four interceptions to help the Hammers shut out two opponents who each kicked-off above the east Londoners in the Premier League table.

The life of a back-up goalkeeper is an uncertain one, with opportunities arriving at unexpected moments.

That was the case for Darren Randolph at Everton, where an injury to No1 Łukasz Fabiański late in the pre-match warm-up led to the Republic of Ireland international being handed a surprise start. 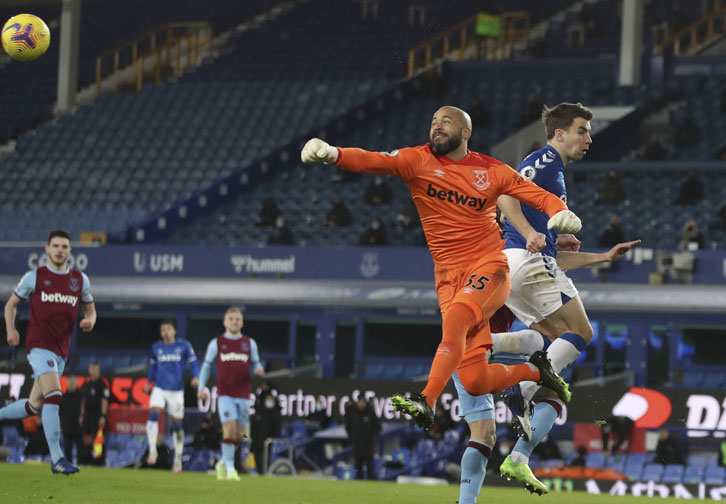 The 33-year-old showed all of his experience, professionalism and reliability to keep his seventh Premier League clean sheet and help West Ham United to a deserved win at Goodison Park.

Randolph was called upon to make just two saves, but he made them with the minimum of fuss, pushing Bernard’s dipping volley out for a corner just before half-time, before holding compatriot Seamus Coleman’s low shot midway through the second half.

5. The other side of Saïd

Benrahma is of course best known for his creativity and goalscoring but, at Everton, the 24-year-old’s defensive contribution was just as evident. 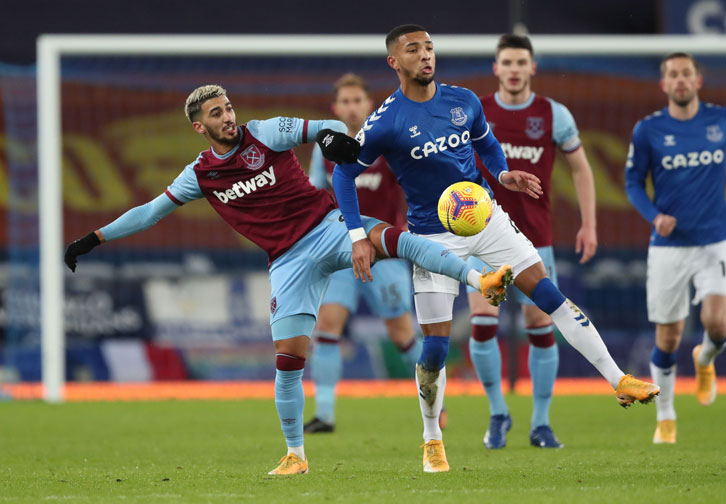 The No9 made two tackles, an interception and a clearance while making life as difficult as possible for the Blues to play out from the back and through the Hammers midfield.