The Hammers bounced back from defeat to Manchester United in the FA Cup in the best possible style on Monday, by easing to a 3-0 victory over Sheffield United.

For Johnson, he is always confident in his side’s ability to respond to setbacks - however few there have been this season - as he sees just how much effort goes into the preparation on the training ground.

And with a London derby next up, that work will not let up.

“I know how we train, I know how we prepare for games and I know we have that mental strength,” he explained. “When we lose a game we’re properly disappointed and we’re eager to get the result in the next game.

“The whole game was tough on Monday, but we got the result we wanted and we had a flow to our play in the second half. It was good to get the win and good to go into the top five.

“The manager has instilled that resilience in us, that even at 0-0 we don’t play within ourselves even if we’re not having the best game. We come out and give that extra ten percent to get in behind and create chances.

"In the past we’ve tended to struggle in games like Monday’s when it turned [after the early penalty was ruled out] and the momentum went with Sheffield United.

“But we played well, we got the goals and even when they had the ball and were probing, we looked strong. We’ve been strong all season defensively, and we looked sharp in attack too so it’s a joy to watch, for everyone watching us, and a joy to play in this team.” 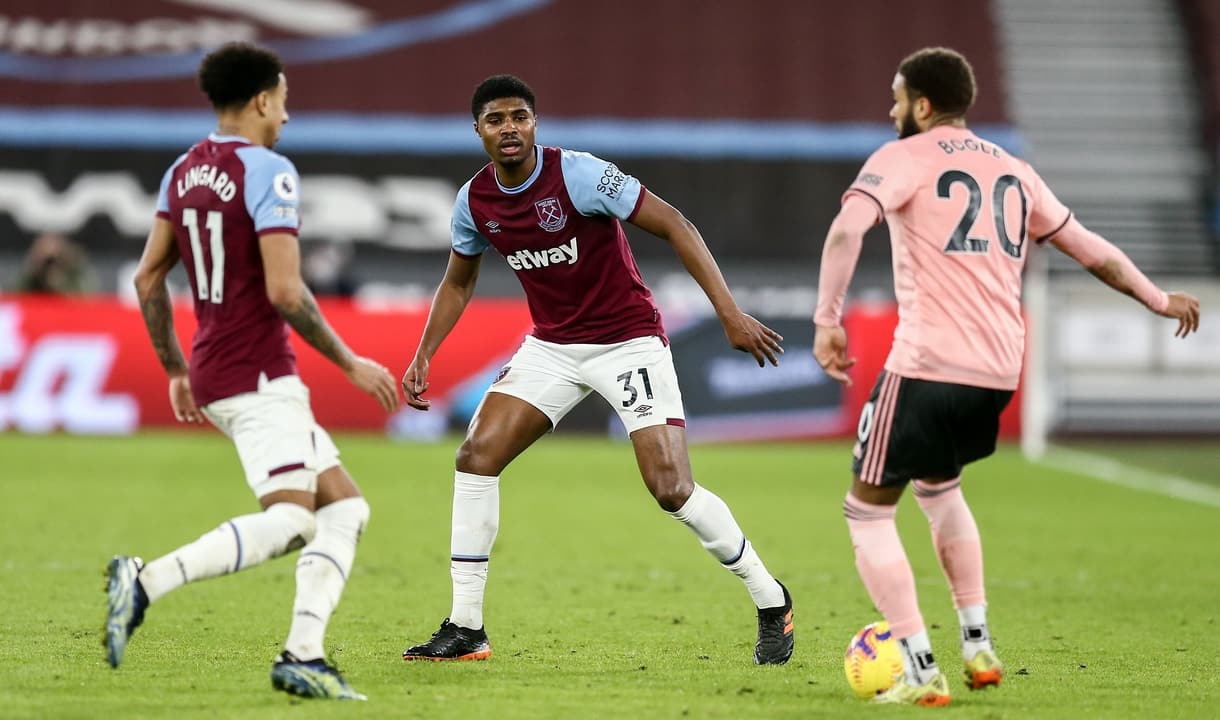 The dynamism of Jesse Lingard was pivotal to the Hammers’ success against the Blades, as the on-loan England man added to his two goals against Aston Villa by earning the penalty which got his side up and running just before half-time.

Johnson is enjoying playing with the 28-year-old and can already see how much he brings to the team.

“You can see the quality he brings to the side, just with his cleverness. He knows what he’s going to do before he gets the ball, so to play with him and give him the ball and be confident he’s going to do something with it is really nice.

“To have him here, and to see how he’s bounced back from not playing and having people doubt him is fantastic. You know he’s going to keep going and keep improving.”

On a personal level, the 21-year-old gave an assured performance at left wing-back and is feeling more at home in the side with every game he plays.

“I’m just blessed to be in the team,” he added. “The first thing is you have to work hard and you’ve just got to be focused. I think sometimes in the past maybe I’ve not taken my opportunity, or had lapses in concentration, but I’m just trying to keep focused and give my all in training - play as if it’s my last session or my last game.

“I know this is the start of my career and I want to play many games for this Club and have a good career in the Premier League, but I’ve still got to work really hard and keep pushing on every day. Even when you’re feeling tired you’ve got to keep working hard.”