With the fixtures beginning to stack up in the Premier League as teams approach their busiest portion of the season, West Ham United’s Fantasy Premier League managers may yet have the opportunity to capitalise on the Irons' impressive form so far this season.

Ahead of two Gameweeks in the next four days, here’s the FPL lowdown…

This one’s a no-brainer.

West Ham’s No20 has enjoyed a sterling season so far in Claret and Blue, and is starting to deliver match-winning performances on a consistent basis.

Writing prior to Wednesday’s fixture against Arsenal, the £6.5m-rated Bowen has played 70 minutes or more in 15 of West Ham’s opening 16 Premier League games, and – classed as a midfielder – has produced some outstanding points returns as a result.

Registering no fewer than three goals, seven assists and 65 points since Gameweek Five, Bowen’s totals of 33 shots, 27 shots from inside the box and 13 shots on target all place among the top four players in the Premier League over that time.

That kind of return has seen the 24-year-old overtake Michail Antonio as the Hammers’ top-performing player in the game mode, with 74 points to the No9’s 73 – but Bowen remains selected by just 7.4 per cent of players, presenting an attractive ‘differential’ option.

Declan Rice has seemingly been everywhere this season – and seemingly at every moment.

The West Ham vice-captain is one of only two top-flight midfielders – and eight outfield players – to have played every minute of football for their respective sides this season.

Anyone who witnessed Rice’s performance at Burnley will have appreciated the greater attacking thrust to his game this season, with the 22-year-old well on course, with a goal, three assists and 51 FPL points so far this season, to surpass his previous season best of 86 points.

Available at just £5.1m and improving every week, Rice proffers another purchase full of point-scoring potential during the back-to-back festive Gameweeks ahead.

Oh… and with so many matches, make sure you keep on top of transfer deadlines, as there are sure to be plenty of early cut-off points ahead! Gameweek 17's was Tuesday...!

First up for the Hammers, in Gameweek 17, is a trip to Arsenal and Emirates Stadium on Wednesday evening.

Mikel Arteta’s side have had three standout players in FPL terms: England internationals Aaron Ramsdale, a summer signing from Sheffield United who has the third-highest points total of any goalkeeper (70) and Emile Smith-Rowe, a bargain £6.0m midfielder whose price has soared from an initial £5.5m at the start of the season, with almost 1.5 million more managers selecting him now for his 69 points; and defender Gabriel, on 67.

Then, on Saturday, Dean Smith’s Norwich City visit London Stadium – and a tough start to life back in the Premier League has translated into its virtual equivalent.

With just two wins and eight goals from their first 17 games this season, the Canaries have offered few reliable FPL points scorers, although £5.9m-rated Teemu Pukki is the eighth highest-achieving forward so far this season on five goals and 60 points.

However, despite a 1-0 defeat to Manchester United for Norwich last week, the Canaries registered an encouraging Threat score – the metric introduced by FPL in which a score of around 100 usually accounts for a goal’s worth of chances..

The Canaries actually beat the Red Devils by 220 to 160 for cumulative Threat, the first occasion they have topped 200 this season, while Pukki has produced the sixth-highest cumulative Threat of any Premier League forward so far this campaign with 518. 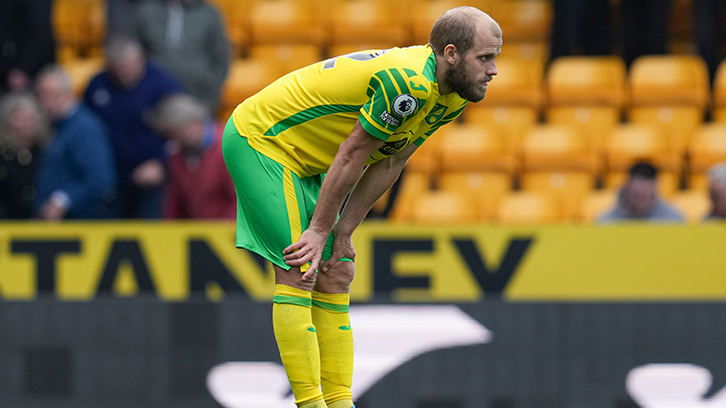 There are plenty of matches left in December, so it’s never too late to throw your hat into the ring and be in with a chance of winning our prize for this month: a first-team shirt – either home, away or third – signed by a player of your choice!

In other news, I’m delighted, from a personal perspective, to announce a massive rise up the table for my own side, ‘Did Souček The Door?’ (weak, I know): a spectacular jump up to… drum roll… 1,596th in the table!

If you’d also like to finish ahead of me, all you’ll need is our league code:  nlz9u2 - or you just need to click this link here.