West Ham United v Chelsea - All You Need To Know

West Ham United are back at London Stadium on Saturday lunchtime, when Premier League leaders Chelsea are the visitors for a mouth-watering derby date.

With London Stadium sold out - seats are available only via our Ticket Exchange - the atmosphere should be superb for our 12.30pm kick-off against Thomas Tuchel's side.

David Moyes' Irons welcome the Blues to Stratford seeking to end a run of three top-flight games without a win, having sandwiched a UEFA Europa League Group H win at Rapid Vienna with successive Premier League defeats on the road at Wolverhampton Wanderers and Manchester City and a home draw with Brighton & Hove Albion in midweek.

Despite those recent setbacks, West Ham sit fourth after 14 matches with 24 points and are one of just four Premier League clubs with a positive goal difference.

Chelsea, meanwhile, kick-off the weekend top of the table with 33 points from  their 14 games. The Blues have won ten of their 14 matches, conceding just six goals in the process.

Founded in June 2016 by Kevin Jenkins OBE (because of a longstanding desire to provide opportunities for children and young people in the London Borough of Newham and surrounding areas), Ambition Aspire Achieve (AAA) is based a stone’s throw from the London Stadium in Hermit Recreation Ground E16, where West Ham United played their first ever match.

AAA’s services support children and young people who are experiencing disadvantage and poverty, to overcome their multiple difficulties and follow positive pathways forward to achieving their full potential.

The West Ham United FC vs Chelsea FC men’s home fixture is aimed at helping to raise awareness and celebrate their fantastic work, which makes a difference and changes the lives of over 800 children every year.

If you would like to learn more about AAA’s work and how you can help, head to their website and contact their Chief Executive Jonny Boux by email.They thank you for considering to be part of the difference.

David Moyes is hopeful Aaron Cresswell will recover from the back injury he suffered when colliding with the goal post at Manchester City last Sunday, which caused him to miss Wednesday's Brighton fixture. The No3 is back in training.

Again, the Scot is likely to only be without Angelo Ogbonna, who is continuing his rehabilitation after undergoing surgery on a cruciate knee ligament injury.

Thomas Tuchel was without Mateo Kovačić (hamstring), N'Golo Kanté (knee), Ben Chilwell (knee) and Reece James (foot) for the 2-1 Premier League win at Watford on Wednesday night, while Trevor Chalobah was also forced off with a hamstring injury at Vicarage Road.

It remains to be seen if any of that quintet will be fit to face the Hammers on Saturday.

The performance and result were both highly impressive, as the reigning European champions swept aside an Italian side featuring UEFA Euro 2020 winners Claudio Bonucci and Federico Chiesa and a host of other seasoned Serie A winners and full internationals.

The victory was Tuchel’s 32nd in 50 games in charge. In that half-century of matches, his Chelsea team kept no fewer than 31 clean sheets and conceded just 24 goals – the latter eclipsing the club record set by former Chelsea boss José Mourinho.

Put in simple terms, the German has made an historically good start to his time at Stamford Bridge, where he followed Chelsea legend and former West Ham United midfielder Frank Lampard into the dugout in January.

A former 1.FSV Mainz 05, Borussia Dortmund and Paris Saint-Germain manager, Tuchel is living up to his reputation as an obsessive, hard-working, tactically astute and demanding manager.

The 48-year-old prepares his team for the challenge at hand, changing systems and personnel depending on the opposition, his own players’ form and the perceived strength of his upcoming fixture list.

He also appears to have that invaluable coaching quality of being able to inherit previously underperforming or disillusioned players and make them perform to a higher level on a consistent basis.

Like David Moyes, Tuchel has had to juggle his squad through three competitions – plus the UEFA Super Cup – this season, yet every team he has put on the pitch has looked organised and highly motivated.

The Chelsea boss undoubtedly has enviable strength in depth at his disposal but, as has been shown at certain other Premier League clubs in recent times, a football team is only as good as the way it is prepared.

While Tuchel has got the best out of many of his senior stars, he has also not been afraid to introduce youngsters from Chelsea’s impressive and highly invested in Academy.

The likes of midfielders Mason Mount and Ruben Loftus-Cheek, defender Trevor Chalobah and winger Callum Hudson-Odoi have all played their part in the Blues’ strong start to the current campaign, and have gelled seamlessly with the likes of the experienced Thiago Silva, Cesar Azpilicueta, N’Golo Kante, Jorginho and Romelu Lukaku, among others.

The result, or results, of Tuchel’s work have been spectacular, with Chelsea storming to the top of the Premier League table, reaching the EFL Cup quarter-finals and winning four of their opening five Champions League group-stage matches to qualify for the knockout stages with a game to spare.

With the Champions League and Super Cup already secured in his first year in charge, Tuchel’s next aim will be to secure Chelsea’s first Premier League title since 2016/17 come next May.

The way his squad is performing, it is going to take a very good and very well-prepared team to stop them.

West Ham United and Chelsea meet in the Premier League for the 51st time on Saturday. The Hammers have won 14 of the previous 50, with Chelsea winning 27, including both meetings last season, and nine draws.

Five of the Irons' 14 wins came at Stamford Bridge, including a 1-0 success two years ago this week, when Aaron Cresswell scored the only goal of the game and David Martin made an unforgettable debut.

West Ham's biggest-ever top-flight win over the Blues was at Stamford Bridge in March 1986, when John Lyall's side thrashed John Hollins' Blues 4-0. 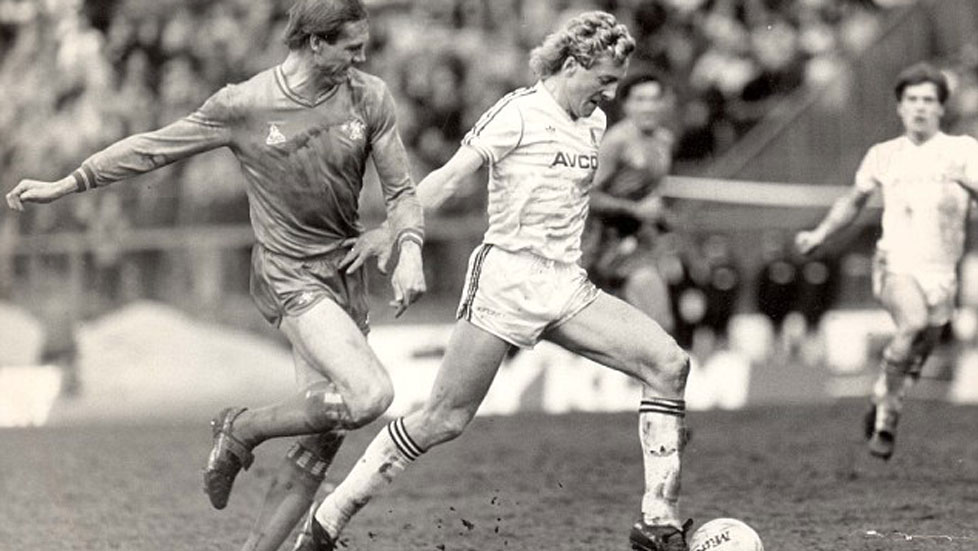 Our best home top-flight result against Chelsea was achieved in September 1930, when Vic Watson scored two goals in a 4-1 First Division win at the Boleyn Ground.

The highest-scoring top-flight game at Chelsea was in December 1966, when the two sides shared ten goals in a 5-5 draw.

Marriner, who turns 51 on New Year’s Day, was added to the Select Group of professional referees in 2005, and FIFA’s list of international officials in 2009.
Marriner has refereed a host of high-profile fixtures, including the 2010 Championship Play-Off final between Blackpool and Cardiff City and the 2013 FA Cup final.

He has refereed West Ham United on 40 occasions previously, but this is the first time he has controlled one of our matches this season.