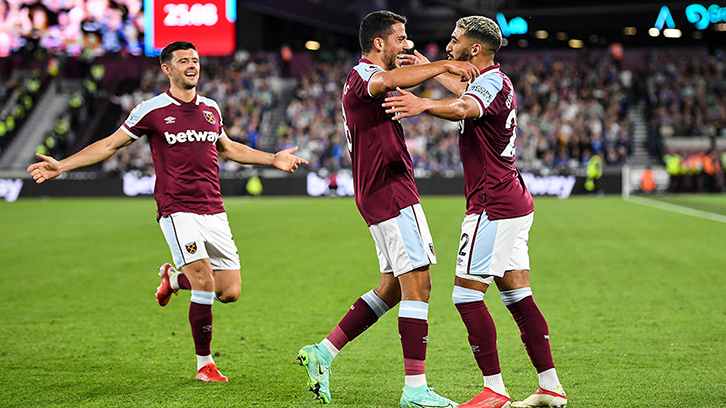 The goals kept on coming for West Ham United on Monday night against Leicester City – and that meant the Fantasy Premier League points did, too! 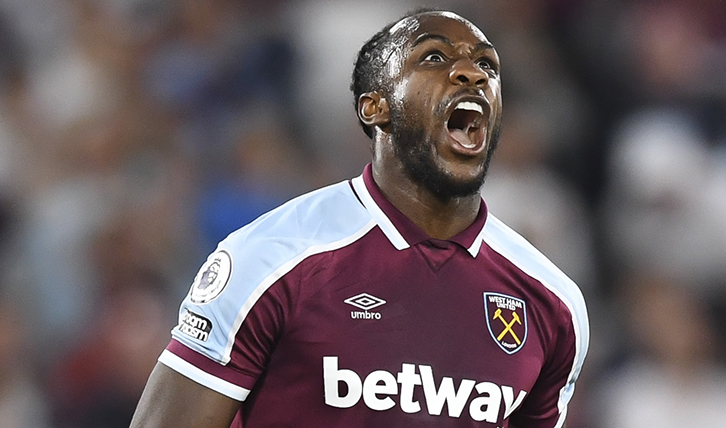 Just a week after being named in the game mode’s ‘Kings of Gameweek One’ squad – the highest-scoring XI of the week – for their displays at St James’ Park, Said Benrahma (12) and Michail Antonio (16) were back in the spotlight once again at London Stadium!

The duo once again scored maximum bonus points (two for Benrahma, three for Antonio) for the impact they made during the memorable 4-1 victory, with only Chelsea defender Reece James (18) scoring bigger than West Ham’s new all-time leading Premier League goalscorer this week.

But Antonio’s second successive dominant performance means the Hammers’ No9 is the top-scoring Premier League player thus far in terms of overall points (with 29), while partner-in-crime Benrahma is just behind him in that regard with 24.

Even more impressively, however, Antonio’s total in the Bonus Points System – which allocates specific points to certain contributions within games, ultimately determining which players get awarded bonus points for each fixture – shows that his performances have been some way ahead of those of his top-flight colleagues.

True, that is in no small part down to the No9’s three history-making goals thus far – but a total of 107 points in Bonus Points System is well ahead of the 67 points that Bruno Fernandes, also on three strikes for the season, has accrued.

The next-highest forward in the Bonus Points System is Aston Villa’s Danny Ings on 67, which reflects the quality of Antonio’s all-round contributions, while the next-highest scoring player in any position is midfielder Benrahma on 82 – also well clear of Fernandes. 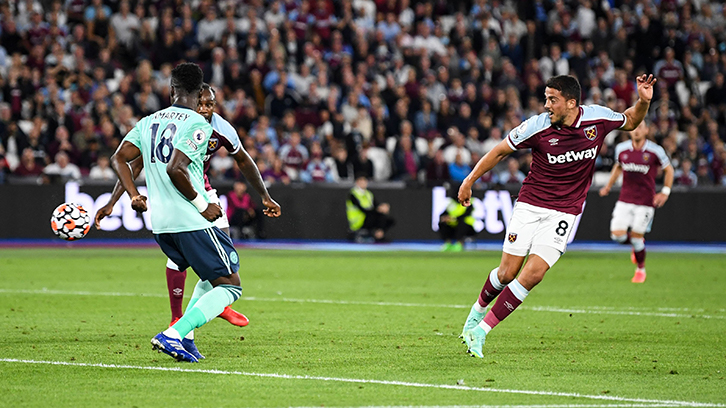 Every FPL manager worth their salt knows the types of players you need in your team to score highly on a one-off basis – but not everyone appreciates how to win titles, trophies, glory… or, well, that mini-league you set up with your mates, or whatever.

One crucial aspect of doing so is to be decisive in your ‘differentials’ – players who few other managers have selected, but who still score consistently enough to give you the edge over those who did not pick them in the long-term.

Antonio (selected by 35.4% of teams – a rise of almost 15% since the start of the season!) and Benrahma (now at 18.1%) cannot be classed as differentials, therefore – but being chosen by just 0.5% of managers in the game, Pablo Fornals most certainly does.

The fourth-highest scoring midfielder on 58 points (only one behind assist-wielding Paul Pogba), the Spaniard has offered a solid return for your £6.0m so far. A sound investment,  the No8 might just give you an edge in FPL terms this year.

Crystal Palace up next 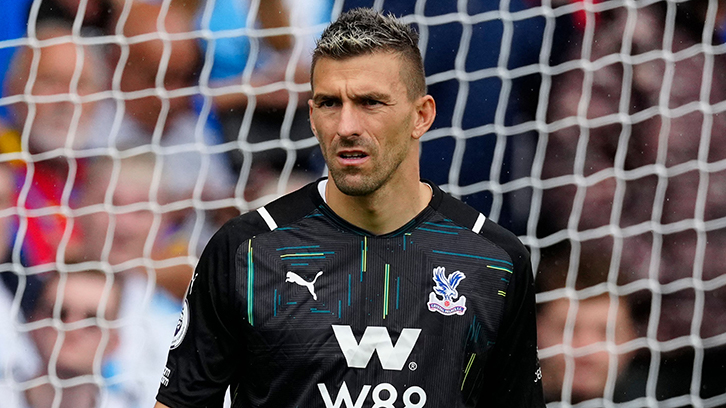 Only two teams conceded fewer goals in the top-flight than the Eagles, with four or more goals let in on five occasions – albeit admittedly all against ‘big six’ sides.

A 3-0 defeat to Chelsea on the opening day of the season saw that pattern threaten to bleed into Patrick Vieira’s first campaign in the hotseat.

But a much more solid showing in the 0-0 draw with Brentford saw Palace’s defenders impress, former Hammer Cheikhou Kouyate picking up a bonus point in that game to go with his clean sheet and take his total up to eight points.

Goalkeeper Vicente Guaita leads the Eagles’ squad with eleven points thus far – nine of which came against the Bees, thanks to three saves and two bonus points.

And with a wholly revamped squad this season – Vieira has overseen the recruitment of six players, including highly-rated young defenders Joachim Andersen and Marc Guehi – so those fortunes could be set to change in the long-term.

Some 28 departures across the first-team and academy make it difficult to identify prolific FPL points scorers, but talisman Wilfried Zaha (valued at £7.0m) has scored 120 points or more in each of the last five seasons, including 136 last year after netting eleven times and picking up four assists.

There are just a few days left for Gameweek Three transfers to be locked in – and the winner of our August mini-league prize will soon be decided!

For August, a first-team shirt – either home, away or third – will be signed by a player of the winner’s choice and delivered to them… so this weekend is your last chance to do so!

And if you’d like to get involved for September, to join, all you need to do is click this link here.

Who knows? There may yet even be time to propel yourself up the rankings and compete for the grand end-of-season prize!