Aaron Cresswell: What a great start to the season we’ve had

West Ham United defender Aaron Cresswell is cherishing the outstanding start to the 2021/22 season that he and his teammates have made.

Now in his eighth season as a Hammer, the 31-year-old left-back will have enjoyed few footballing occasions as utterly memorable as Monday’s at the London Stadium.

Not only did Cresswell help his team to a 4-1 win over Leicester City that took them to the top of the Premier League table for the first time in over 15 years, he also saw his teammate of six years, Michail Antonio, become West Ham United’s outright leading scorer in Premier League history.

Throw in the return of a capacity crowd to East London, with 60,000 vociferous supporters producing an electrifying atmosphere, and every ounce of collective euphoria was understandable at full-time.

“It was fantastic,” Cresswell smiled. “We knew that Leicester are a good team and have some really good players.

“I think the sending off [for Ayose Perez in the first half] has obviously gone in our favour, but some of our play tonight was fantastic. It’s fantastic to have all the fans back in, and what a great start to the season we’ve had.

“It’s still early on, but two wins – one on the road – has been a fantastic start. We want to continue that going into the international break and hopefully get another win here on Saturday.

“It was great to have the fans back! 60,000… and to come out on a Monday night like this! It’s brilliant – hopefully we’ll have the same on Saturday.”

Saturday, of course, sees a quick return to London Stadium for David Moyes’ Irons, when they host their first London derby of the season against Crystal Palace, with tickets on general sale for the match as West Ham hunt a third big-scoring win in a row. 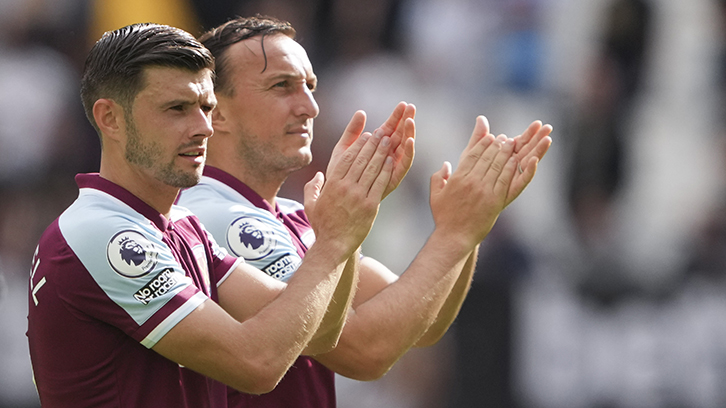 Monday night, however, saw the headlines largely written by Antonio, who not only set the record with a high-quality brace, but also set up Said Benrahma’s first goal in a West Ham shirt.

Then, of course, there was his ‘Dirty Dancing’ celebration involving a cardboard cut-out of himself!

“We heard a few little rumours that was going to happen, but I wasn’t quite sure and I forgot all about it!” Cresswell recalled.

“Dec and I were celebrating in the far corner, and then I turned around, looked at the bench, and there he is, picking up a big cardboard cut-out of himself!

“Mich’s been brilliant for us. I’ve been with him nearly my whole time here, and he’s played in numerous positions – right-back, right wing, left wing, up top – and he’s got 49 goals for West Ham in the Premier League. That’s fantastic for him.

“Mich’s had some bad injuries over the years, but we want to manage him well and make sure we keep him fit for as many games as we can this year. He’s so vital to us up top.

“Sometimes he’s unplayable, and two goals and an assist… he was in similar form against Newcastle last week. It was a fantastic performance.”

Momentum and confidence are surging through this West Ham team, with the Hammers the top scorers in the Premier League after recording successive four-goal hauls in their two games.

Cresswell concluded: “Throughout pre-season we played some great football, carrying on from the back end of last season.

“We took it into the start of this season and the lads up top have really kicked on this year. It’s fantastic for them.” 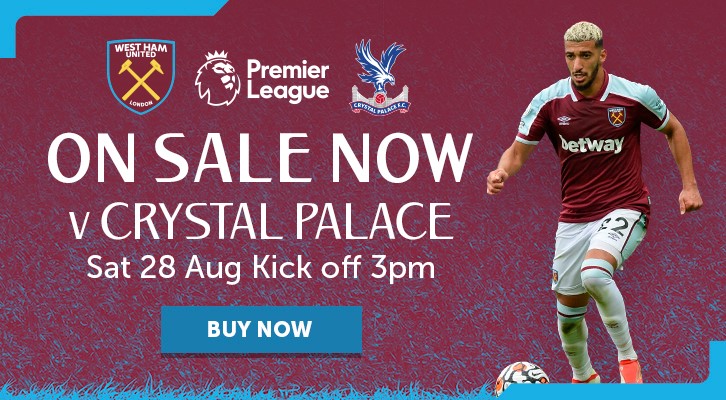