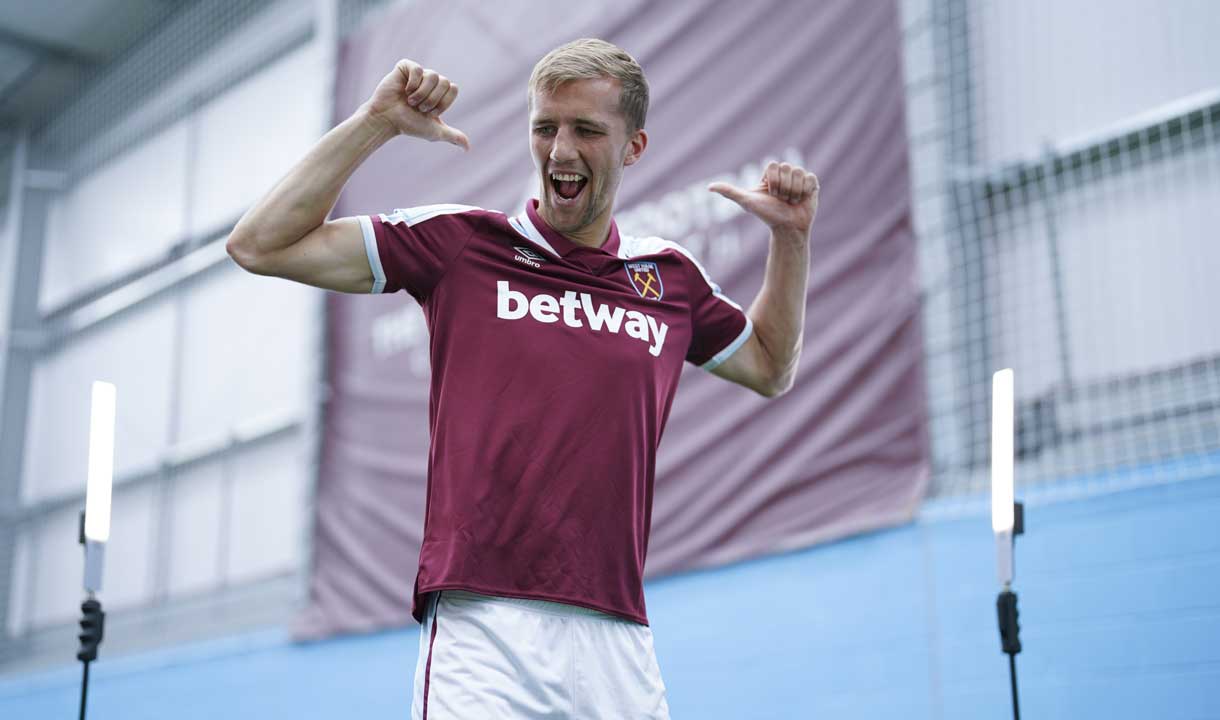 Arrive at London Stadium early for Monday night's Premier League clash with Leicester City to see Tomáš Souček be presented with his Betway Hammer of the Year prize.

The Hammers' Czech star was named Betway Hammer of the Year recently after winning a fan vote and was handed the honour in our live show broadcast on YouTube.

Now, the No28 will be given the chance to show off his trophy in front of a 60,000-strong capacity crowd and receive the richly-deserved acclaim of the Claret & Blue Army.

He will be joined by Jayden Fevrier, who will receive the Doris Bell Award, given to the outstanding scholar of the year, in receiving the award pitchside.

With a live interview with 2012 Play-Off final winning goalscorer Ricardo Vaz Te to come as well, we've got everything you need to get warmed-up for kick-off.

So please arrive at your set no later than 30 minutes before the 8pm kick-off to ensure you don't miss out.