David Moyes hailed his West Ham United team and the Claret and Blue Army after seeing the Hammers kick-off the new Premier League season with a thrilling 4-2 win at Newcastle United.

The Irons twice fell behind to Callum Wilson and Jacob Murphy headers either side of Aaron Cresswell’s equaliser, before producing a sensational second-half performance capped by goals from Saïd Benrahma, Tomáš Souček and Michail Antonio.

While the manager is not getting carried away, a 14th win in our last 23 Premier League matches has Moyes feeling good about his squad’s 2021/22 prospects… 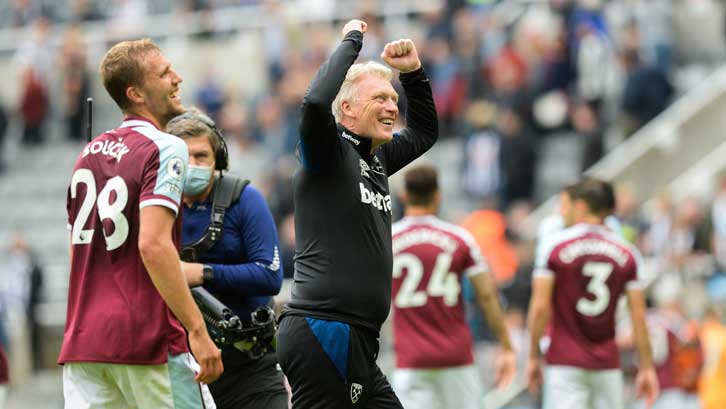 What a game of football! I’m sure everybody’s hoping for the same every week and if we win 4-2 every game, I’ll be thrilled!

I wasn’t happy going in at half-time 2-1 down because I felt we had made a poor mistake for the first and second goal as well, so I hope we can improve on that.

Overall, I thought we played really well throughout the game I think it would have been travesty if we hadn’t won the game because I felt we were the better team, but Newcastle were good opponents today and gave us a tough game.

There were 50,000 Geordies cheering them on and then we went a goal down after three minutes, having started the game really well and won a corner.

We were unlucky not to score from two corners and we didn’t quite get on the end of them, so there were a lot of things to be pleased about, but there were also things we need to improve upon.

We need to be more ruthless and work harder not to concede, but overall it was a great performance today, the players played really well and I hope we can keep it going. 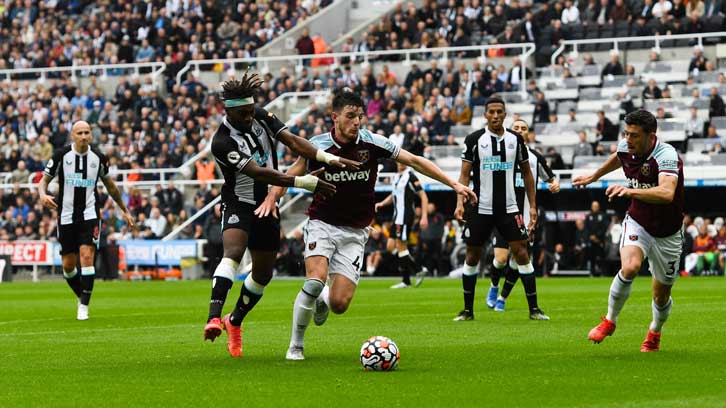 Declan Rice stepped up to another level today, I’ve got to say.

We’re beginning to have others lead, too. Aaron Cresswell is beginning to show himself in a different light as well. He’s a very good player and he’s starting to lead on a lot of things.

We know Michail Antonio led the line and got a great goal in the end, which I was pleased about, and then one or two others like Saïd are beginning to make impacts on the team, Jarrod as well.

Some of the play today from Saïd and Jarrod was fantastic.

People talk about us bringing players in and we’re trying to get players who can add to the way we play and make us be like that and not alter the way we play.

We want to continue because we can see we’ve got something to build on and that’s what we’ll look to try and do.

We know we’re going to need more players so we’re not kidding on, but if the team play like that every week, like today we didn’t need to make any substitutions until late in the game, more because I didn’t want to upset the rhythm and the way we were playing.

But we will need more players because at the end Declan was getting cramp and Saïd had taken a knock a bit earlier, so we’ve got to try and make sure we do it right if we can, but I have to say we played really well today.

We’ve only just started the build. I’ve kept saying if everybody wants it done right away, we can’t do that, but in the short-term I hope we’re getting something that the West Ham fans can believe in a little bit.

I hope they’re enjoying their football and we’ve got 60,000 coming to the game at home to Leicester next Monday, so let’s see what they can do! 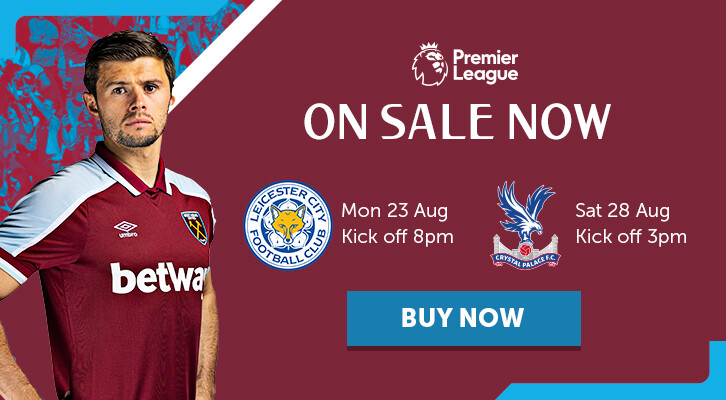