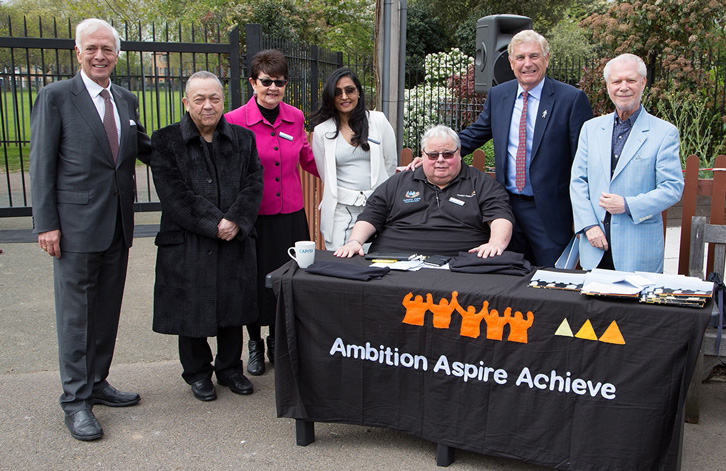 Everyone at West Ham United has been left deeply saddened by the death of a true east London hero, Kevin Jenkins OBE, at the age of 62.

He also co-founded the Newham Bereavement Centre, served as a school and college governor, was a member of Newham Health Authority and a host of other organisations and initiatives. He was made an OBE for his services to the local community.

Kevin gave his life over to working to make other lives better, as a Newham councillor and through his amazing work with Community Links and Ambition Aspire Achieve

Social action charity Community Links was founded in 1977 in Canning Town and has been helping residents overcome problems, thrive and achieve their goals for over 40 years. And in 2016, Kevin founded Ambition Aspire Achieve to provide opportunities for children and young people in the London Borough of Newham and surrounding areas.

With close links to West Ham United, AAA is based at the Terence Brown Arc in the Park at Hermit Road Recreation Ground in Canning Town, the first home of Thames Ironworks FC between 1895 and 1896.

The Arc in the Park facilities were funded in part by Joint-Chairmen David Sullivan and David Gold and sponsored by the charity’s patron and former Hammers Chairman and Honorary Life President Terence Brown, all of whom attended the opening ceremony in April 2017.

In January 2018, AAA became an official charity partner of the Club, further strengthening the links between the two.

The Joint-Chairmen paid tribute to the work done by Kevin in transforming the lives of thousands of young east Londoners.

“Kevin was a truly wonderful man,” said Mr Sullivan and Mr Gold. “He gave his life over to working to make other lives better, as a Newham councillor and through his amazing work with Community Links and Ambition Aspire Achieve.

“Ambition Aspire Achieve is a truly inspirational charity, providing activities, services and advice to young people of all backgrounds, and Kevin’s legacy will live on in the invaluable work the charity does to make things better for everyone.”

He said: “We’ve been deeply saddened by the news of Kevin’s passing. As a friend of the Club and Foundation, a Season Ticket Holder and someone who was extremely passionate about helping people across our local community, we had a strong relationship with Kevin and he has provided fantastic support to the Foundation over the years with numerous projects. We’ve also had the pleasure of working together on a variety of activities across Newham and we take some comfort in knowing that his work and achievements will live on.

“Kevin will be sorely missed and our thoughts are with his family, friends and colleagues at this time.”

To find out more about Ambition Aspire Achieve and how you can help improve the lives of young people in Newham and beyond, click here.