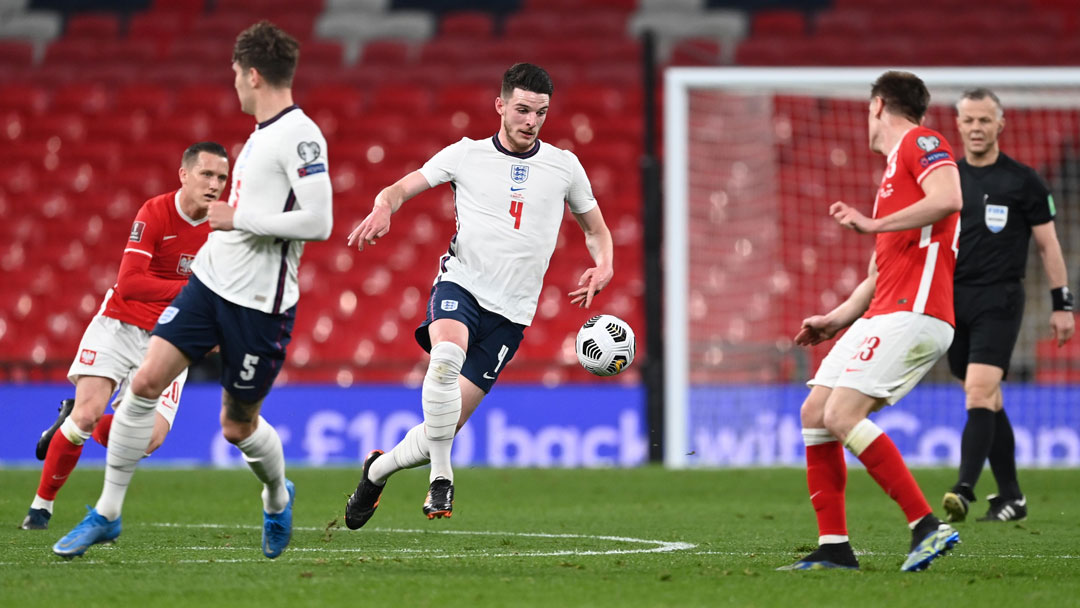 West Ham United can confirm that Declan Rice has started a period of rehabilitation to recover from a lateral knee ligament injury he suffered whilst away on international duty.

The midfielder unfortunately sustained the injury in the closing stages of England’s 2-1 FIFA World Cup qualifying win over Poland at Wembley on Wednesday evening.

Rice has undergone a scan and assessment under the supervision of the Club’s medical team, who will continually monitor the 22-year-old’s progress.

Head of Medical Services Richard Collinge said: “It was a rather innocuous challenge which has caused the injury but unfortunately these things happen in football. Declan has approached the situation positively and in an exemplary manner which is no surprise to us, while he’s in peak physical condition and we hope that will assist with his return to action. We started his rehabilitation immediately as we all target a full and speedy recovery.”

Rice added: “I’m of course disappointed to have picked up this injury but I’m in good spirits, have started my rehab already and hope to be back on the pitch with the lads soon. While I’m not able to be out there, I’ll be giving everything I can to work towards that and supporting the team as we look to continue our very positive season.”

Manager David Moyes added: "It is disappointing. We knew after the England game that he wasn't going to be available but anyway we move on. We have been over the disappointment of that feeling.

"It gives other people opportunities and that's what squads are for and hopefully we have got the squad to deal with it.

"We know we're missing a good player but the team has been playing really well this year."