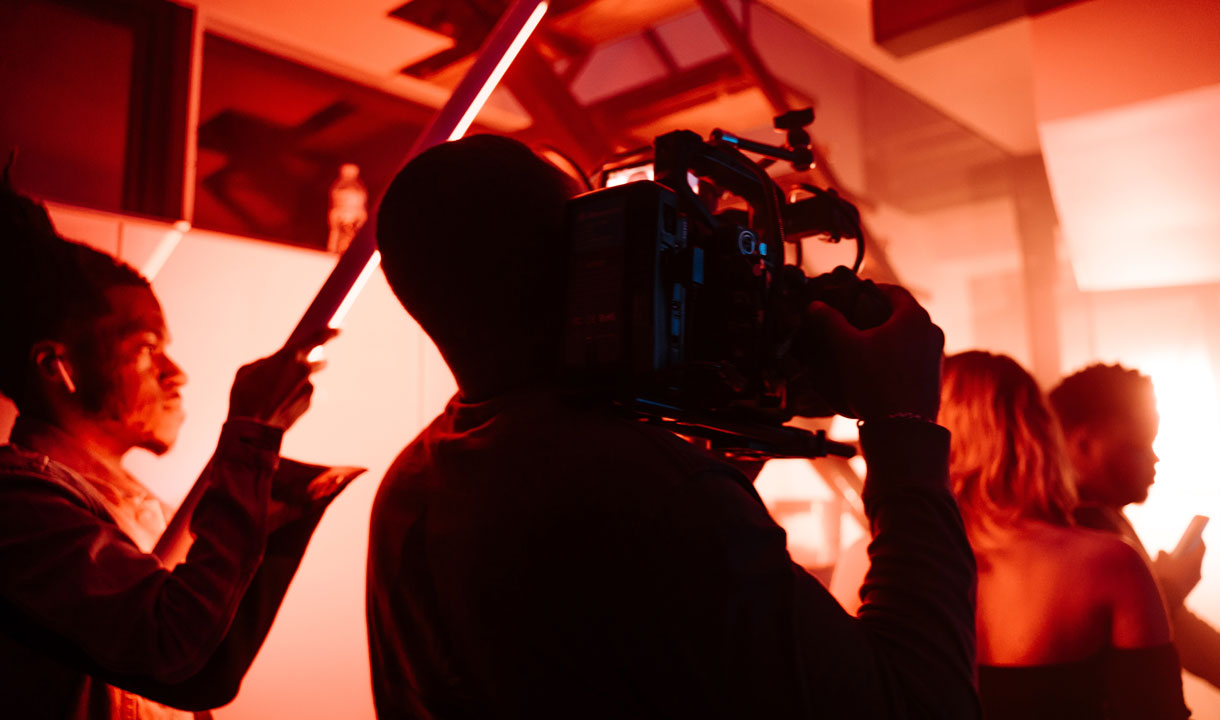 The West Ham United Foundation has partnered with Creative Wick to run a Film School programme aimed at young, talented 16–18-year-olds who have an interest and passion for film making and desire to develop a career within the creative sector.

On Wednesday, participants from communities surrounding Hackney Wick are to premiere their work to a live audience.

The free admission event, which is open to the general public, will run from 6pm to 9pm at Studio 9294 in Hackney Wick today, Wednesday 30 June. Tickets are available through Eventbrite or those not able to attend in person can watch the live stream on Creative Wick’s YouTube channel.

The three-month film education programme has been supported by the Premier League and Professional Footballers’ Association and helps young adults, including those who are not in education, employment, or training (NEET), within the residential communities surrounding Hackney Wick and Fish Island.

The structured course consisted of interactive online lessons and involved an array of guest speakers giving unique insight to the film making process. As part of West Ham United’s Players’ Project, Jarrod Bowen and David Martin helped to kick off the programme by attending the first session to answer the students’ questions about performing in front of the camera lens and how they deal with pressure, with both players noting that in any industry to succeed there is no substitute for good preparation and hard work.

Programme leader Tim Newton established the educational framework for the Film School and was assisted by a group of mentors, who are also local film and video creatives from Hackney Wick and Fish Island.

“Despite this year’s COVID restrictions, I’m proud to say our young filmmakers have risen to the challenge brilliantly to create a truly diverse slate of fresh and original shorts," he said.

"Comedy, documentary, art film, drama - this year’s showcase has it all.  It’s a real credit to the vision and enthusiasm of our students, guided along the way by a dedicated team of established east London filmmakers. For some of our alumni, this has been their first foray into the world of film, but if their work here is anything to go by, it certainly won’t be their last. Welcome to the new kids on the block!”

The aim of the Film School is to provide those participating with a realisation of what they are capable of achieving, and an opportunity which can lead to further training, education or employment in the near future; developing a rewarding career in the film industry.

All six students will premiere their final film at the free admission event to an audience including the general public, local residents, their mentors and partner organisations, as well as friends and family. The films premiering this year will include an experimental piece, a comedy, the spoken word, a music video, and documentaries.

This music video is about the individuality of South London and shows how every day we walk past street art and creativity without respecting that we’re living in a gentrified city and one day it’ll all be gone. We’re all still trapped in our pandemic bubble, we need to remember to take off our masks and appreciate what has always been there for us: the outside world.

Our 4th Industrial Revolution addresses the current and forthcoming impacts of technology on young people and their society.

After a chance encounter while out running Hannah and Timothy undergo a love story in three parks.

A mixed-media piece that follows the main character, Dana, as her home, as she knows it, changes. Her best friend Caleb is nowhere to be found and there’s no trace that he ever existed except for a single polaroid from the day before he went missing.