Tomáš Souček: It was a great honour to captain Czech Republic to victory over Netharlands 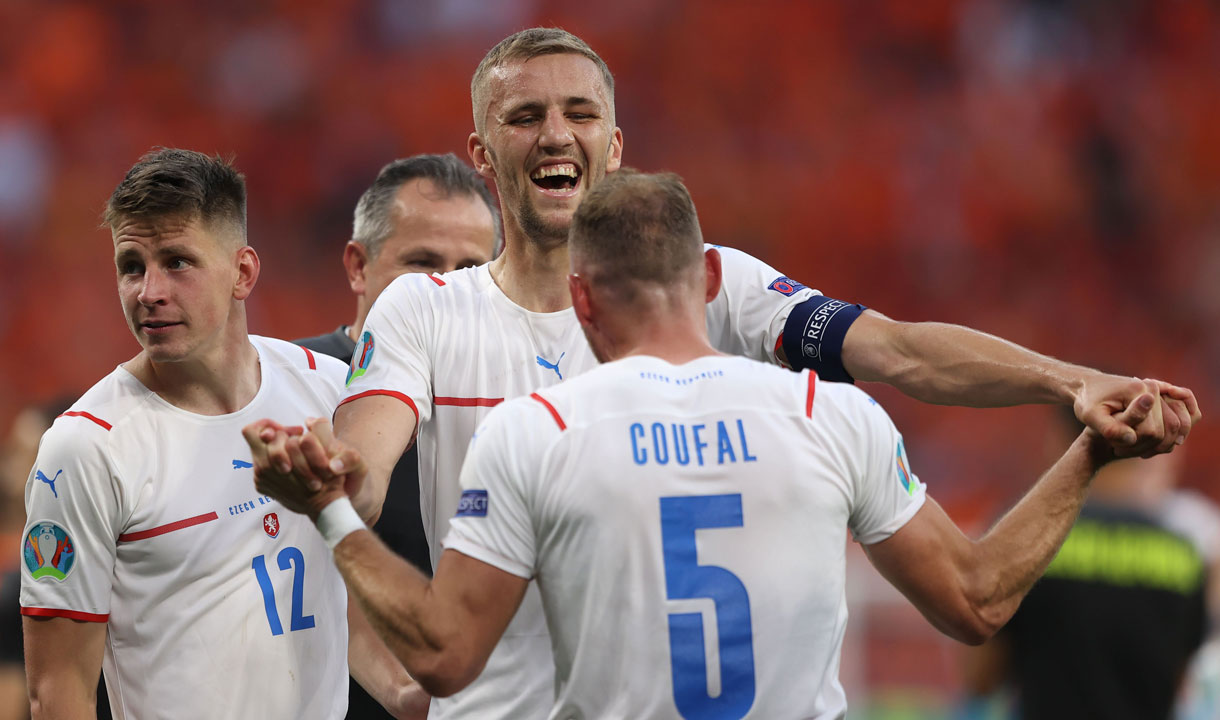 Tomáš Souček was full of pride after leading his country to the UEFA Euro 2020 quarter-finals on Sunday evening.

The West Ham United midfielder took the captain's armband for the day, with regular Czech Republic skipper Vladimír Darida out injured, and he led by example as his side upset Netherlands to win 2-0 in Budapest.

Souček, who lined-up alongside his Hammers teammate Vladimír Coufal for the fourth time at the tournament, came close to giving his side a first half lead with a leader which dropped narrowly wide, before they took advantage of Matthijs de Ligt's red card in style.

Tomáš Holeš nodded the Czechs into the lead midway through the second half, then Patrik Schick's fourth goal of the Euros sealed the deal late on.

It all set up a quarter-final meeting with Denmark this Saturday and Souček could not hide his delight at the final whistle.

"It is a great honour [to wear the captain's armband]," he said. "I wanted the boys to be able to rely on me on and off the field.

"We work hard and that proved again today. The Netherlands was the favourite - they have one star next to another - but we didn't let them into the game so much and I'm very happy how we ended it in the second half.

"[We play Denmark next and] they are also great, we have to prepare for them to make it look like today. There will be plenty of time to prepare, but our journey through the tournament definitely does not have to end."

Sunday's victory over Netherlands was played in front of a 53,000 crowd in Budapest and Souček was thrilled to share the moment with the Czech supporters.

"It was amazing, over 50,000 fans and ours supported us throughout the match," he added.

"We are glad that we were able to give it back to them with performance and a win."