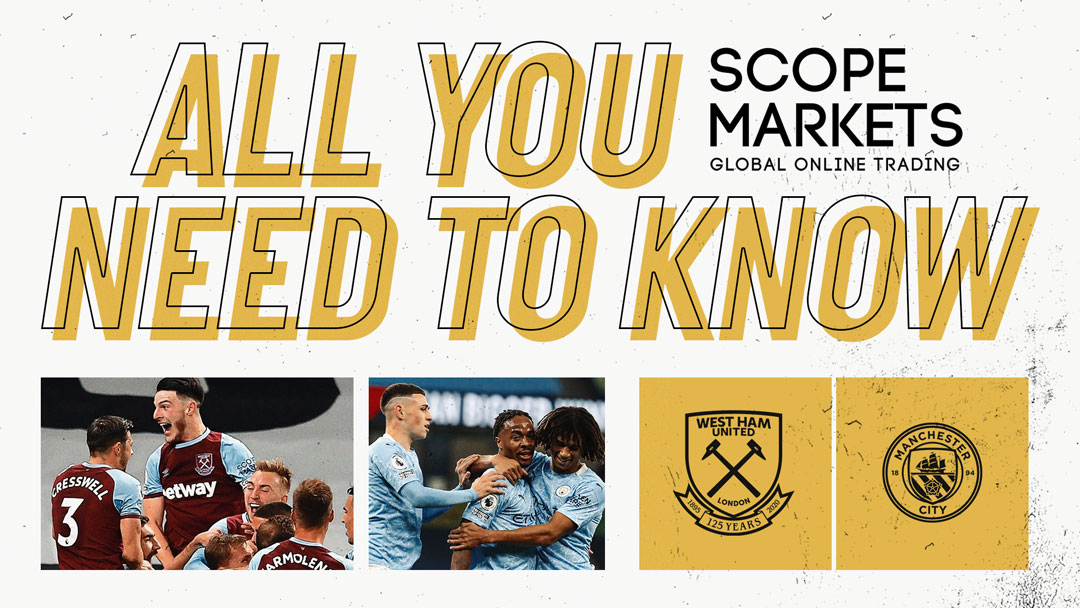 West Ham United continue their 2020/21 Premier League campaign with the visit of Manchester City to London Stadium on Saturday.

The game will be played without fans present due to COVID-19 restrictions, but will be screened live in the UK by BT Sport and across the world by the Premier League's international broadcast partners.

The Hammers welcome Pep Guardiola's squad to east London seeking to build on an encouraging run of seven points from three matches, including wins over Wolverhampton Wanderers and Leicester City and an historic come-from-behind 3-3 draw at Tottenham Hotspur last Sunday.

West Ham kick-off above City in the Premier League table, with both teams on seven points but the Hammers have a superior goal difference by four goals. Saturday’s game marks the end of a run of 21 Premier League meetings dating back to 1 March 2009 that have seen City above West Ham in the table at kick-off.

Manager David Moyes will not be intimidated by facing City, either, as he has a decent career record against them, with 13 wins, four draws and 14 defeats.

City, meanwhile, arrive in Stratford having won both matches they have played since the October international break, 1-0 at home to Arsenal in the Premier League and 3-1 over Porto at the Etihad Stadium in the UEFA Champions League on Wednesday evening. 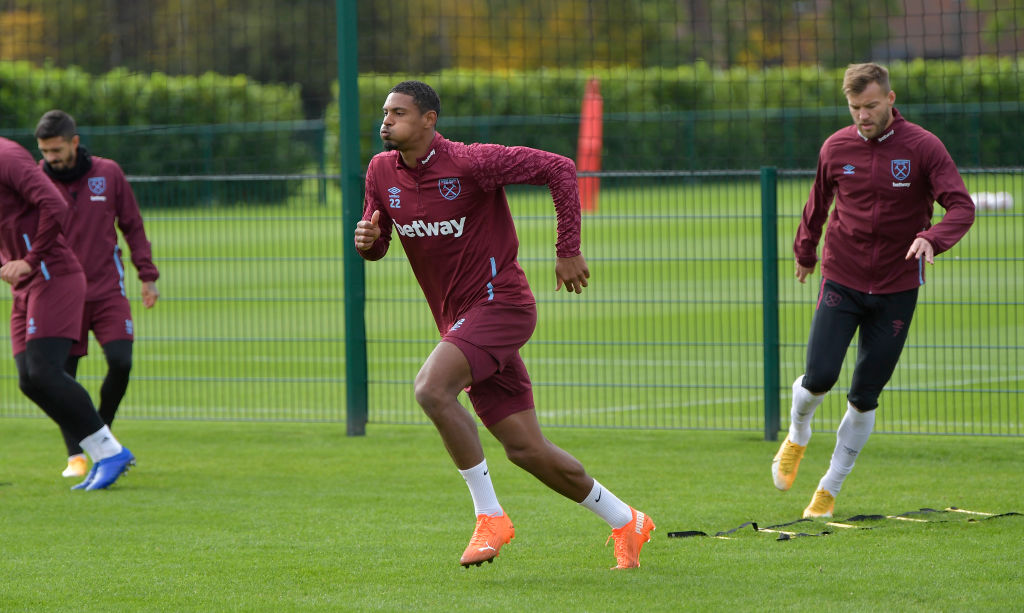 David Moyes reported a clean bill of health during his pre-match press conference, with centre forward Sebastien Haller fit again after missing the 3-3 draw at Spurs with a minor injury.

Moyes could hand debuts to new signings Saïd Benrahma and Craig Dawson, while Vladimír Coufal could make his first appearance at London Stadium.

Pep Guardiola will be without Brazil striker Gabriel Jesus, his compatriot and club captain Fernandinho and France left-back Benjamin Mendy.

However, Belgian playmaker Kevin De Bruyne and Spanish defender Aymeric Laporte are back in training after missing the Arsenal and Porto victories.

Not for the first time in Pep Guardiola’s time at Etihad Stadium, Manchester City are seeking to re-establish themselves as the top team in English football.

The Spaniard has enjoyed unprecedented success since arriving on the blue half of Manchester in the summer of 2016, winning back-to-back Premier League titles in 2017/18 and 2018/19, completing a domestic treble in the latter.

But City have yet to conquer Europe, being knocked out at the quarter-final stage of the UEFA Champions League in each of the last three seasons.

Liverpool’s emergence under Jurgen Klopp saw the Reds crowned English, European and World champions over the last 18 months, leading some observers to question if, four seasons into his City project, Guardiola had lost his magic touch.

Sure, City were still playing intricate, eye-catching football, but they lost nine Premier League matches last season and were beaten in the Champions League by French side Lyon. 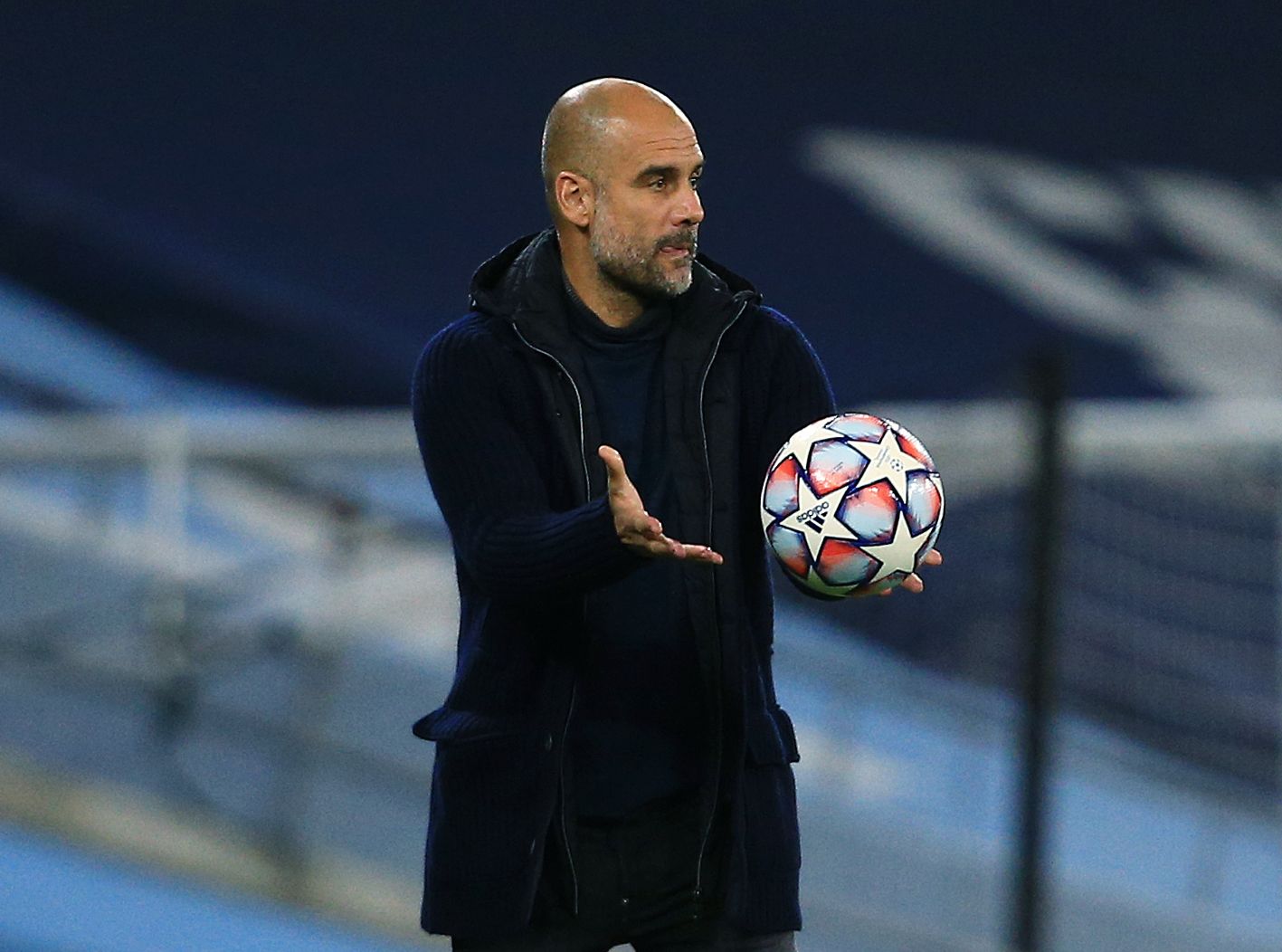 The start of the current campaign has produced more questions than answers, with a 5-2 home thrashing by Leicester City casting further doubt over City’s hopes of regaining top spot.

However, only a fool would write off a manager who has won eight League titles, five domestic cups, two UEFA Champions Leagues and three Club World Cups since 2008.

City used their considerable resources to add two new centre-backs in Ruben Dias and Nathan Ake to a squad that already contains three of the world’s best attackers in Kevin De Bruyne, Raheem Sterling and Sergio Aguero, plus as host of other international stars.

With Liverpool also stuttering, the Premier League title is up for grabs, while City will again be among the favourites to win the Champions League.

West Ham United and Manchester City meet in the Premier League for the 39th time this afternoon.

City have had the best of things down the years, winning 23 of the 38 meetings between the two, while West Ham have won just nine, with six draws.

City have also enjoyed their visits to London Stadium since the Hammers moved to Stratford in 2016, winning all four Premier League matches here by a combined 17-1 scoreline.

West Ham's best Premier League result against City was a 4-1 win at the Boleyn Ground on 11 November 2000. 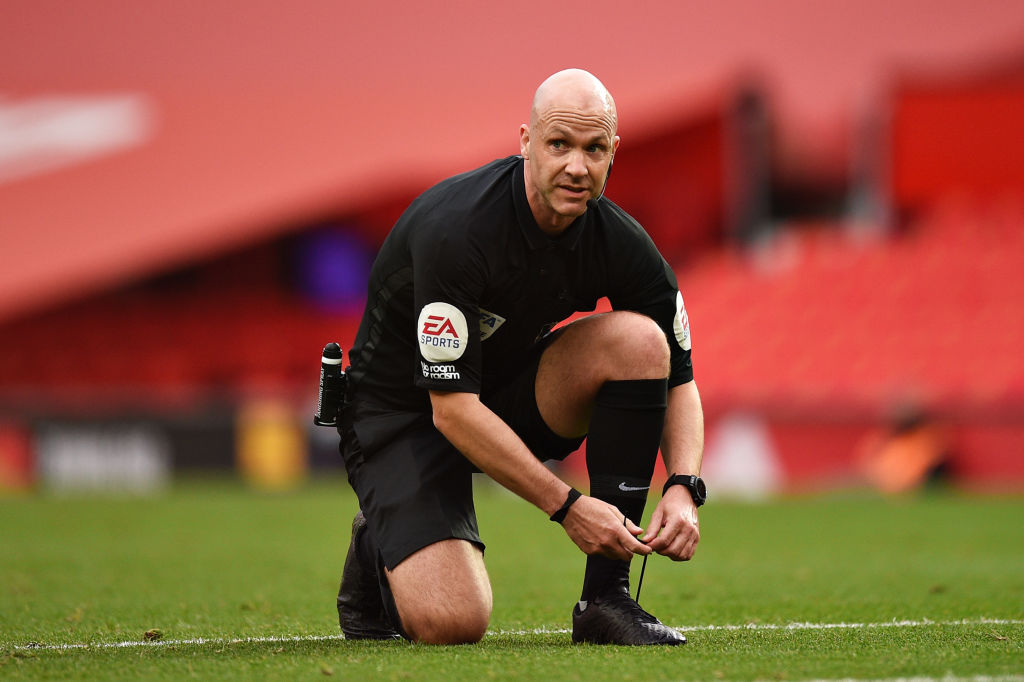 He later took charge of the 2015 FA Community Shield, 2017 and 2020 FA Cup finals between Arsenal and Chelsea and the 2018 Championship Play-Off final between Fulham and Aston Villa.

The 42-year-old has been busy already this season, too, refereeing the UEFA Super Cup final between Bayern Munich and Sevilla, the UEFA Nations League match between Italy and Netherlands and four Premier League games, including Leeds United 4-3 Fulham and Manchester United 1-6 Tottenham Hotspur.

Taylor has refereed West Ham United on 26 occasions, but this will be the first time he has officiated a Hammers versus Manchester City fixture.